If you were a daring kid growing up in San Francisco in the 1970s or 80s, you may remember going out to Mountain Lake Park at the edge of the Presidio where there used to hang a rope swing.

Longtime Richmond District resident Dennis O’Rorke shared these photos with the Facebook Group "I grew up in San Francisco's Richmond district, ca. 1950-1975", and they were subsequently picked up by the Richmond SF blog. 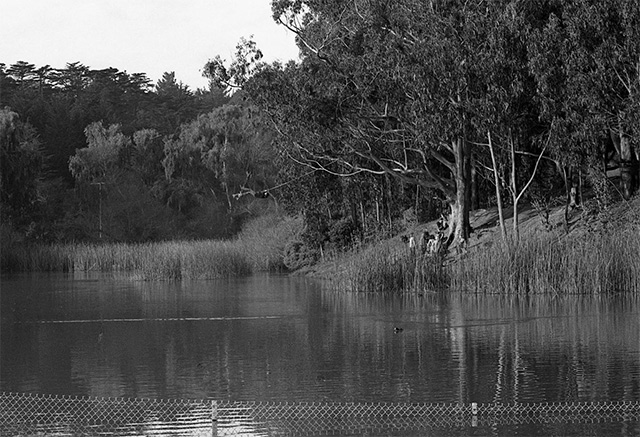 Writing for OutsideLands.org in 2001, neighborhood native Woody LaBounty suggested the rope swing on the northeast side of Mountain Lake was still there at the time, 16 years ago, and had "hung from a tall eucalyptus since I was a boy thirty years ago."

Mountain Lake Park ... served as our backyard. The kids from 11th Avenue spent half their childhood inside it.

We'd start as toddlers with the swings and slides in the playground on the west side of the park. Then as we grew older and more independent we had forts and tunnels inside the tangle of gnarled low trees that lined the "Parcourse" exercise path.

The meadow, so small to me now, served as our baseball diamond and any fly ball that landed past the big pine was a home run. We'd get daring and climb on the roof of "old man shack," an enclosure where fedored and suit-coated gentlemen of a certain age played cards.

The lake's backwater served as "the swamp." Under the tall bushes, the water completely covered in bright green peat moss, we were pirates or explorers like de Anza. Here we often found stray pieces of pornography or ripped-out excerpts from the dirty parts of Judy Blume books. The swamp looked like it could swallow you up at any time, and the magazine detritus just added to the dangerous feeling. 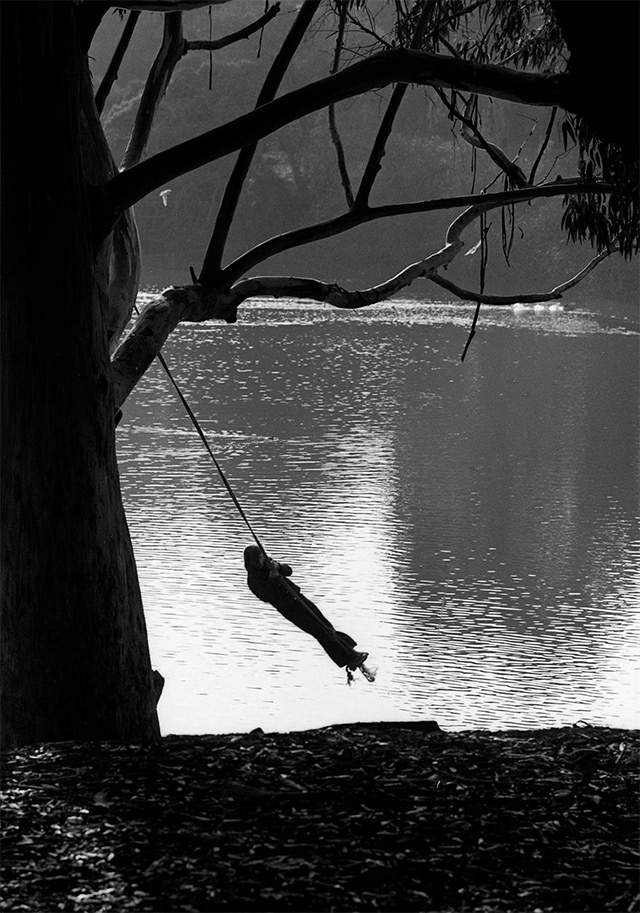 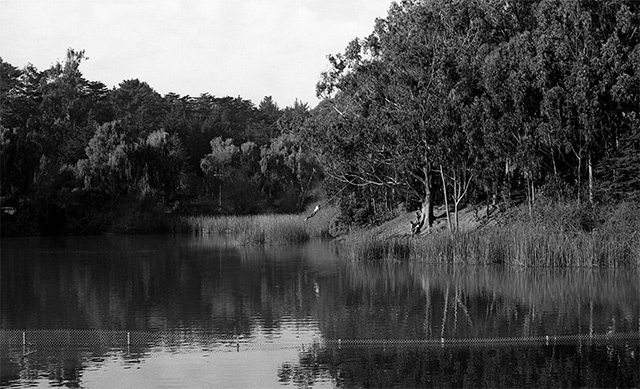 Architecture nerds mostly love the Morphosis-designed San Francisco Federal Building at 7th and Mission, but it's also a contemporary building that plenty of San Franciscans love to hate. In honor of its 10th

Remember this month’s tale of a Berkeley student who claimed he was racially profiled and detained illegally, held in jail for almost two days without being able to see a lawyer, and

—
Photos: Remembering the Rope Swing At Mountain Lake
Share this