What's the one San Francisco thing that's now gone that you miss the most?

Thanks,
Misty and Water Colored

I miss a lot of things from my San Francisco past, more and more things every year, it seems. And I miss certain things more than others dependent on the season. At Christmas, I definitely miss the carnival rides on the roof of the Emporium building, and how Macy's used to scatter fake plastic snow throughout their Christmas themed "Bayberry Row" display. At Halloween, I miss the Castro Halloween celebration, back when it actually happened, and was only a couple of blocks long.

But come summertime, I miss the Coronet Theater more than anything else, and have ever since it closed in March of 2005 (it was replaced by a senior care facility).

The Coronet Theater, which opened in 1949, was on Geary Blvd, between Arguello and Stanyan, a massive single screen theater that could seat over 1,300 people. Thirteen hundred! It didn't have a balcony, but did have a "loge," which cost a buck extra to sit in because of its stadium tiered and rocking seats. It wasn't as ornate as theaters like the Castro or the Alhambra (RIP), but it did have beautiful murals on its walls and sweeping hallways that accessed the theater on either side. And like I said, it was huge. It also screened its films in 70mm and Dolby six track stereo, which is why almost all of the summer blockbusters would open there. 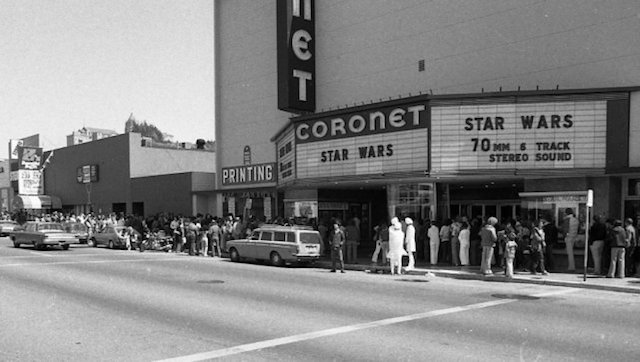 The Coronet Theater was where every San Francisco kid saw during the summer of 1977, including me (although I have more vivid memories of seeing it again almost six months later, for my birthday). And it was where I would continue to have very memorable movie-going experiences as the years went on. I saw Blade Runner there in 1982, a sneak preview showing the night before it opened. I saw a sneak preview screening of Richard Gere's remake of Breathless, which opened a week later with a completely different ending. I saw Aliens the weekend it opened, with a packed house that was INTO IT. I waited in line for hours with high school friends to see Tim Burton's Batman on opening night.

Yes, we waited. For HOURS. This was back in the days before advance ticket sales and reserved seats. You had to wait in a growing line that curved around the parking lot next door, and up Stanyan street, like an ANIMAL.

And we liked it!

I review movies now, so rarely do I actually have to stand in line to see one. And I'm not complaining, believe me! But I will admit I kind of miss the camaraderie you'd build, standing outside in the cold (summer movies means summer fog), getting more and more amped up with the rest of the crowd, until you finally got inside and waited for the real fun to begin. It definitely added excitement to the overall movie going experience.

In many ways, the theaters we have now are a lot better. There's that whole reserved seats thing. Go to the Century 9 in the Westfield Mall, and you can sit in mechanically reclining seats, with all the leg room you could want. Go to the Alamo New Mission, and you can order a cocktail while you watch Wonder Woman. And that's all great. But none of that comes close to walking into a theater as big as the Coronet was, where the term "spectacle" didn't just apply to the images on the screen. 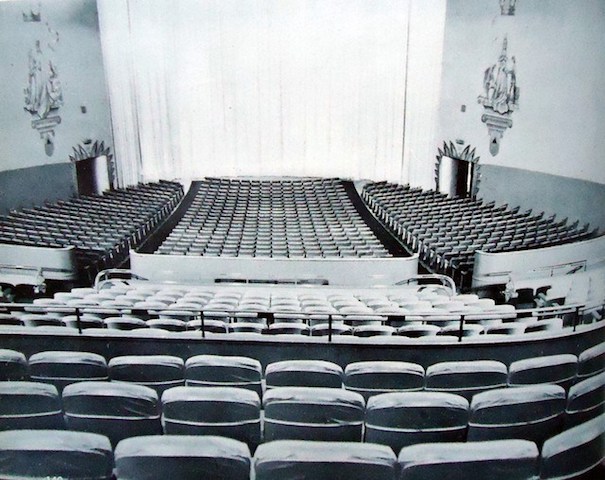 Related: 16 Things San Franciscans Are Nostalgic For In 2016

Given that summer in SF (and to some extent Oakland and Berkeley too) is usually pretty cool, we don't tend to have the same sweaty public transit woes of our friends in, say,

A cyclist was killed Tuesday, after police say he was struck by a driver at a busy San Francisco intersection. According to the San Francisco Police Department, a male cyclist in his 40s

—
Ask A San Francisco Native: What Do You Miss The Most?
Share this