"2017 marks my 25th year in drag in San Francisco, so these murals are very special to me," says local drag icon Juanita More!, a performer and fundraiser who is equally at home hosting parties large and small as she is writing a recipe blog, and occasionally lip syncing for the gods. Next Sunday will mark her 13th annual Pride Party, this year happening again at Jones, and because of her silver drag-iversary, she's pulling out some extra stops to celebrate the season, including three murals she commissioned that are now complete in three different spots around town.

"I started working with artist J. Manuel Carmona on this year's Pride poster during the fall of last year," Miss More! explains. "At the time he was painting some very inspiring murals in Mexico City, which prompted me to switch the artwork from a painting to the mural. I approached Unionmade owner Todd Barkett with the proposition that I just wanted the artwork up [on the outside wall of the store] for the month of June, promising him I would paint it back to it's original color. I did the same with Powerhouse manager Scott Peterson. Elliott C. Nathan's work there couldn't be more fitting for the bar. I think the community has fallen in love with them and hopefully are staying up!" 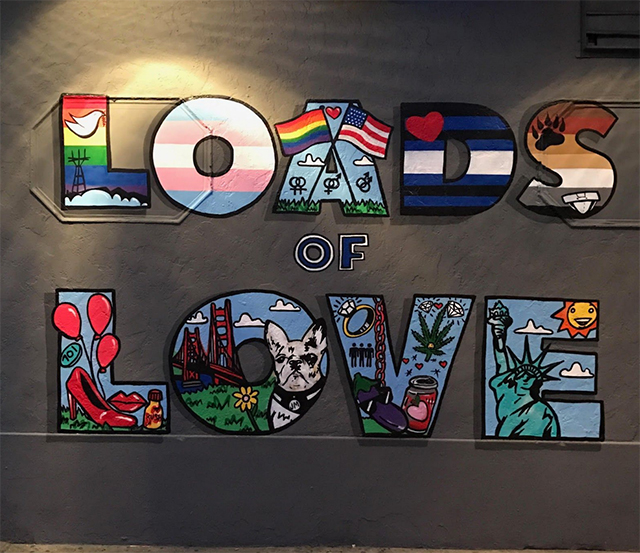 For a third mural in her home neighborhood of the Tenderloin, featuring both her and her French bulldog Jackson, she approached District 3 Supervisor Aaron Peskin's office, and "they helped me secure the spot for Serge Gay Jr. at Lush Lounge. Apparently they had been searching for the right project to adorn their wall for a while." 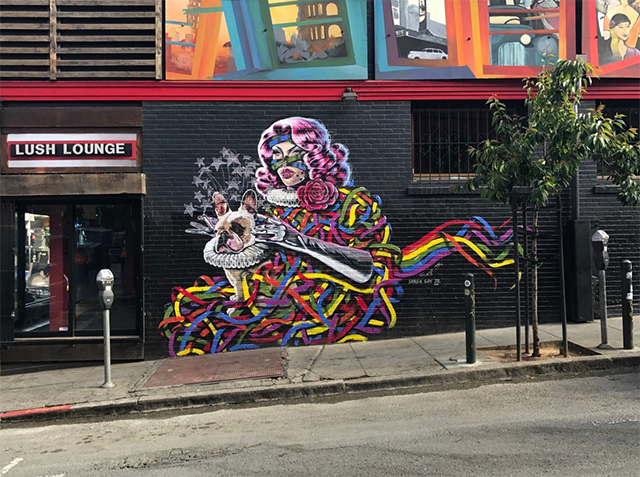 Along with the murals, Saks Fifth Avenue is honoring More! and longtime designer collaborator Mr. David by featuring one of her signature gowns in a Pride celebration window at the Union Square store. 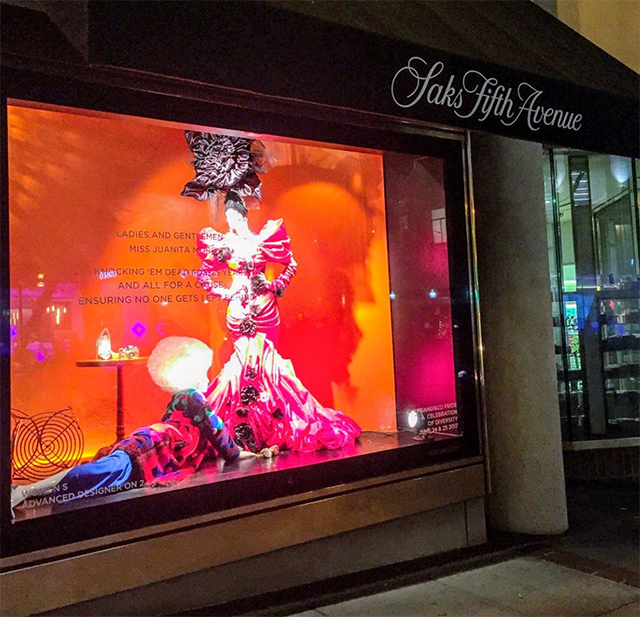 For More!'s legendary outdoor Pride Party, she's chosen two non-profit beneficiaries this year, instead of one, expanding the reach of her annual fundraising around Pride. This year the monies will shared by The Q Foundation (formerly AIDS Housing Alliance) and the LGBT Asylum Project, which is affiliated with the Center for Immigrant Protection.

Pre-sale tickets are already gone, but those who still want to attend should just plan to show up on the early side on Sunday at 620 Jones, after the parade.


Mural outside Powerhouse in SoMa by Elliott C. Nathan

As SF enters the next phase of the food delivery app wars  perhaps to be known as the post-Sprig era, RIP  it may be important to mark the launch of Young Fava, the