It is none too unusual for the conservative blogosphere to gin up conniptions over any LGBTQ artistic endeavor or any institution with rolls of public employees. But the latest coordinated takedown attempt hilariously targets the completely innocuous children’s face-painting-and-cookies program known as Draq Queen Story Hour. The Michelle Tea-founded kids' storytime program is held regularly at libraries, schools, and bookstores here in SF, in Los Angeles, and Brooklyn. But Drag Queen Story Hour just got dragged into the culture wars by the widely read and influential National Review, in their piece titled "Tax Dollars Are Paying for Drag Queens to Read Stories to Children," which goes orange-alert over the claim that “people around the country are interested in having their tax dollars spent paying for drag queens to read to their children.”

While that is the future that liberals want, the claim is inaccurate. “The Library's Drag Queen Story Hours are not taxpayer funded,” the San Francisco Public Library's public relations team says in a statement to SFist. “Drag Queen Story Hour is paid for through the programming grants for innovative and engaging community programs at each neighborhood library, supported by Friends of the San Francisco Public Library and not with city tax dollars.”

The National Review’s attack on Drag Queen Story Hour is not isolated. In recent weeks, the program has also been criticized on Breitbart, in the Glenn Beck-founded The Blaze and on smaller wingnut blogs like the Illinois Family Institute and Christian News. Intrigued by the fuss, SFist visited Drag Queen Story Hour this weekend at the SF Public Library’s Eureka Valley Branch, where local queen Panda Dulce (known in the default world as multimedia journalist Kyle Casey Chu) read two children's books to a crowd of more than 200 parents and children. 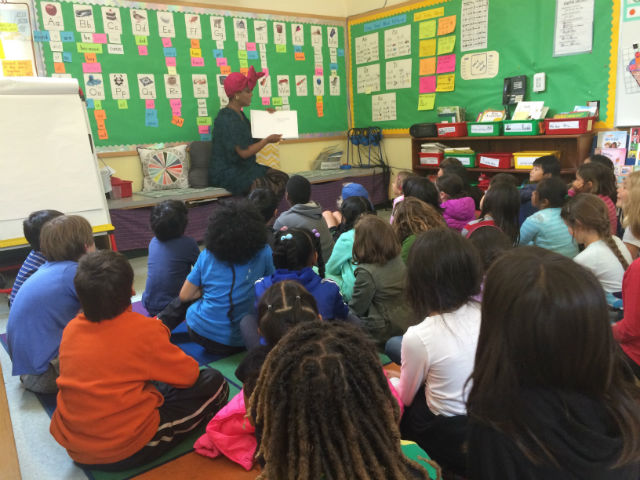 "Youth are fascinated and enchanted by the makeup, the larger-than-life features, the fantasy," Panda told SFist. "Why not indulge their imaginations, and teach them acceptance in the process?"

"When I taught second grade, I heard kids yell ‘faggot’ all the time in the playground,” she continued. “Even as an adult, it struck me with the same visceral sharpness. Before leaving that position, I told my class that I was gay. Concerned, one student responded, 'Don’t say that about yourself, Mr. Kyle’. This student wasn't aware that gay was an identity, that it was anything more than a name to make you hurt.”

Juliana Delgado Lopera, executive director for Radar Productions who produce the event, sees the program’s popularity as proof that it addresses a genuine need. “The Library feels that this is a necessity that the community is responding to,” Lopera told SFist. “Right now, we’re divesting [money] from education and the safety net for low-income people to go and invest in the military and in a wall.” 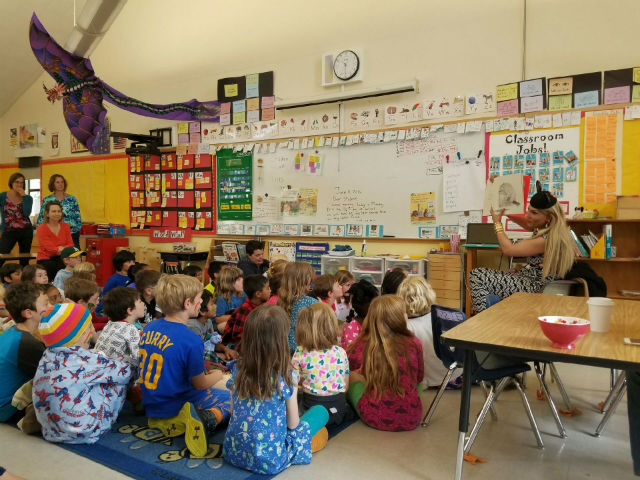 "Having a drag queen in a position of leadership shows [kids] that they can be whoever we want to be,” she continues. “Usually drag queens have been relegated to the bar. We’re taking the drag queens out of the bar and putting them in a position of power where she is leading the youth. Maybe that’s where some of the anxiety comes from."

But despite the grief from right-wing media, “The response has been overwhelmingly positive,“ according to Eureka Branch children’s librarian Bix Warden. "Most publications who've covered it think it’s a wonderful thing. It’s been in the New Yorker, it’s been in the New York Times. It’s a very sweet and innocent program. The drag queens come in and they read a couple of stories, they sing some songs, the kids get their pictures taken with them. There’s face-painting and cookies. It’s a great family day at the library.”

Related: What It's Like To Be Gay, Out, Or In Drag At Mission High School

Good news for cyclists who have to deal with the daily hazards of biking all the way up and down Market Street from downtown to the Castro: The SFMTA Board has approved the

Flower Piano, the now annual event in which the San Francisco Botanical Garden (SFBG) in Golden Gate Park gets transformed into a dozen outdoor concert halls, will be back for its third straight