The carcass of a 79-foot blue whale washed ashore on Agate Beach in Bolinas on Friday morning, and marine scientists from the California Academy of Sciences and the Marine Mammal Center have determined that it was killed by a boat strike. The sub-adult female had been identified in a database as one that was first spotted off the California coast in 1999, and has been seen at least 11 times since then, as the Chronicle reports.

Blue whales are endangered, and an estimated 2,800 live off the California coast. This is only the eight instance of a dead blue whale washing ashore in the 42-year history of the Marine Mammal Center. 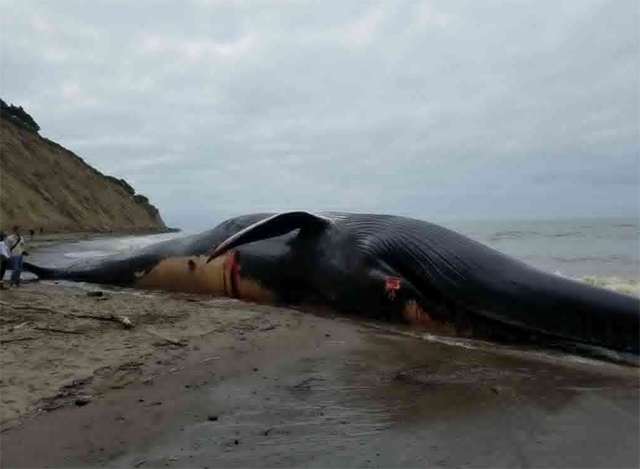 According to NBC Bay Area, following a necropsy Saturday, the whale suffered wounds that are "indicative of significant blunt force trauma that is consistent with ship strikes," including broken ribs, a fractured spine, and skull trauma.

"It is a tragedy that this whale’s story ended due to vessel collision,” said Barbie Halaska, a research scientist at the Marine Mammal Center, in a statement to NBC Bay Area. "These types of examinations have enabled the scientific community to make recommendations for slower shipping speeds and route changes, and hopefully that will help future whales." 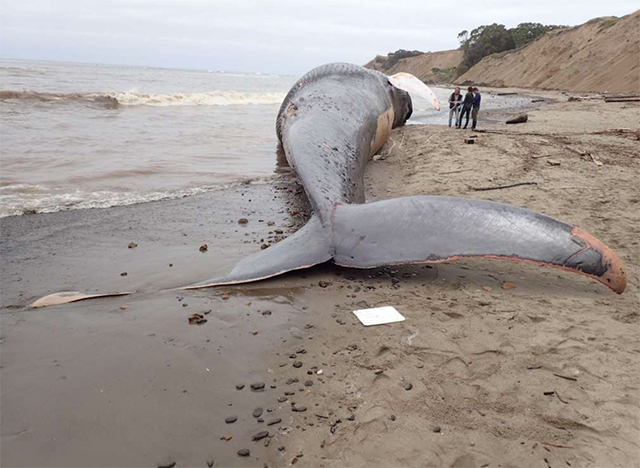 The parents of Uber CEO Travis Kalanick were in a boating accident Friday evening at Pine Flat Lake in Fresno County, injuring Kalanick's father, and tragically killing his mother. As NBC Bay Area

—
Massive Blue Whale, Killed By Boat Strike, Washes Up In Bolinas
Share this