Supervisor Sandra Fewer wants the Metropolitan Transportation Commission to explore using some of the cash from a possible Bay Area bridge toll increase for a potential BART extension to the Richmond District and a Muni subway along 19th Avenue (as we discussed back in December.)

The San Francisco Examiner's Joe Fitzgerald Rodriguez reports that Fewer has just about had it with the lengthy trek HER constituents must make from their neck of the foggy woods to anywhere else.

"My residents can't be connected to the East Bay easily. How long do you think I can ask my constituents to do that?" Fewer said.

Explains the Ex, "That request is part of a Bay Area-wide planning process for Regional Measure 3, a potential ballot measure to request a toll increase of Bay Area bridges between $1 and $3 that's now being explored by the Metropolitan Transportation Commission."

So basically, get in line Sandra. 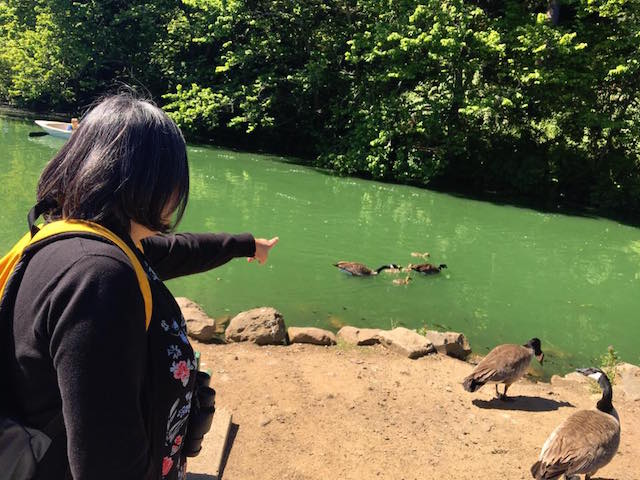 Fewer's request comes as part of an amendment to a Transbay Tube request for funding for a second tube. According to Rodriguez, a recent study by the MTC revealed that approximately 16,200 Richmond District residents commute downtown on a public transit system designed to serve a maximum of 16,800. But the number of commuters is expected to grow potentially to 18,000 by 2040.

John Goodwin, a spokesperson for the MTC told the Ex, "It's safe to say that we're probably in the third or fourth inning in a long game."

And everyone wants a piece of this toll money. The Mercury News reports that the North Bay wants some money to widen the Novato Narrows and a new transit hub in downtown San Rafael would be really nice. Meanwhile, the Chronicle says that BART wants $250 million of that money to modernize train control and traction power systems and another $90 million to design a seismic retrofit of the Berkeley hills tunnel. Also the Embarcadero and Montgomery Street stations need "capacity enhancements" and cycling advocates want money for a bike path from Yerba Buena Island to the shores of San Francisco. Marin officials have a whole "wish list", as published in the Marin IJ.

Regional Measure Three won't go on the ballot in the Bay Area's nine counties until next year. Here's a little math from the Merc: If it passes, the measure would "hike tolls from $5 per crossing to $8. A $1 toll increase would raise $127 million annually, a $2 increase $254 million a year, and a $3 hike $381 million annually."

According to SFist's research, no elected official has yet to submit an exploratory request to use this money for a waterslide leading from any number of convenient locations atop Alcatraz Island directly into the crisp waters of San Francisco Bay.

Related: We Could Have BART Service To The Richmond... By 2040

Here's a pic of Supervisor Fewer pointing at HER geese in HER lake. (Facebook.)

The internet is laughing loudly at 30-year-old Lucas Yancey. The Cal grad and Woodside resident is one of the contestant bachelors on the latest edition of The Bachelorette, and if the above video