If you wanted to take someone on a tour of the San Francisco of your childhood, where would you take them?

I don't have kids myself, but have often wondered, if I did, if I would have ended up taking them to the same places my parents had. And if that turned out to be the case, would it have been due to lack of imagination, or because all those places remain parental go-to's? (Current parents out there, you'll have to let me know if the latter is actually true.)

Sticking to that theme, I'm going to concentrate on that era of my childhood where I still required adult supervision. (Perhaps we can look at those later years, and all the unsupervised mayhem that ensued, another time.)

Ghirardelli Square looms large in my childhood memories, for better or worse. Indeed, it was a major tourist trap (and parts of it still are today), but I loved it, and we would always make it a point to go there every summer when my paternal grandmother came to stay with us. Of course the ice cream parlor was a draw, but even bigger was the fact that it had a Jeffrey's Toy Store and a Magic Pan Restaurant. Toys followed by crepes that were cooked on upside down pans on a rotating stovetop is just guaranteed entertainment. Plus, it had great views of the Bay, and cheese balls I still dream about. 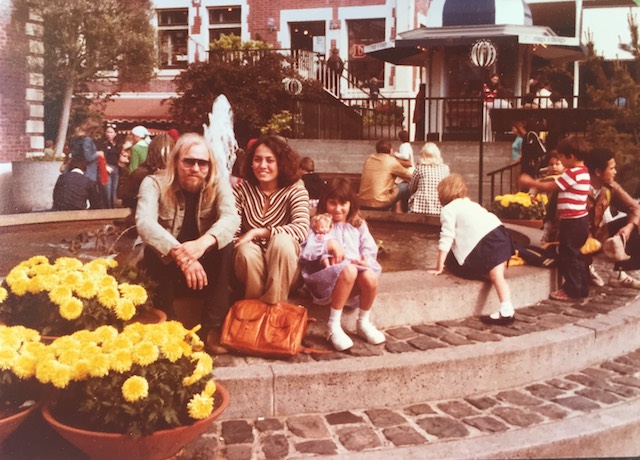 Me and my parents by the fountain in Ghirardelli Square, ca. 1976

There was also a small outdoor stage in the square, where jugglers, mimes, comedians, and magicians would perform for donations, and I remember seeing Harry "Night Court" Anderson performing there a couple of times; he even did this gruesome bit once.

As a real youngster, I also loved going to the beach at Aquatic Park, because the waves are non-existent, so it wasn't as potentially scary as other beaches. Eventually I got over that fear and we moved on to Baker Beach, which was always preferable over Ocean Beach, because it's less windy, slightly warmer, and has calmer waves.

The San Francisco Zoo in the 70's was kind of a dump but I still loved it, especially Monkey Island, which was a tragic pile of concrete slabs surrounded by a dirty moat, clearly the natural habitat of spider monkeys. Anyone who knows me knows I love me a monkey, and I think that love must be a result of frequent visits to that island, staring for what felt like hours at those comically human-looking monkeys. They got rid of Money Island after the '89 quake, which frankly was for the best, but I still miss it all the time.

If we wanted to look at some wildlife for free, we'd probably go to Union Square and feed the pigeons raw rice. Clearly this was before that widespread falsehood about how feeding raw rice to birds results in their certain death. Like Ghirardelli, Union Square was also a good place to check out free entertainment, like street mime Robert Shields. Here he is at the beginning of The Conversation.

Just as I'm sure is true now, if a place was interactive, we kids loved it, which means many weekends spent at the Exploratorium, when it was at the Palace of Fine Arts. I remember the Tactile Dome and the Shadow Box, and how that always smelled like dirty socks since you had to take your shoes off to go inside. And, of course, the hourly dissection of a cow's eye, which probably gave me more than a few nightmares.

I also loved going to the Academy of Sciences, and have such vivid memories of the aquarium, and being afraid to touch any of the glass, lest it shatter. I also thought all taxidermied animals in the dioramas were just sleeping. Standing up. With their eyes open. (I still kind of want to believe that.) 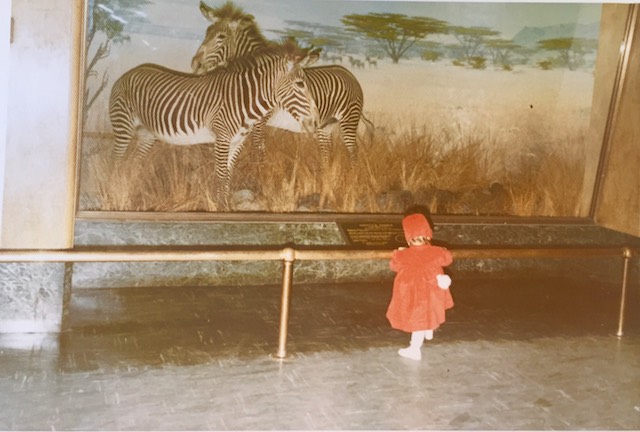 Shhhh! The zebras are sleeping!

Golden Gate Park in general was a constant in my childhood. As you may have gathered, free entertainment was always a plus for our family, which meant I was taken to many a free concert in the park, surrounded by all the other hippies' babies. Of course, the park had a lot more to offer than that, and it feels like we were there at least once a week as I was growing up, to ride the carousel and play in that playground, or just have a picnic, even in the freezing cold. 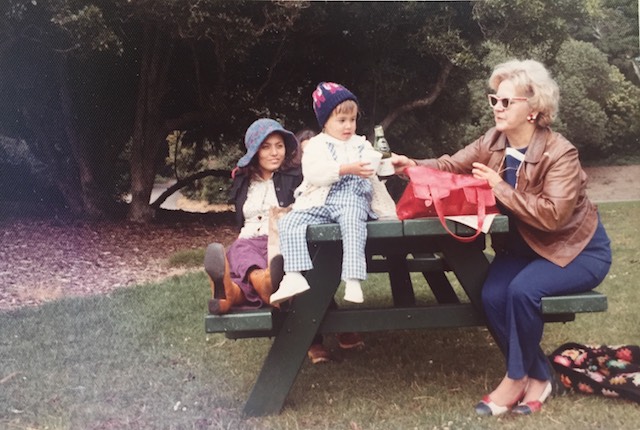 My mother, my grandmother, and me in GG Park. I’m in a wool hat, so it must be summer.

So, in hindsight, I bet my childhood doesn't look that different from the childhood of any other young native these days. And it's refreshing to know that I actually could take someone on a tour of most of my youthful haunts, and for the most part not just have to show them a condominium where something awesome used to be.

The Golden State Warriors resumed playoff action Tuesday night after a weeklong rest between rounds, and beat the nightlife-challenged Utah Jazz to win Game 1 of the Western Conference Semi-Finals 106-94 at Roaracle

—
Ask A San Francisco Native: What Would A Tour Of Your Childhood SF Look Like?
Share this