Jesus died to save our sins... so if we don't sin, Jesus died for nothing, right?

That's sort of the attitude of the annual anti-Easter celebration thrown by the Sisters of Perpetual Indulgence. They're an order of "nuns" like no other, which is to say they're in clownish drag and don't seem to have taken any vows against touching men.

This year marks the 38th annual pageant put on by the Sisters, who were founded in 1979 to parody the uptight and often anti-gay attitudes of the Catholic church. The Easter event, which raises money for charity, features a Foxy Mary contest for the ladies — last year's winner was "Reality TV Mary," who chugged champagne despite her visible baby bump. There's also live music and an Easter bonnet contest, but the main event is the parade of Jesus impersonators. Pictured above is the 2015 winning Hunky Jesus, "Baby Jesus," who crawled onstage and doused himself suggestively with milk at every opportunity. 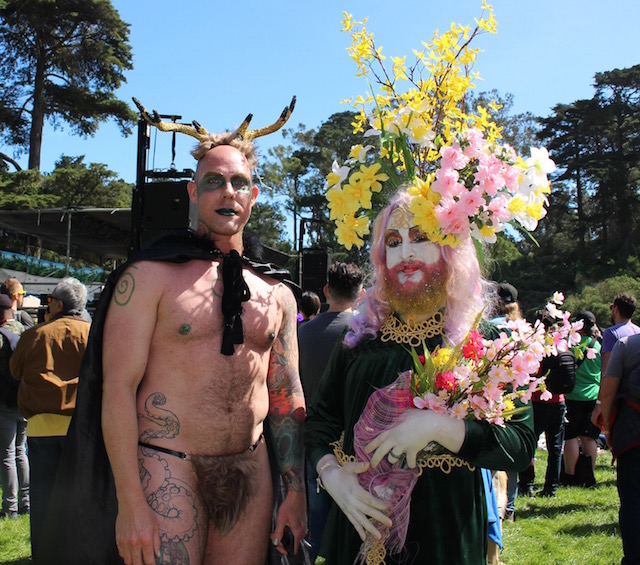 This year's festivities are, for the third year now, at Golden Gate Park, where the pageant moved during Dolores Park's renovations and has remained. The theme this time is "Sanctuary: Universal Joy”, a tribute to the 50th anniversary of the Summer of Love, because everything in Golden Gate Park has to be Summer of Love-themed this year.

The day starts with children's activities at 10 a.m. — face painting, an egg hunt — and the irreverent PG-13 stage entertainment begins at noon and is over by 4 p.m. Finally, as the Sisters get onstage to renew their annual vows to be good, but not TOO good, they've also promised a "quick" exorcism of Donald Trump. Does anyone know two good priests who aren't busy Sunday? 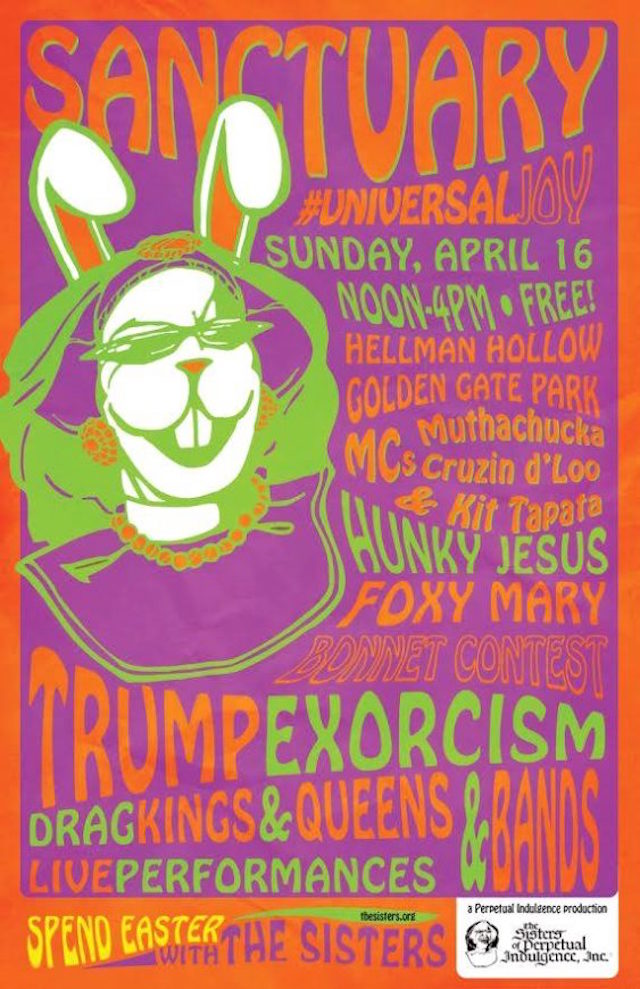 Actress and Goop founder Gwyneth Paltrow was just in town, and may still be, and she was Instagramming from several of her destinations on Thursday. SFGate picked up the thread, noting that one

It's a challenge to round up the food news this week, as we're still all in carb comas after compiling our best San Francisco bakeries and are suffering from hangovers after our final