It's cherry blossom season here in Northern California, just as it is in Washington D.C. and elsewhere where the trees are plentiful. And because of San Francisco's long ties with Japan, and the city being home to one of only three remaining Japantowns in the country, we have the biggest cherry blossom festival in the U.S. outside of D.C., which will be happening April 8 to 16. This year marks the 50th anniversary of the San Francisco festival, which began in 1968, and it will be marked with a gala, black-tie celebration on the night of April 14 at the Westin St. Francis in Union Square.

In Japanese culture, flowering cherry trees symbolize the ephemeral, and cherry blossoms planted in parks mark the beginning of spring and figure centrally in the traditional celebration of Hanami  usually marked with drunken picnics underneath the trees as they hit their peak. 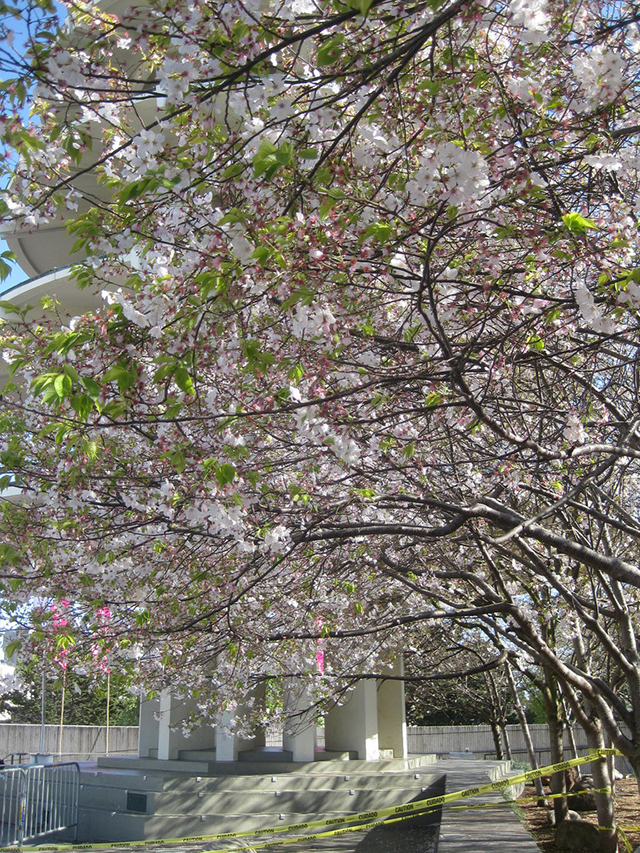 But you don't have to wait for the Japantown festivities to see the trees in bloom since, since they're actually planted in multiple places, including around the Japanese Tea Garden and elsewhere in Golden Gate Park, where they are already hitting peak bloom.

The most common variety you'll see, which is the most popular in Japan, is Prunus x yedoensis or Yoshino cherry, which produces delicate, five-petaled white flowers. There are other cultivars with pink blossoms and many more petals, but typically if you see one blooming on a San Francisco street it is a sterile tree, and will not produce fruit  all the better for keeping sidewalks clean.

And these lovely flowering gems shouldn't be confused with flowering plum trees, as the SF Trees blog explains, which have pink flowers and bloom about a month earlier, in February, around Alamo Square, Cole Valley, the Castro, and elsewhere.

Also, if you're interested in the many other flowering trees on our city streets, or just trees in general, you should check out that SF Trees blog by local tree lover Michael Sullivan, who also has a book and has served as a board member of Friends of the Urban Forest for many years. 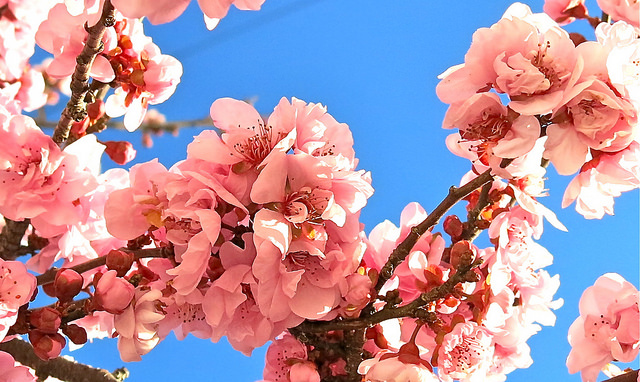 This week we chose our favorite wine bars in the city, followed the case of some toxic Chinatown tea, and were relieved to see that the end of Pauline's Pizza is not yet

Longtime Duboce Triangle bar The Residence, a cocktail lounge with Victorian touches and neat window booth tables, will close in the next month or two. Hoodline has it that the owners have sold