Berkeley's beloved, sprawling scrapheap treasure trove and year-round flea market Urban Ore opened in 1981, and has since become an indispensable source for everything from antique cabinet pulls and doors to furniture, jewelry, vinyl records, cookware, and lampshades. Founders and current owners Dan Knapp and Mary Lou Van Deventer are passionate about the work they've done to divert usable goods from landfills, and they're probably singlehandedly responsible for much of the boho chic, eclectic and worn aesthetic that pervades thousands of homes around the East Bay. But now Knapp and Van Deventer are in their 70s and ready to retire, and the business could be at risk unless a new ownership model can be worked out because their kids have decided they don't want to keep it open themselves.

As KQED reports, and similar to what has happened at The Stud in San Francisco in recent months, Knapp and Van Deventer are hoping that they can sell the business to their 38 employees, who can then run it as a worker-owned co-op like Rainbow Grocery.

If the model doesn't work, that could spell doom for the operation, which Knapp and Van Deventer have run on the fuel of their own recycling passion all these 36 years. They moved into their current three-acre warehouse space at 900 Murray Street in 2000, which they purchased for $3 million and which they say is worth three times that now.

“Both our lawyer and our banker have advised us to sell the property and take the money.” Van Deventer tells KQED, “but we said we spent our lives building the business." And, she adds, it would be difficult to sell the business to an outsider who hasn't learned all the intricacies of what happens there the 360 days a year that they're open. "The nature of the business is in the activity of it," Van Deventer says. "It’s in the busyness."

Anyone who's bought anything there will agree that losing Urban Ore would be a big blow. The place stands apart among unique Bay Area businesses just in its sheer size and audacity  and where else could you shop for a vintage stove, and old LP, a lightly used leather jacket, and an antique glass-paneled door all in one place? 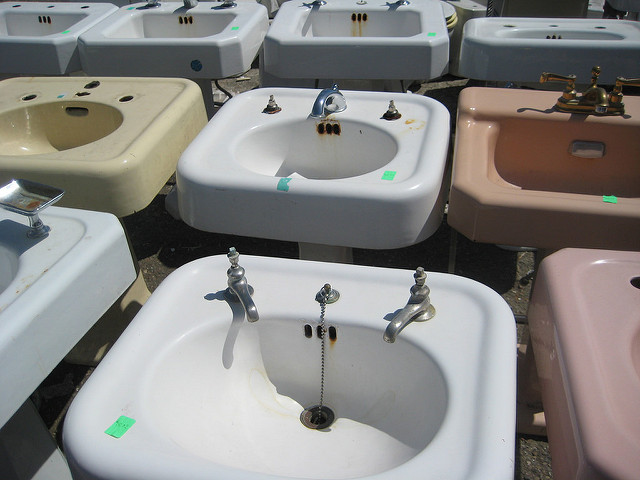 Van Deventer, for one, says she's only going to be nostalgic about wandering the enormous, controlled chaos of the place for a few days. "When you’ve been in the business this long, and you’ve seen so much flow past your eyes every single day, you lose your lust to own and possess," she tells KQED.

Three-year-old non-profit Project Equity has stepped in to help with the transfer of ownership, and the organization points to the thousands of businesses around the Bay Area that are under threat because their Baby Boomer owners are now hitting retirement age. Project Equity co-founder Alison Lingane tells KQED that such new ownership models are essential to keeping wealth from becoming concentrated, and to keeping locally owned businesses truly local.

Meanwhile, newcomers to the Bay Area who think the only antiques game in town is the monthly Alameda flea market need to check this place out. They're open seven days a week, 8:30 to 7 p.m. on Saturday, and 10 to 7 on Sunday, and at the very least you need to get a look at their collection of reclaimed doors, now somewhere between 4,000 and 6,000 strong.

Police shoot and kill female passenger in vehicle during confrontation in Hayward. [Bay City News] [The Atlantic] asks "Why Is Silicon Valley So Awful to Women?" The body of a missing woman, who

A sea lion swimming upstream like a salmon made its way all the way inland to Vacaville, California yesterday morning, surprising locals who spotted it in the canal along Leisure Town Road. According