The rental market hasn't been quite as nutty in recent months as it was when I launched this column, and many of the tips we've received from loyal readers have either been duds or they've been duplicates of sad things previously covered, like this ridiculous sleeper mini-van that keeps getting posted to Craigslist. But today we got something special via a reader who'd been scanning NextDoor, where this studio apartment in Presidio Heights went up for rent for $2,000 a month.

There aren't a lot of details, besides the obvious bathroom issue, but here's the ad as it appeared:

Square footage is not provided, and apart from a shot of the kitchen counter, all we have to look at is the above shower-and-toilet-in-the-kitchen loveliness, and the shot below, which appears to be your combination living room-bedroom, complete with futon. Or, wait, is that a couch in front of a Murphy bed? 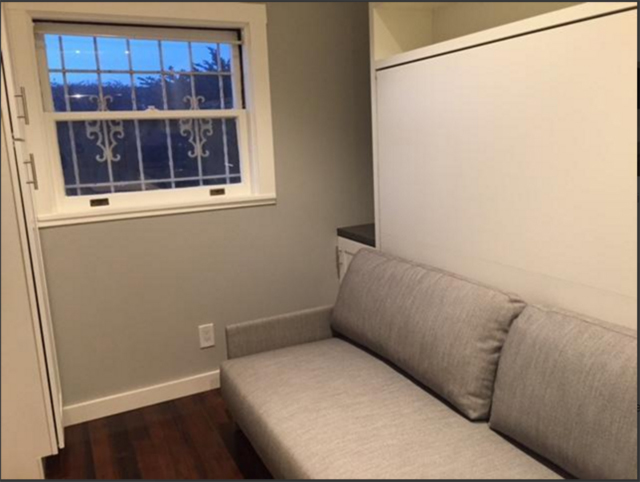 Right, so is this 200 square feet? If that? There was literally not enough room to put the toilet in a separate closet area, and this is the other side of that same room: 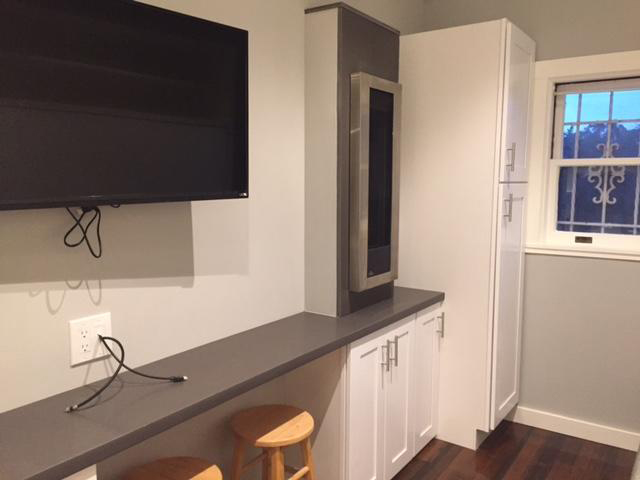 What do you suppose that cabinet thing is to the right of the TV? Medicine cabinet? Gun cabinet?

And clearly the extremely narrow counter was necessary because there's no room for any other furniture, and that will have to suffice for both dining and desk.

Who are they kidding with the two stools? No one who settles for this literal converted storage closet is going to bring anyone home to see it, let alone try to fix them something to eat in that microwave that's wedged in behind the shower stall.

I believe there's a phrase that belongs here relating to what you shouldn't do where you eat.

Flipper's Gourmet Hamburgers has become "Anina." The new cocktail bar, as Hoodline tells us comes from the owners of Brass Tacks, the bar right next door to what was once a kind of

—
Apartment Sadness: The Sorriest Studio In All Of Presidio Heights
Share this