“I hope everybody peed and pooped outside,” Dog Film Festival founder Tracie Hotchner announced humorously but earnestly, kicking off a Sunday afternoon show featuring this year's finest short films from the canine canon. The Dog Film Festival is a traveling show that’s playing in a total of 15 cities nationwide, and SFist was on hand this weekend at the Roxie Theatre to catch the proceedings as the festival came through San Francisco. 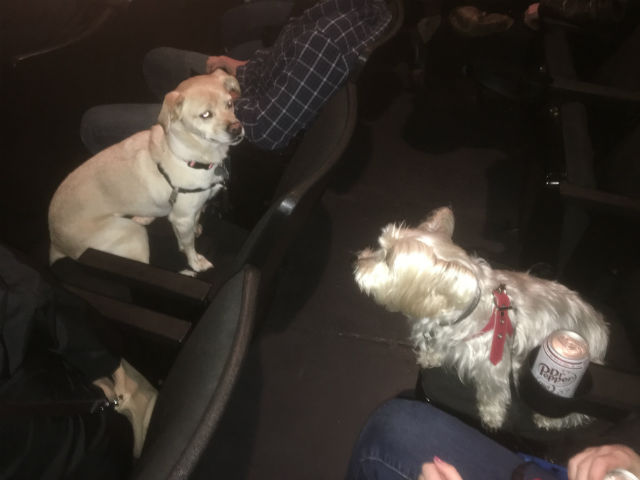 The festival is the pet project of Tracie Hotchner, better known as the Radio Pet Lady and host of NPR’s Dog Talk (and Kitties Too!). Dogs were actually allowed inside the Roxie for the show — a request most theaters balk at when she tries to book festival venues. But Hotchner insists dogs should be the least of the theaters’ worries.

“They serve food and they say it’s against the health rules, or they’ve recently renovated and they’re fearful of their carpet being stained,” she told SFist. “Dogs haven’t done anything in theaters. It’s more likely that people would drop their Coca-Cola than a dog would pee.”

Festival attendee and Instagram enthusiast belindacherie observes that “Taking Oona to the movies was very much like taking my 4-year old niece to the movies, only with different snacks. Instead of goldfish crackers and M&Ms, dried beef esophagus and bully sticks.” 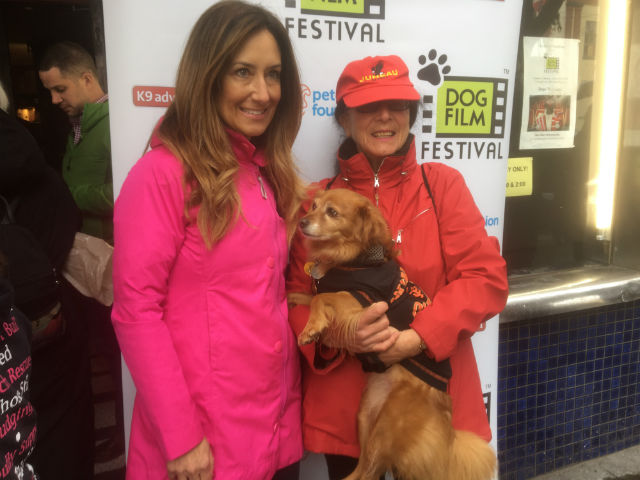 Though it was raining — cats and dogs, you might say — on Sunday, pets and their people still posed Hollywood-style with a movie premiere backdrop outside the Roxie. The films themselves, all shorts about dogs, ran the gamut. Some of the films are dog-umentaries, others were doggie parodies with names like “Game of Bones”, and others tackled complex social issues to examine dogs’ roles in rehabilitating prisoners or the pups’ tragic plights in the home foreclosure crisis. 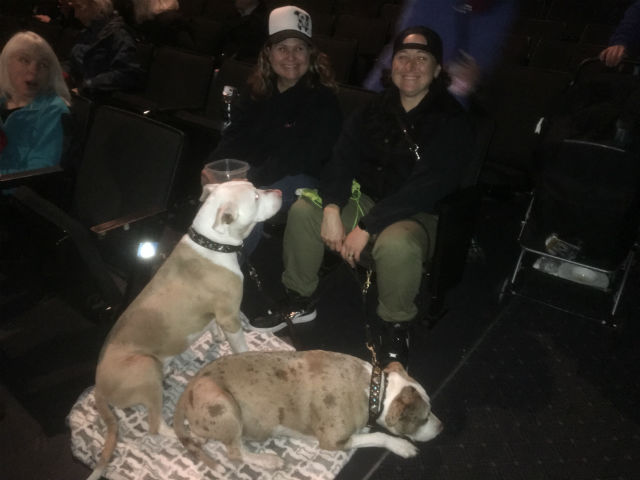 The festival benefited dogs and other animals: Half the proceeds from the show went to San Francisco Animal Care & Control. “We have a new shelter that’s being constructed, so we’re looking for more funds,” SF Animal Care and Control Sgt. Eleanor Sadler told SFist. SF Animal Control isn't dogmatic, either, “We’re an open-door shelter, which means we take in every animal that we find and we help it however we can.” 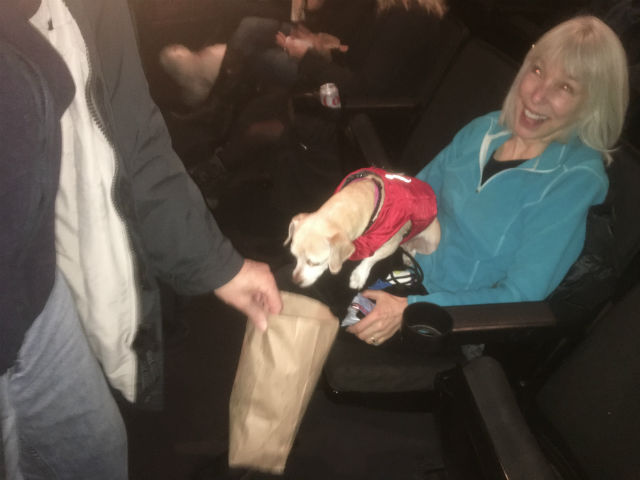 For it's next stop, the Dog Film Festival travels to Marin today, marking the first time ever that dogs will be allowed into Larkspur’s historic Lark Theater.

Early this morning, a loader operator at Recology's Pier 96 recycling center noticed, in a pile of bottles, cans, and cardboard, a seriously injured man who was likely in a dumpster whose contents

The hubbub surrounding a proposal to limit the number of tech shuttle stops, which have proliferated to more than 100 and whose maximum allowed number is 125 , to a system of 17 or