From February 16th through February 27th, Noise Pop Festival will be celebrating it’s 25th turn through SF and Oakland. While there’s a strong contingent of folks who look forward to this marvelous week and a half every year [raises hand to indicate inclusion in said group], there’s a good chance that many of you have never been to a Noise Pop Festival event or maybe don’t even know what it is?

In simple terms, Noise Pop festival is like the Bay Area’s own little version of South by Southwest Fest, but without all of the the industry panels and conferences. Noise Pop sees just about every club in town hosting multiple nightly shows. It’s the festival where you see budding acts before they get big (Examples: Back in 1998, Modest Mouse played Great American Music Hall and The Flaming Lips played Bimbo’s 365) and get to know a ton of local acts that comprise our eclectic music scene. Now, Noise Pop Festival even features a slate of music films and documentaries, happy hours, art shows, etc

You can get tickets to individual shows (linked in each entry below), or you can purchase a badge that gets you into just about every show at the festival for under $200. With that, here’s a guide to some of the best events at Noise Pop’s Festival’s 25th Anniversary, or at the very least, fourteen reasons to get out of the house and experience a part of local music culture and nightlife

This is the story of “Rod Stewart’s guitar player,” and “the drummer for John Mellencamp, Bob Seger AND Elton John” and “the guy who plays guitar for Pink.” You get the idea, it’s the guy behind the guy or gal: Session and touring musicians who’ve made a career out of touring with icons. And even though they may not be household names, they’ve been a massive part of the success of artists who are.

Religious conflicts between Buddhists and Muslims have led to riots and deep civic unrest in Myanmar. My Buddha Is Punk is the story of 20-something year old punks in Myanmar, who use their music as a way of coping with political injustice and religious strife in their country, while living their lives with the the core tenets of Buddhism guiding their hearts.

Mission-based Different Fur Studios are once again throwing their yearly Noise Pop Fest Happy Hour. Bender’s is a pristine treasure in the Mission, seemingly immune to the changing face of the city happening outside of its walls. Different Fur always finds diamonds in the rough and Oakland’s O.C.D. sounds like they grew up on Joy Division, but have been spending their time with King Krule, Beach Slang and DIIV records. Get here fools.

Even after Noise Pop Festival ends, this photo retrospective will continue to be showcased at the Hayes Valley-ish Hotel Biron. Pop in to see incredible concert photography from local photographers who’ve covered the fest over the years. Get your local music culture on y’all!

Go ahead and file this as the #1 Noise Pop Festival show to get hyped for. Last year’s Ty Segall & The Muggers show at The Fillmore might’ve been the best rock show of 2016. This time around, Ty returns to his old home, armed with his 23rd album (lol) and 9th under his solo moniker, in the aptly-titled Ty Segall. Gone is the grime of the Muggers record and instead, Ty flexes his vocal range over filthy guitar riffs and ultra-talented backing band. Dare you to watch this live performance in the KCRW studio of single “Orange Color Queen” (below) and not want to play it again like a million times.

(Bonus time! Local favorites Shannon & The Clams are the direct support for this show. Yes please.)

25-year old Dylan Baldi just released the fourth Cloud Nothing LP, Life Without Sound, and dude has always had a penchant for writing silky guitar hooks over gorgeous heavy pop songs. This is a fine way to get the week started at the wonderful Independent and start looking forward to when Baldi blazes through the 10-minute classic, “Wasted Days.”

Diet Cig’s energy is uncompromised. Frontwoman Alex Luciano is a walking (more like jumping and flexing) smile train and leads this two-piece band like a total boss. You could be in the shittiest mood in the world and a live Diet Cig show would snap you out of the funk and make you feel like the world is a beautiful place again. Locals Plush, provide the direct support here and make this a solid bill at intimate Brick & Mortar Music Hall. And if you like craft beer, pop in to The Crafty Fox next door for a pre-show pint or several. 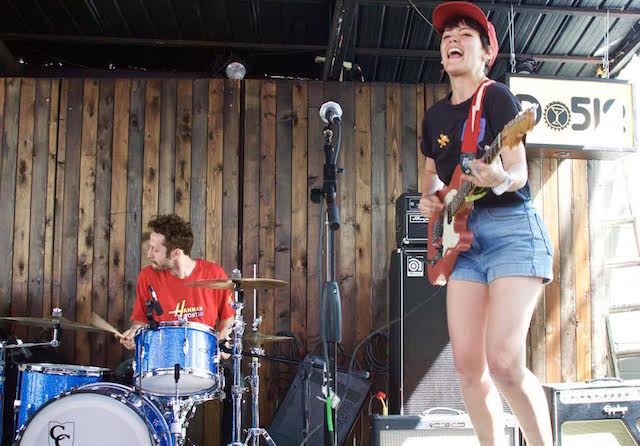 Nashville’s Julien Baker is a revelation. Recorded at Richmond, Virginia’s Spacebomb Studios, her 2015 debut, Sprained Ankle, is filled with far too much pain and sorrow for any young adult (“Wish I could write songs about anything other than death” she sings on the title track.) But there’s a glimmer of optimism in the 21-year old’s rich lyrics and acoustic guitar-isolating compositions that beg to be witnessed in a room as perfect as GAMH.

Japanese Breakfast’s 2016 debut, Psychopomp,was one of the year’s best breakthrough albums and currently the #1 album I can’t put down right now. The brainchild of Eugene-cum-Philadelphia’s Michelle Zautner, is a hopeful post-emo indie bedroom release filled with lush strings and waves of Americana. This is a great fit at Rickshaw Stop.

Born and raised in San Francisco, Hanni El-Khatib has always made coming back to his hometown a focus of his touring career. The now Los Angeles-based singer songwriter is set to release his Savage Times LP, a collection of six EP’s he began releasing in mid-2016, on February 17th. El Khatib’s music is for fans of the Black Keys (Dan Auerbach in fact produced his 2nd release, Head In The Dirt), The White Stripes and Black Rebel Motorcycle Club alike.

This might be the single best collection of talent in one show for Noise Pop Fest. Benji B’s Deviation series is a cult-staple in the UK underground electronic scene and has been making stops in cities around the world. Friday night at 1015 Folsom, Benji B will be joined by Hudson Mohawke’s incredible live instrumental setup and two of the finest footwork DJ’s around in DJ Spinn and Taye, part of the Teklife crew founded by the late great DJ Rashad.

Noise Pop’s choice of a festival headliner is equally head-scratching and intriguing. Considering Vince Staples played last year’s fest lower on the bill and had one of the week’s worst performances at Social Hall SF, it’s curious why they tabbed him to return this year. To Staples’ credit, he’s an upper-echelon rapper and as sharp-witted as they come on Twitter and he redeemed himself with a choice Outside Lands Fest performance in August. He’s definitely got it in him to tear the roof off the Fox and here’s hoping this show proves to be Staples’ grand Noise Pop Fest redemption following last year’s disappointment. Having lovely futuristic R&B singer Kilo Kish warm up the evening is a good start. 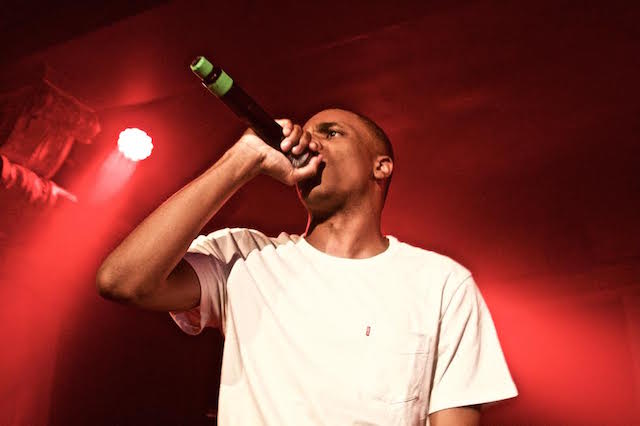 This is a strange pairing and a weird tour altogether, but perhaps it’s by design? Uniform makes thrash metal (albeit widely-revered thrash metal) and Black Marble makes dark electronic music, best listened to alone or at the very least, in a perfectly lit living room while having intellectual conversations. Despite their polar difference, here we are, with the pair making a tour stop in Oakland for the festival in question. Black Marble’s It’s Immaterial was hands down one of the best releases of 2016, on the always-excellent Ghostly International label and a chance to see Chris Stewart enact the record live makes Starline Social Club a welcome place to spend a Wednesday evening.

It’s difficult to understand Julia Holter the first time you hear her music. The depth of Holter’s decadently arranged compositions that skew towards the very avant-garde, is meant to be dissected and analyzed from each musical angle within her songs. 2015’s Have You In My Wilderness might have been her finest work and the aforementioned analysis of her output is meant for the vaulted nordic ceiling of Swedish American Hall.

"We are committed to join you to be a wall against hate and we will legislate Trump the hell out of San Francisco!" Jane Kim addressed the crowd at the Women's March in

It's SF Beer Week, as you know, but there's more to life than hops. For example, there's Iza Ramen, scheduled to open today; Verve Coffee, plotted for the Castro next week; and for

—
The Best Shows, Films, And More At The 25th Noise Pop Festival
Share this