A mudslide Friday morning caused the complete shutdown of eastbound and westbound I-80, leading to some serious delays and a detour for those who are Tahoe-bound. As ABC 7 reports, all truck traffic was being turned around at Colfax in the eastbound direction, and at Truckee in the westbound direction, while cars are being routed through Nevada City on Highway 49 and Highway 20. The slide happened between the SR-20 and Colfax exits in the Sierra Nevada foothills.

CHP in Truckee and Gold Run posted the photos above and below to Facebook at 10 a.m. Friday, and announced the road closure.

At the present time there is no estimated time for the road to reopen, and CHP posted at 2 p.m. saying "The slide is still not stable. Until the clean up is completed, [and] the hill stops sliding and the scene is safe, I-80 will remained [sic] closed." 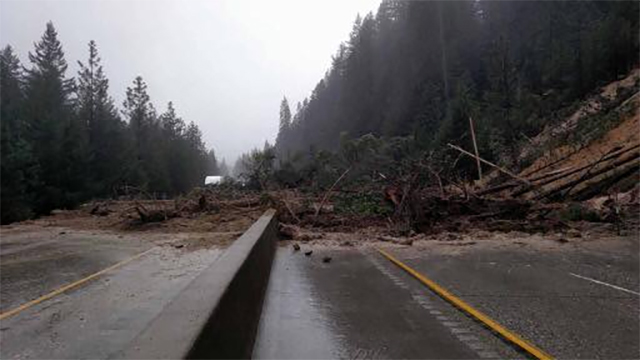 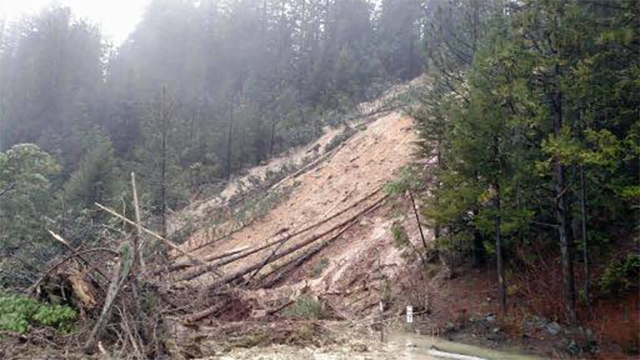 All is not well when a mother and daughter can't sell some Samoas without getting robbed. But that is what happened outside a Union City Safeway on Wednesday night, when a man  or

A second "Human Be-In" is perhaps not to be. The event promoter who had planned a free 50th anniversary concert to mark the fateful 1967 "Summer of Love" with its massive crowd in