"Everybody wants to know where I came from, who I am, why I write, why I feed the birds,” John Ratliff, who is alternately known as "Birdman" or "Lone Star Swan" tells Mission Local. “But those, those are stupid questions.”

Omnipresent on 16th Street and perpetually surrounded by the pigeons he feeds, you've no doubt seen Ratliff, though you may not be familiar with his story. That's told, in part, through the "Rag" he distributes, a daily photocopied page of poems, ruminations, and ramblings to which he directs all "stupid" questions. “This,” he gestures to the Rag “this is all anyone needs to know.” 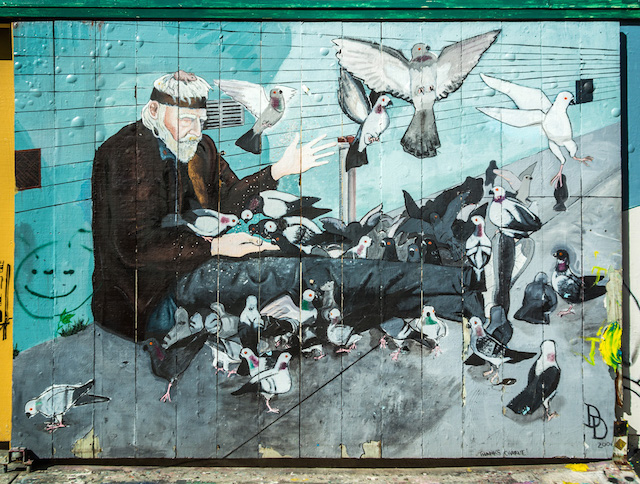 Ratliff, who was a professional journalist in the 1970s, suffers from schizophrenia and has been living on the streets of San Francisco since perhaps as early as 1988. He spent much of his time in the doorway of Adobe Books before that business departed 16th Street, and according to its founder Andrew McKinley "[Ratliff] has been around this neighborhood for as long as I’ve been around this neighborhood.”

Mission Local sees in Ratliff's recent Rag issues a man who, despite his illness, is aware of himself and current events. "76 now, kryptonited & shakey-handed, the former prize-winning wire service & CBS/NBC affiliate two-fisted reporter & News Director arose out of the mothballs today to save us from the living bowel-movement of the election,” Ratliff wrote last October.

A documentary to which Mission Mission has pointed in the past, directed by a friend and former co-worker of Ratliff's, reveals more of his story.

Mayor Ed Lee has agreed to spend $5.4 million in each of the next two fiscal years on free tuition to City College for city residents, and books for low-income students, in

In a pre-Super Bowl interview with buddy Bill O'Reilly on Fox, President Trump once again said a number of frightening and angry-making things, including new comments praising Vladimir Putin, implying the US government