Uber's loss is Lyft's gain as the long-running battle between the two San Francisco-based ride-hailing companies takes on a political valence. Reports (possibly spurious) that Uber had continued to operate to-and-from New York's JFK Airport this weekend during a taxi strike launched in solidarity with protests against President Trump's immigration ban led to a social media campaign to boycott the service. The #deleteuber trend is bolstered by the much-publicized fact that Uber CEO Travis Kalanick announced he would be a member of Trump's advisory team in December  though prior to the uproar Saturday Kalanick had come out publicly denouncing Trump's immigration plan, and said he'd be voicing his objections in a business-advisory summit with the President this Friday.

Uber issued a statement over the weekend saying they were not trying to break up any strike, and there was a misunderstanding about a tweet they sent about suspending surge pricing to JFK a half hour after the strike ended.

Meanwhile, Lyft, who had pledged to donate $1 million to the ACLU on Sunday morning, capitalized on the anti-Uber sentiment to take the lead in the Apple App Store this morning, surpassing Uber in the Travel section to rank first place, seuring 4th place in overall downloads.

1/ Lyft has worked hard to create an inclusive, diverse and conscientious community where all our drivers and passengers feel welcome.

2/ Trump’s immigration ban is antithetical to both Lyft's and our nation's core values. 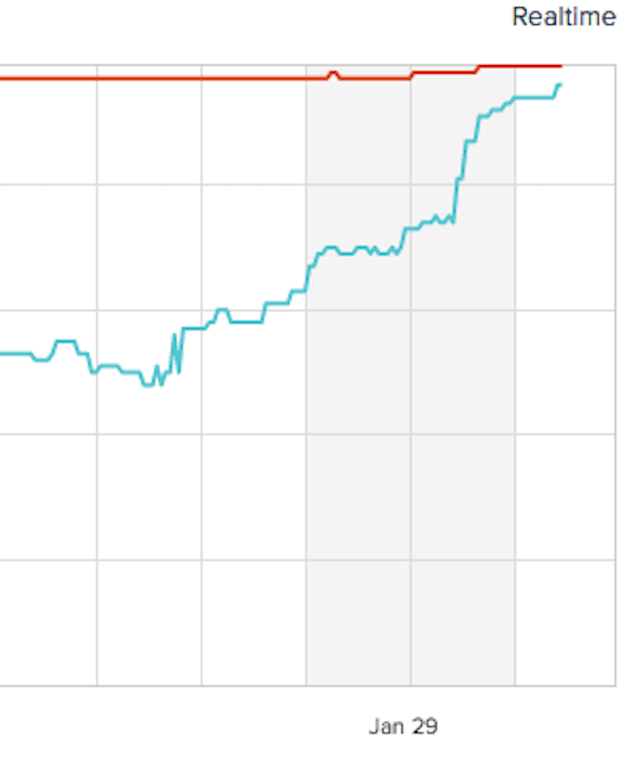 "What’s clear is that Uber’s reputation to a lot of people is garbage," The Verge observes, tying the #deleteuber trend to poor brand loyalty.

This moment of backlash against Uber, which as of 2016 continued to dominate its next biggest competitor in the rideshare wars by about a 10-to-1 margin in terms of valuation, could help spur some quicker than usual growth for Lyft, which was already seeing steady growth through last year. As of May of last year, Lyft told Forbes they were growing rapidly in major US cities, and already enjoyed a 40 percent market share in San Francisco, Los Angeles, and Austin.

Meanwhile, and but of course, Uber dug into its considerably deeper pockets to outmatch Lyft's donation pledge  creating their own legal defense fund of $3 million for drivers "impacted by the immigration ban"  even shelling out for a promoted tweet to make sure that was clear.The gesture is in addition to a weekend promise Kalanick announced to "identify these drivers [who are trapped in their home countries and unable to return to work in the US] and compensate them pro bono during the next three months." 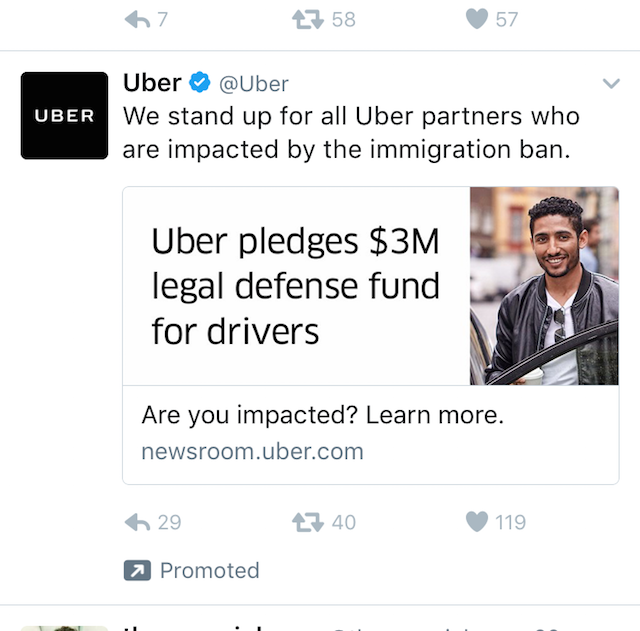 San Francisco has restricted permits for cannabis cultivators for the next six months. [SF Examiner] Over 20 activists with a global grassroots animal rights network interrupted a Saturday night showing of A Dog’