A new map of the city's main transit lines, pointed out by Curbed, attempts to rename many of the stops using actual geotagged Instagram data indicating the most popular thing or destination at each location. For instance: the most popular hashtag for Civic Center? #sfpride

Not surprising is that #sushirrito and #lataqueriasf get their own BART stops named for them, and the Castro Muni station is simply #gay.

A little more surprising is that a lot of people actually go to #olivegarden at the Stonestown Mall, and SF State students can't come up with anything better to post to Insta about than #library.

The project is called #tagsandthecity, and the team has also done hashtag maps of New York, London, Paris, and Berlin. And yes, these can be ordered as pillows.

Below, the larger Bay Area map (click to enlarge). 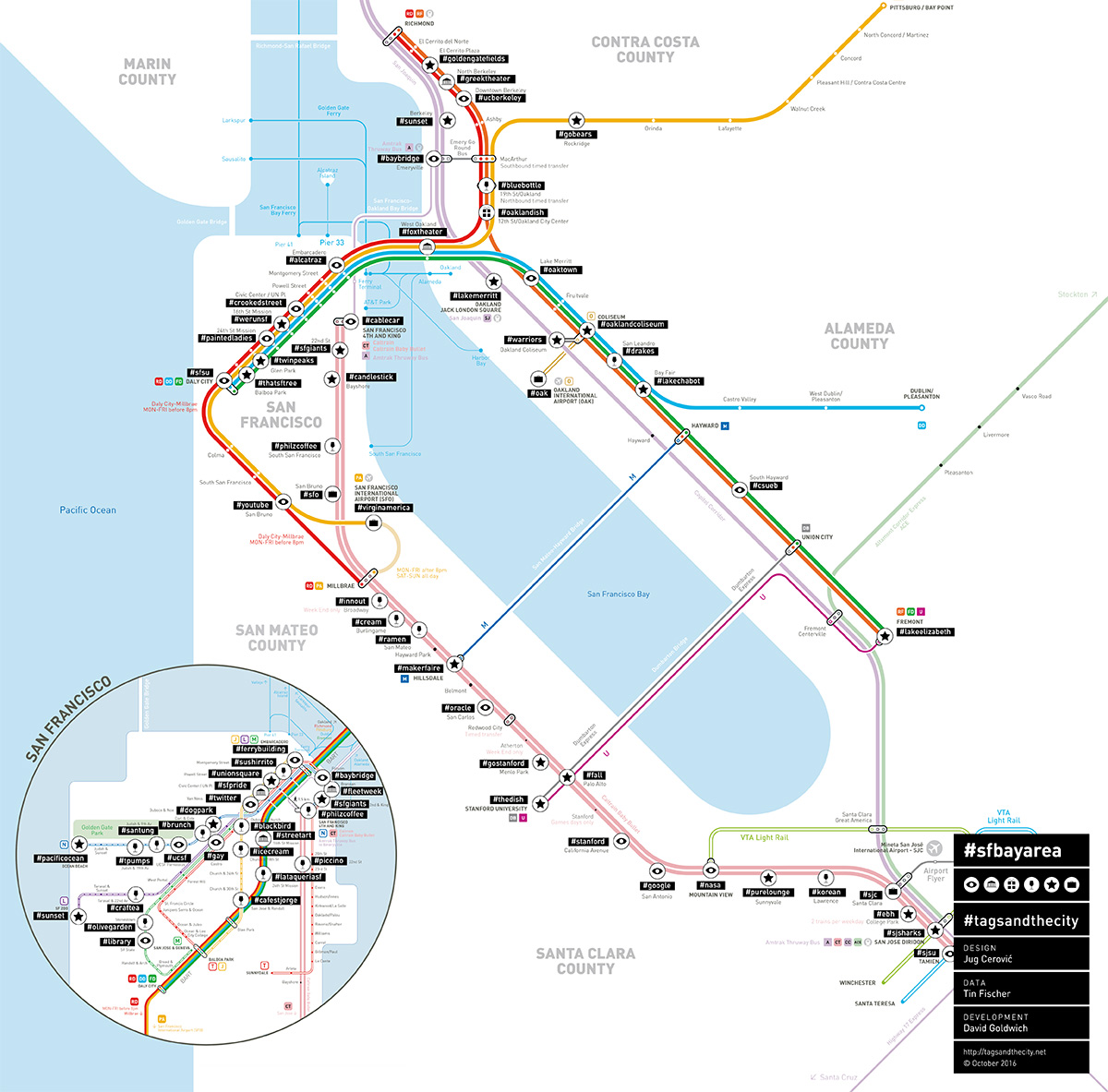 A complaint filed by the Department of Labor claims that software giant Oracle, which employs 45,000 US workers, is engaged in a “systemic practice of paying Caucasian male workers more than their