The San Francisco Public Library’s Fine Forgiveness Period is waiving late fees right now on all overdue items returned before February 14, 2017. But nothing you’ll return will be as overdue as a 1906 volume returned to the Library’s Park Branch on Friday afternoon. Webb Johnson of Fairfield, California returned an outrageously overdue copy of a book (ironically titled Forty Minutes Late) that his great-grandmother had checked out perhaps as long ago as 1917, and was now more than 36,000 days overdue.

Do not blame Ms. Phoebe Marsh Dickinson Webb for failing to return this book she checked out from the library in 1917. She died two weeks before the book was due.

While this copy of Forty Minutes Late by Francis Hopkinson Smith appears to be legitimately 100 years overdue, these dates are approximations based on the extremely antiquated Date Due slips (seen above) on the book’s inside front cover.

“Before we checked out books using computers, the library staff would actually have these Date Due slips,” said the SFPL’s City Librarian Luis Herrera, making me feel incredibly old because I remember the days of due-date slips. “As you can see, this was a very popular book.” 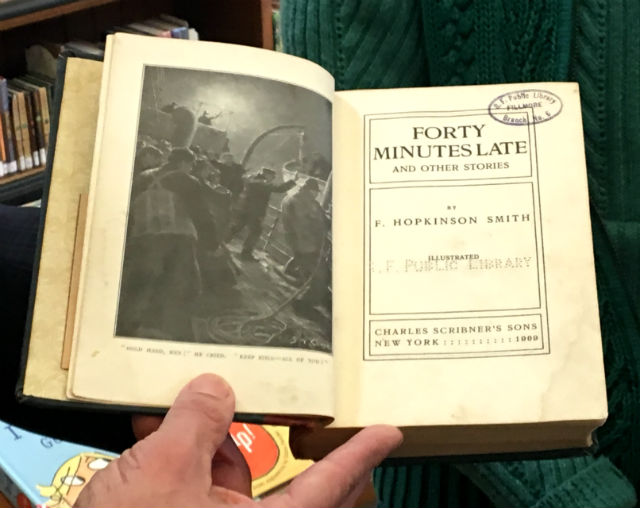 The last due date with an associated year stamped on the book is “FEB 18 ‘16” but it does have multiple other Due Dates stamped upon it. From these, we can surmise that the book was last checked out in either 1917 or 1918.

Book returner Webb Johnson found the collection of short stories in a trunk of his great-grandmother’s items, in astonishingly well-preserved condition. He has been aware since the 1990s that he had a very, very overdue book.

“Herb Caen had a contest when the new library was open for the oldest (overdue) book,” Webb said, citing a Chronicle contest that Caen did indeed conduct in 1996. “I was going to write him a letter and turn it in and win the contest, but I put it off too long. I guess it’s in the DNA.”

As we see from the book’s markings, it was checked out from Public Library No. 6 on Fillmore Street. That branch no longer exists. San Francisco libraries used to be named numerically back during the Woodrow Wilson administration when we’d tie an onion to our belt because that was the style at the time. 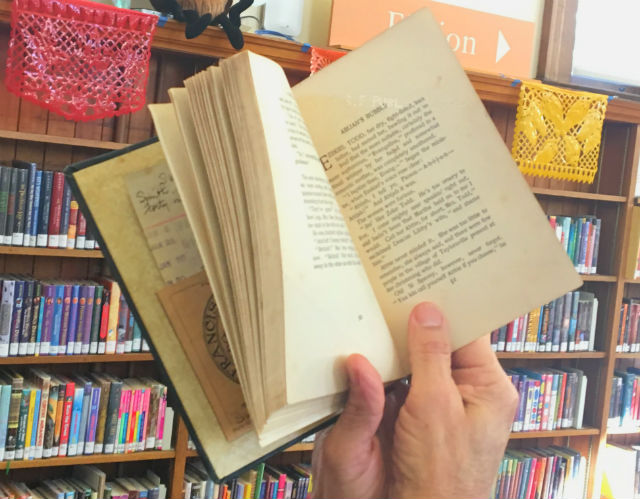 If you’re a book nerd, a close examination of this book gives fascinating insights into how libraries used to work. If you really squint at the image above, you’ll see that the words “S.F. PUBLIC” are actually perforated into a page of the book, marking it as belonging to the library. 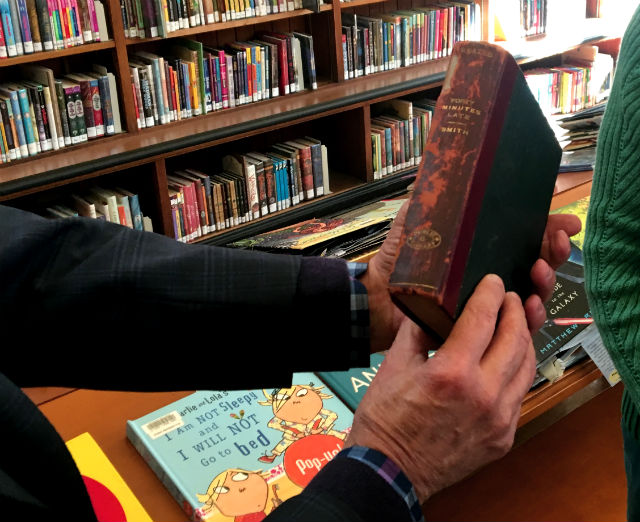 We can also see that the library used to actually imprint their own call numbers and library logos directly onto the binding of the book, as opposed to the dust jacket and stickers used on library books today. The call number can be seen in gold foil print at the top of the binding, and the Public Library No. 6 logo is the circular mark at the bottom of the binding.

Despite being a century overdue, this book would still only have a $10 fine because that’s where the library caps overdue fees on an individual item. But right now, there are no fines through February 14 because of the amnesty program.

Related: The Library Forgives You, 55K Patrons With Overdue Fines, During Amnesty Period Next Month

One of just a couple of people who were hospitalized after escaping the Ghost Ship fire on December 2 in Oakland, 32-year-old Sam "Peaches" Maxwell is surviving proof of how deadly the conditions