The San Francisco Police Department is still seeking their suspect in a machete attack last week inside the Civic Center BART station. The attack occurred on Friday evening, January 6, and was witnessed by multiple people, and it involved a light-complected black male between the ages of 30 and 40, approximately 5'11" and weighing 200 pounds, who attacked a 29-year-old man from Valencia, California with a machete on the concourse level of the station, near the eastern most exit to UN Plaza.

The victim was left with "serious lacerations to his head and hand," according to a release from the SFPD, though it's unclear if he is still being treated for his injuries.

The scene was a dramatic one, and the bloody aftermath was captured by this bystander.

Police now say they believe the suspect is shown in the photos above and below, from Muni surveillance footage  likely identified by the victim himself.

Anyone with information about the identity or location of this man is asked to called the SFPD's anonymous tip line at 415-575-4444, or text a tip to TIP411 and begin the text message with SFPD. If you see this man, call 911 and do not approach him. He is considered dangerous. 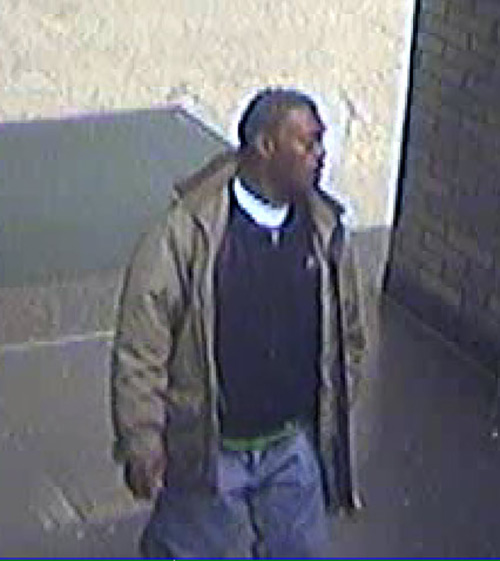