This weekend would have been David Bowie’s 70th birthday, but instead it’s the one-year anniversary of Bowie’s passing to the great beyond. Since San Francisco so adores the Man Who Fell to Earth and Sold the World, a long list of Bowie-themed events, performances, sing-alongs, and movie screenings are scheduled to commemorate his/her/their combined birthday and deathday. For all you China Girls, Young Americans and Absolute Beginners who are inclined to glitter up and paint Aladdin Sane lightning bolts on your face, we’ve compiled this list of Bowie bashes that will wham, bam and thank you ma’am at bars, dance floors and theaters across the Bay Area. 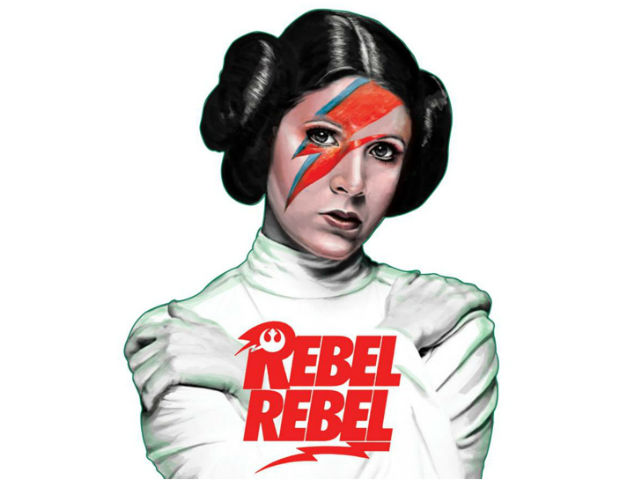 FRIDAY, JANUARY 6
Bowie Tribute Sing-Along with Kitten on the Keys
Screwball chanteuse Kitten On The Keys kicks off the commemorations with a free happy hour cabaret sing-along at the new Bar Fluxus in the Hotel Des Arts. “Bowie's songs translate into excellent cabaret fare for voice and piano,” Ms. On The Keys told SFist. “I wanted to give people a place to mourn yet celebrate Bowie by singing along with me. Sing-alongs can be cathartic. Plus I love songs about outer space.”
447 Bush Street between Grant Avenue and Kearny Street

The First Church of the Sacred Silversexual 6th Annual Bowie Birthday Bash
The First Church of the Sacred Silversexual, the “world's only Bowie worship band”, will be performing a live, track-by-track interpretation of Bowie’s groundbreaking 1972 concept album The Rise and Fall of Ziggy Stardust and the Spiders from Mars onstage at The Chapel on Friday and Saturday nights. Their moonage daydreams will be followed by a stardusty drag show featuring Raya Light, Trixxie Carr, Phatima Rude and others.
777 Valencia Street between 18th Street and 19th Street 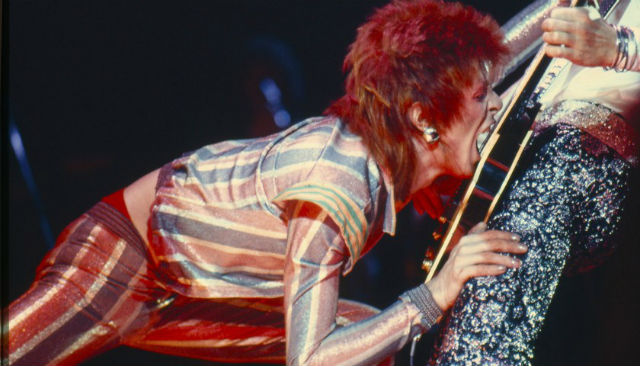 'Ziggy Stardust and the Spiders from Mars', Miramax, 1973

The Hanging Garden's Bowie Night
Oakland’s Uptown Nightclub serves as the new home for the semi-monthly goth, new wave and synth-pop dance party The Hanging Garden which, like Bowie himself, is celebrating its birthday this weekend.
1928 Telegraph Avenue between 19th Street and 20th Street, Oakland 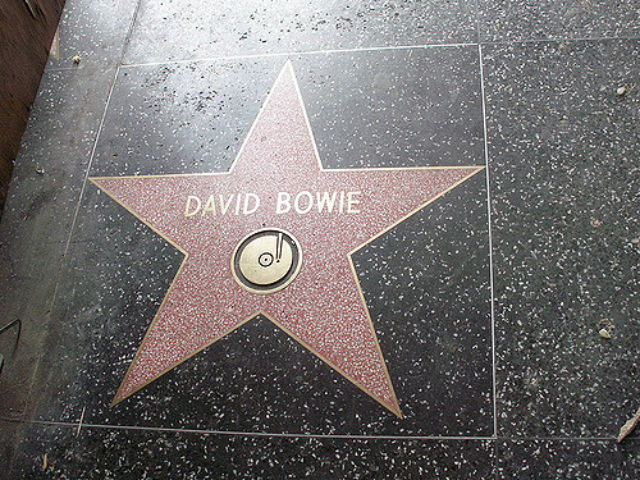 We've all compared real-life events to those in fiction — hell, I did it today, when I mentioned an episode of a TV show that a BART collision evoked. But at what point does

Chinese Apple customers looking to download the New York Times app through the tech giant's App Store are out of luck, as the company has pulled the news app at the request of