An American expat from Santa Rosa is in some serious trouble with federal authorities after disrupting the peace aboard an SFO-bound KLM flight last week and allegedly biting a flight attendant on the ear during a scuffle. As the East Bay Times reports, Jonah Cayle Snow had boarded the 11-hour flight from Amsterdam with girlfriend Nikki Zeebregts on Wednesday and the two had already been apparently drunk and disruptive on an earlier KLM flight from Dusseldorf to Amsterdam. The pair were only allowed to board the flight on the condition that they would not be served any more alcohol, however it seems as though they snuck on their own supply, and then proceeded to get in a loud and drunken fight.

Zeebregts then needed to be separated from Snow, according to the paper, and was taken to the rear of the plane where she had to be restrained, after which point flight attendants smelled cigarette smoke and found that Snow had lit one up at his seat. When they told him to put it out, he became “verbally aggressive and disruptive," according to an affadavit filed by FBI Special Agent David F. Peacock.

And as the East Bay Times tells it, one flight attendant got "the brunt of the abuse," including the bite to the ear. And after Snow was subdued somehow, a female flight attendant then had to sit by him to keep him calm until the plane landed. 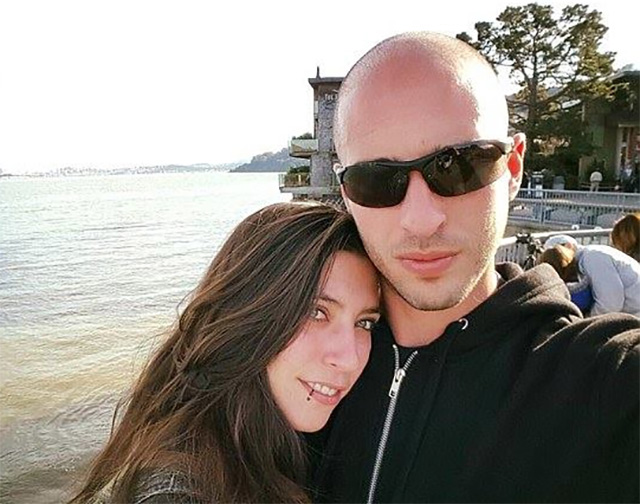 KLM issued a statement saying, "KLM’s number one priority is the safety and security of its passengers and they were not affected by the incident."

As CBS 5 reports, Snow was arrested upon landing, and could face a $250,000 fine and/or up to 20 years in prison. He's been charged with interference with flight crew members and attendants, and he's currently out on bail.

Snow grew up in Santa Rosa and was likely on his way home for the holidays with Zeebregts at the time of the incident. According to Facebook profiles that no longer appear public, Snow has been living in Roermond in the Netherlands, working for a roofing company, and Zeebregts is a tattoo artist.

A Versace retail outlet in the Bay Area is being sued by a former employee who was fired, he says, after just two weeks. What's more, he says he was discriminated against for