As the names of the missing officially become the names of the dead, SFist is continuing to offer brief remembrances and obituaries as they're being collected from various news sources and friends. The first groups are here, here, and here. If you have any of your own to offer, please do so at [email protected]. 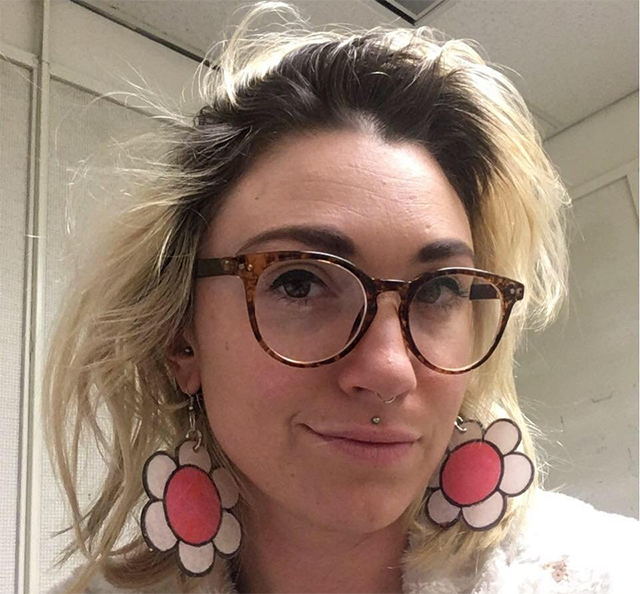 Nebraska-born Nicole Siegrist, a musician and artist with an extremely outgoing personality, had relocated to Oakland to join the music and arts scene there, and had formed the group Introflirt with friend Benjamin Runnels, who also died in last Friday's fire and whom we profiled here  the name of group comes from a Runnels's introverted nature, and Siegrist's more flirty nature. She rechristened herself Denalda Renae (or sometimes "Sea Crust"), and in addition to playing synths, friends speaking to KRON 4 called her a "feisty feminist rapper."

As the East Bay Times writes of her stage persona, Siegrist "had a team of friends who would help her design outfits with a new style for every show," and like many people at Ghost Ship that night she was there as both fan and entrenched member of the local music community. She and Runnels had gone to the party, according to the Mercury-News, in part to hear Runnels's roommate Johnny Igaz, a.k.a. Nacht, spinning  and Igaz also died in the blaze and was reportedly on deck when the flames broke out, or shortly before.

"Right off the bat she would talk to anyone,” says Brendan Dreaper, a friend and band manager, speaking to the East Bay Times. And former bandmate Travis Beck summed up Siegrist in the Omaha World-Herald saying, "She was super brave and carved her own path. She used her weirdness as a strength."

Below, Siegrist live on stage at the Hotel Utah with Runnels on October 29, 2015. 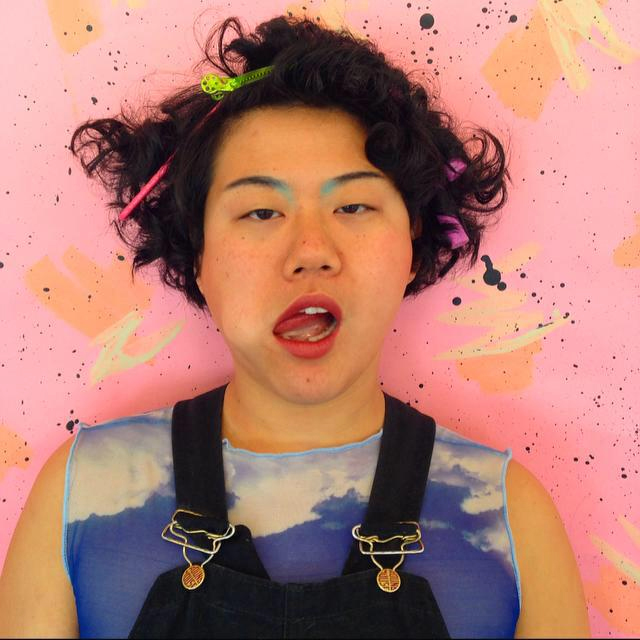 The East Bay Alternative Book and Zine Fest goes on this weekend minus one of the founders and driving forces behind it, a veritable arts galvanizer and social force known throughout the creative corners of the East Bay named Ara Jo. The Los Angeles native seemed absolutely at home doing many things at once, working at Berkeley art supply store Ink Stone, organizing the Rock Paper Scissors Collective, curating at the Sgraffito Gallery (above which she lived), and starting a band with several friends, the cumbia punk quartet HGS.

Ara Jo is one of many people who had gathered Friday night for an underground party that was their bread and butter, and part of their regular calendar of occasions coming together among the art nerds and band geeks that converge on Oakland, in particular, among other bohemian towns flanked by multiple colleges and respected art programs. She was there with her friend Kiyomi Tanouye, who had come to the party to do nail art for guests (she was profiled here).

An an artist in residence at Berkeley City College, as the East Bay Times tells us, the college called her "a vivacious, creative and talented artist and writer [whose] contributions to the creative fabric of BCC’s learning community and to the East Bay will enrich us for many years to come.”

Speaking to the Chronicle, Ara Jo's uncle said, "She was a very, very social girl... too many friends."

And those many friends remember her silliness as well as the bright energy she brought to a room. Anjelica Colliard stresses "how wide and deep her influence and love ran throughout Oakland," and how she was a "spearhead" for so many arts communities. Berkeley City College professor Tomas Moniz wrote to Ara Jo on Facebook, in remembrance, "I will remember the sound of and the way your laughter could fill a room. I can honestly say you were one of the most inspiring genuinely positive people I have ever had the pleasure of being around."

Noted in the press following his positive ID as the oldest among the Ghost Ship victims, Wolfgang Renner "was about as free of an individual as anyone is likely to ever meet," according to friend Robert Janca in a statement to KRON 4.

Like many of his younger cohorts at the party, Renner was a musician with a penchant for parties and "loud times," as the Chronicle tells it. A native of Erlangen in the German state of Bavaria, he was passionate about music though not always successful in finding an audience for his own. An anonymous friend told the paper he was "charming, intelligent and a little crazy," adding, "He was vibrant and gregarious, and he liked being with creative people. I always imagined him out there, enjoying life, and it seems like he was."

Renner had come to the party with girlfriend Michelle (Collette) Sylvan, who remains among the missing and unconfirmed dead. 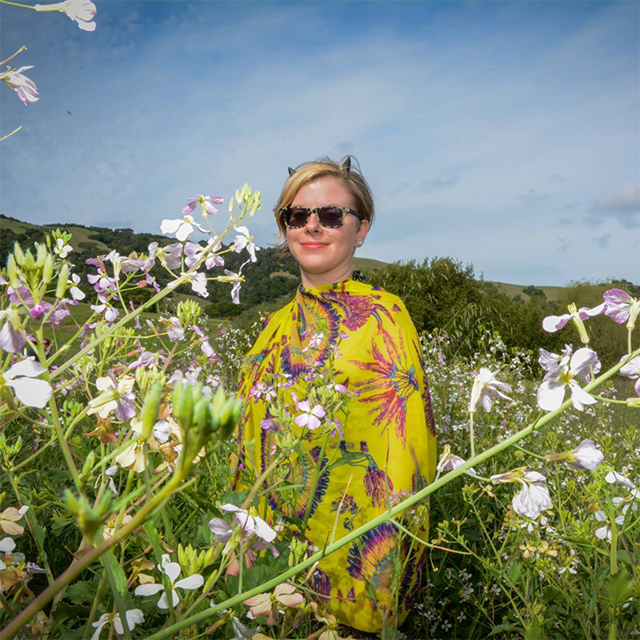 Moving to San Francisco from the Boston area with DJ husband Andy Kershaw in 2008, Amanda Kershaw worked as an event and portrait photographer and was immersed in the music scene along with several friends who are also among the dead or missing.

A childhood friend speaking the Lowell Sun made the leap, "She took ballet as a child and then that easily transitioned into her marrying a DJ, dancing at clubs and raves, and really embracing that underground musical life."

Kershaw's husband described her to the Associate Press as "vibrant, awesome and magnetic."

The Chelmsford, Massachusetts native also worked at Bay Area nonprofits, and was according to Facebook a big fan of Sunset Sound System parties, and other dance music affairs. 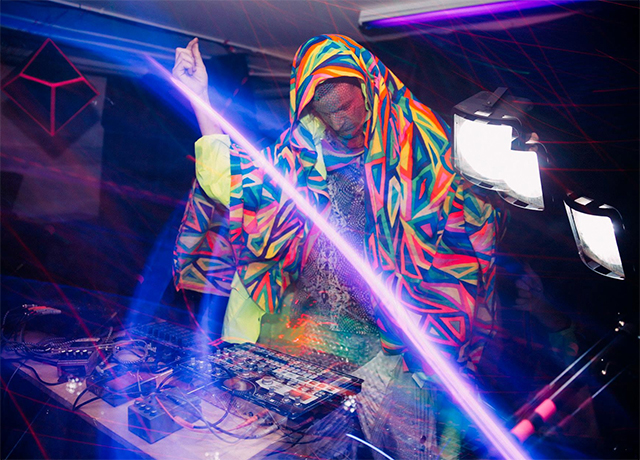 A punk and electronic music legend among the East Bay music scene, and described by a fellow DJ as a "philosopher of electronic music," Joey Casio was considered an "institution" unto himself by friends and admirers. Good friend Ian Smith tells SFist he ran into Joey on the street about a week before the Ghost Ship gig, and he was talking about his excitement about the show  and victims Cash Askew, Feral Pines, Benajmin Runnels, and Nicole Siegrist were all apparently there that night, in large part, to see him play, which he was doing under the name Obsidian Blade.

The Olympia, Washington native was reportedly never too focused on any kind of wide-ranging success. According to Calvin Johnson, founder of the Olympia-based record label K which recorded some Joey Casio singles, speaking to the Chronicle, "He would do his music, do his art no matter what. There was never a wide interest in what he did, but it didn’t seem to bother him."

Perhaps as an example of his personality, check out the visually dizzying image he posted as his cover photo on this Facebook page. Also on Facebook, in June, he implored friends to forget rock ’n’ roll’s "mythology of western individualism and accept that you are an active participant in something larger than yourself."

Casio's father, John Matlock, tells the Chronicle his son was "a peacemaker," and one song of his son's that most resonated with him ended with lyric, "Share the cup and spare the sword."

Others, writing on Facebook, described him as a "beautiful alien,” “a punk in the truest sense” and a “digital hypnotist,” and also, "almost a mystical creature walking through the world." 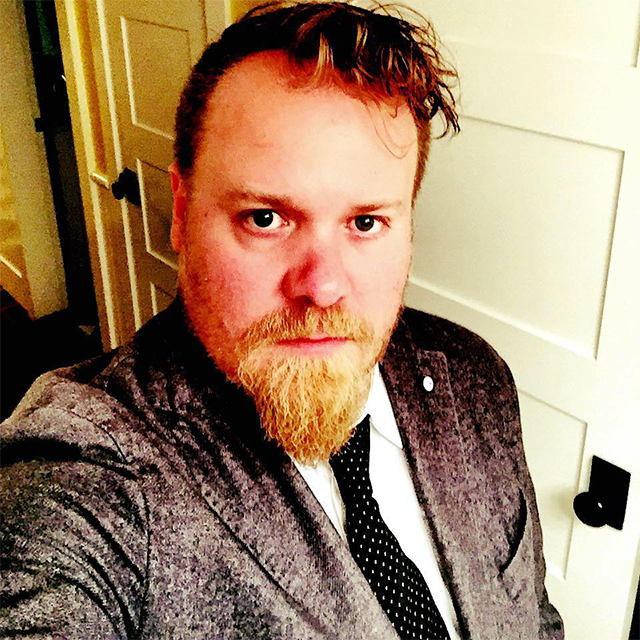 Freelance sound engineer, DJ, and electronic music enthusiast Barrett Clark was a frequent presence and essential component of parties like the one that happened Friday, hauling in sound equipment and setting it all up to sound good for his musician friends. He was at the party in support of friend Joey Casio along with close friend Jonathan Bernbaum, a successful video projection artist who also lost his life in the blaze.

Speaking to the East Bay Express, longtime friend Michael Buchanan, an organizer of the events collective Katabatik, says, "Barrett was behind the scenes at every fringe electronic show here  at least the ones that sounded good."

Josh Cheon of the gay electro collective Honey Soundsystem told the paper, "Barrett understood the science behind sound, which is so rare in a profession that relies on myths and hearsay. He wasn’t even gay, but at any party we threw he’d come and just be like a security blanket for everyone."

And he often proffered his services for free, as the EBX writes, and "What he expect[ed] in return [was] only to hear something inventive and loud, usually set to a pulsing beat."

YouTube today announced that it has agreed to a large settlement with a songwriting rights trade group, in what outsiders view as an attempt to play nice with the music industry. The New