Perhaps this isn't the most ideal moment to be talking about frivolous endeavors, and spending one's money on anything besides the revolution. But if you've got the means and you're of a mind to sequester yourself from the riffraff in the coming months and years, the Bay Area has a number of private social clubs you could consider, some of which boast an absurd degree of exclusivity and long waiting lists. And, even if you'd never dream of spending your hard-earned money on such things, they're fun to read about for some of us, and fodder for proletariat rage for others of us. Take your pick.  Jay Barmann

The Battery
The most high-profile newcomer among the posh private hangouts in town, The Battery, boasts a grand bar and lounge and full-service restaurant on its main level, as well as a cool back garden patio that's perfect for warm weather events. There's also a gym and spa tucked away in the basement, and an art gallery. Upstairs on the second level in this once-upon-a-time ice house there's a "library" where very few people read but where they occasionally host lectures or small musical performances, as well as a dark and masculine den-like library bar with a secret room attached, hidden behind a bookcase (all designed with no expense spared by noted local designer Ken Fulk), as well as a card room. And further upstairs there are a group of high-end hotel rooms, as well as an expansive roof deck and penthouse entertaining space (pictured). It's a fun place to attend a party, and if you have rich friends coming to town the hotel rooms are definitely top-notch, but you can expect fairly slow service at the bar if there are more than 20 people there, and the restaurant doesn't come too highly recommended. Membership requires being nominated by a current member, and is in the thousands of dollars per year.  Jay Barmann
717 Battery Street 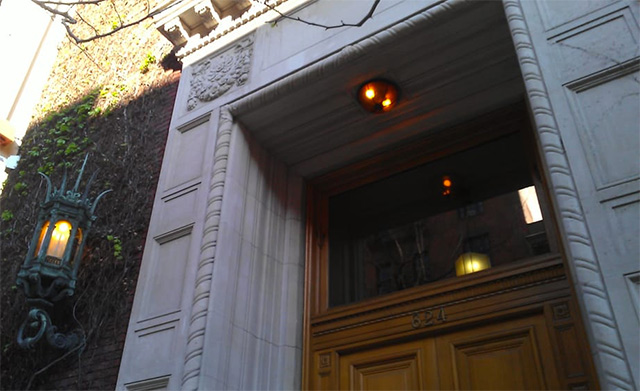 The Bohemian Club
The grandaddy of exclusive men's clubs in San Francisco, the Bohemian Club became synonymous with the shady, secretive deals that have allegedly been made during its secluded annual summer retreats at Bohemian Grove in Monte Rio, near Guerneville. Once the haven of artists, musicians, and writers (hence the name), membership opened up to local businessmen early in the last century, and bohemian it was not, thereafter. Its grand historic clubhouse still stands at the corner of Post and Taylor, and reportedly membership costs $30,000 up front and $600 per month thereafter, though statesmen like Richard Nixon were granted honorary memberships over the years, and likely that practice continues  and 500 members are apparently invited solely on the basis of artistic talent. I have no idea how one applies for membership and neither, it seems, does the internet, but after sitting on a waitlist and forking over all that cash, assuming you have a penis, it's theoretically possible, and if anyone would like to invite me along to Bohemian Grove one August, it's a bucket list item.  Jay Barmann
624 Taylor Street at Post 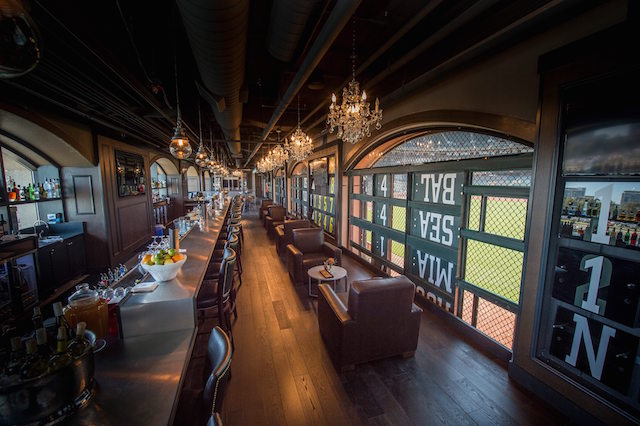 The Gotham Club
Revived in 2013 and established in 1883, the Gotham Club is a game-day access club for Giants fans previously reserved for season ticket holders. It's, duh, at AT&T park, and it's named for the New York Gothams, a ball club who eventually became the New York Giants and then the San Francisco Giants. The clubhouse itself is a sight to be seen, located inside the out-of-town scoreboard. It's accessible to its private members via a members-only entrance. There's also a game room with a bowling alley, you know, in case you get bored. All former Giants players and, for that matter, former Gothams players, are automatically members. — Caleb Pershan
24 Willie Mays Plaza 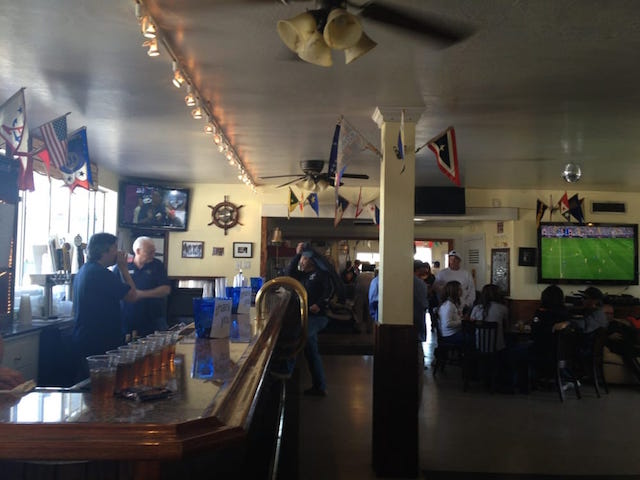 Mariposa Hunters Point Yacht Club
Beloved by members for its bar and proximity to the ballpark — on game days, it's open an hour-and-a-half before the first pitch — the low-key, laid-back Mariposa Hunters Point Yacht Club is not reserved for the avid yachtsman or snooty socialite. In fact, membership is open to anyone "of good character who [has] a strong interest in boating or the ocean," some of whom have vessels of their own. While the club is indeed for these members only, they may bring guests, who are greeted amiably. It can also been rented for private events. The MHPYC is admittedly a small club, nothing fancy, but it's also full of charm. — Caleb Pershan
405 Terry Francois Street between Pier 48 & 3rd Street 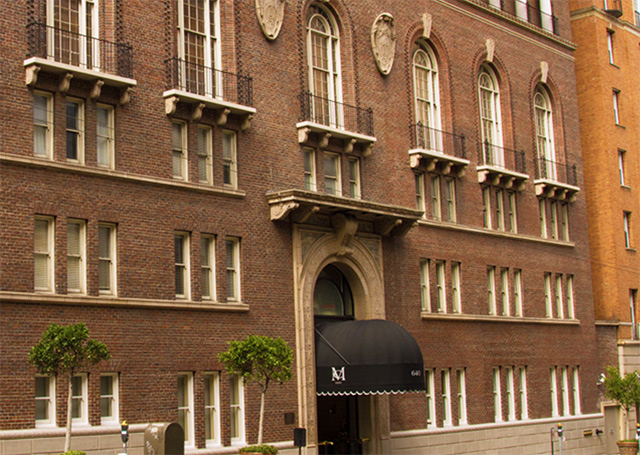 Photo courtesy of the Metropolitan Club

The Metropolitan Club
The women-only flipside of the Bohemian Club, founded in 1915, The Metropolitan remains a social club for ladies with an apparently rad basement pool, fitness center, a (stodgy) dining room that serves both lunch and dinner (on certain days of the week), and offers fairly inexpensive (for Union Square) guest rooms for members and their guests. It was, in fact, the first women's athletic club to be established west of the Mississippi, retains a strict dress code in its public space. To discuss membership, one is instructed to call 415.872.7211, or email [email protected]  Jay Barmann
640 Sutter Street 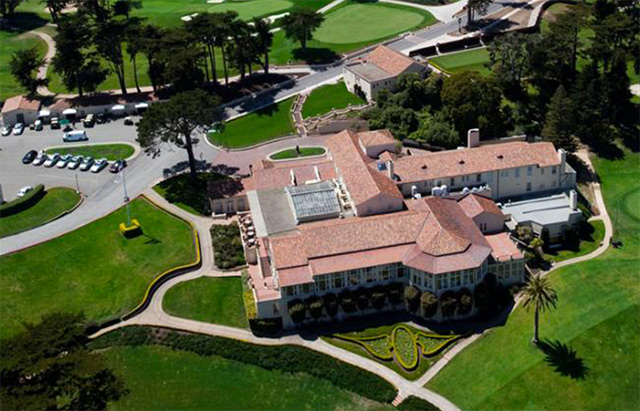 Photo courtesy of the Olympic Club

The Olympic Club
Nestled out by the ocean south of Lake Merced, on the border of Daly City, is this historic golf and athletic club founded in 1860 that regularly plays host to professional golf tournaments  the US Open took place there in 2012, for instance. The club has 5,000 active members (call 415.404.4300 if you want to inquire about membership), and membership includes the use of the 1912-built City Clubhouse at 524 Post Street, near Union Square, which has its own gym.  Jay Barmann
599 Skyline Boulevard 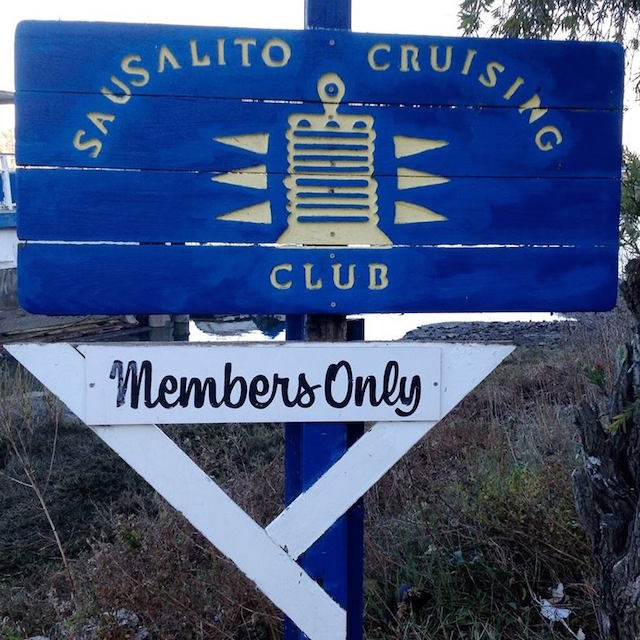 The Sausalito Cruising Club
Founded in 1949 by servicemen recently returned from World War II, the Sausalito Cruising Club's "clubhouse" is a former Army munitions barge, extensively remodeled. A 501(c)7 private social club and a cooperative owned by its members, the Cruising Club doesn't require boat ownership for membership, as the name might suggest. In fact, only about a third of members have their own vessels, while most simply enjoy the bar, galley, and frequent entertainment. All members are welcome to use the Club's own fleet of kayaks, paddle boats, small sailboats and more, and it's apparently a pretty fun and drunken locals' scene in there most nights. —Caleb Pershan
100 Napa Street, Sausalito 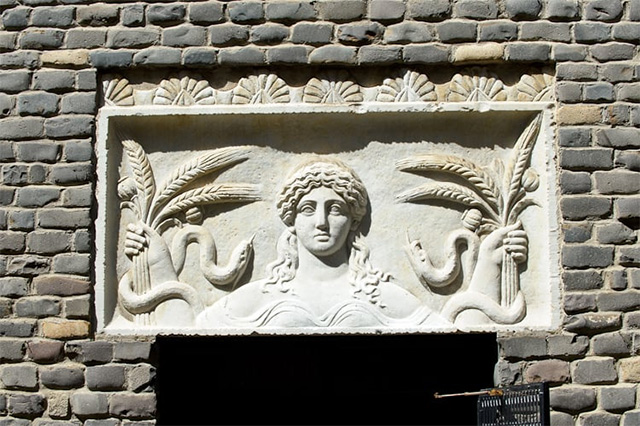 Villa Taverna
Like the Bohemian Club (and the Pacific-Union Club, which we didn't even bother putting on this list), your hopes of becoming a member at the ultra-exclusive, 56-year-old lunch clubhouse known as Villa Taverna are slim to none  they keep a roster of just 460 members which includes the likes of Ann and Gordon Getty, Dianne Feinstein and husband Richard Blum, and former Secretary of State George Shultz and his wife Charlotte Shultz, and new members must be invited and approved by the board. The Chronicle described the space, tucked away in the TransAmerica Pyramid's shadow on Hotaling Place, as "a delightful spot that exudes a chic 'La Dolce Vita' vibe," and the food, I'm told, is excellent. And, allegedly, the initiation fee and dues are "modest" by comparison to some of these other places, if you were ever to be invited.  Jay Barmann
27 Hotaling Place near Jackson

Wingtip
Trying to appeal to nouveau riche bros who prefer fine whiskey, wine cellars, and cigars to nightclubs and crowded pleb bars, Wingtip sits atop the historic Bank of Italy building, which would later become Bank of America, with a grand 10th-floor bar overlooking downtown and the TransAmerica Pyramid. They've got billiards, naturally, and a golf simulator, meeting rooms, wine lockers, and a schedule of member events throughout the year. Also, they've got a store on the ground floor featuring clothing, a barbershop, high-end booze, cigars and cigar accessories, and (ugh) fly fishing gear. They've clearly found a market for all this and they've been in business over three years now. At least as of the time of opening,the monthly membership dues were fully redeemable at the barbershop and store, meaning that "each member is essentially committing to spend a couple grand a year at the store."  Jay Barmann
550 Montgomery Street, Floor 10

Turn that frown upside down! After all, to borrow the term for the shadow universe from Stranger Things, that's where we all live now. A series of encouraging signs, that I, with that

Weeks after two of the suspects in a 2014 slaying of a disabled homeless man were arrested, a third person has been taken into custody in the violent and disturbing case. As previously

—
The 9 Coolest Private Clubs In The Bay Area
Share this