Some refined designs for two connected buildings on a highly visible parcel at 1500 Mission, the intersection of Mission Street and South Van Ness Avenue where Goodwill currently sits, are going to be presented before the Planning Commission next week, but Socketsite has an early look at those right now. The developer, Related California, and usual-suspect architect ​Skidmore, Owings & Merrill, have in mind a 39-story, 396-foot tall, 550-unit residential tower and another 16-story, 264-foot tall building for the City of San Francisco that would serve as the new home for San Francisco Planning, Building, and Public Works Departments. 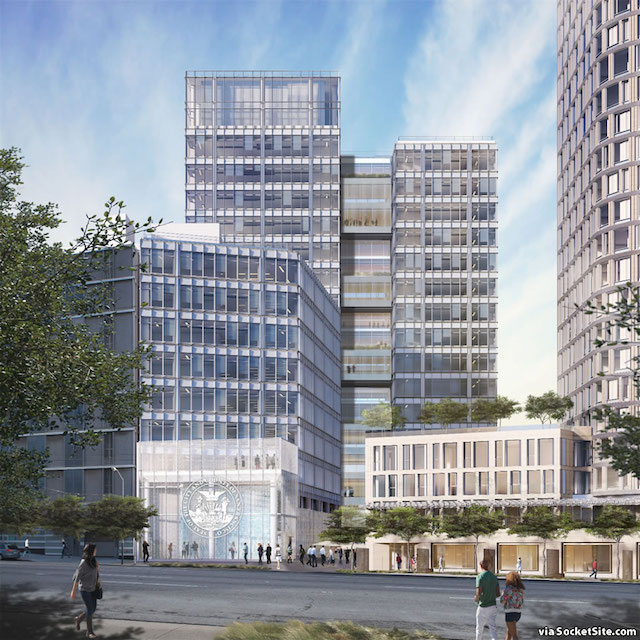 Also at the site: A parking lot with 120 spaces for city officials and 287 spaces for residents, plus 38,000 square feet of retail space. That's unlikely to be something along the lines of Goodwill: In June, the San Francisco Public Press explained that Goodwill owned the property, which it sold to Related California for $64 million. To help finance the redevelopment, the Mayor's Office of Housing and Community Development applied for a $375 million tax-exempt state bond. To qualify, 20 percent of the site's units must be affordable, though the remaining will be luxury, market-rate housing.

The site at 1500 Mission isn't just home to Goodwill's retail store, though: It's also the location of the Goodwill "As-Is" warehouse. As the Public Press explains, "The Goodwill’s “As-Is” warehouse on Mission Street was the only place in San Francisco to buy used goods by weight, and was a key resource for low-income and homeless residents."

While the developer indicates on its website that construction is slated for 2017, there are plenty of contingencies. A draft Environmental Impact Report is planned for December, which could be certified by Planning in March (they do want a new home, after all). As the development is taller and bulkier and includes more parking for city employees than would be permitted for a regular office, the Board of Supervisors would need to establish a Special Use District to allow the development to be built.The Board approved the city's plan to spend about $327 million to buy the land, selling its current 5-story building at 30 Van Ness to help out, in November 2014. 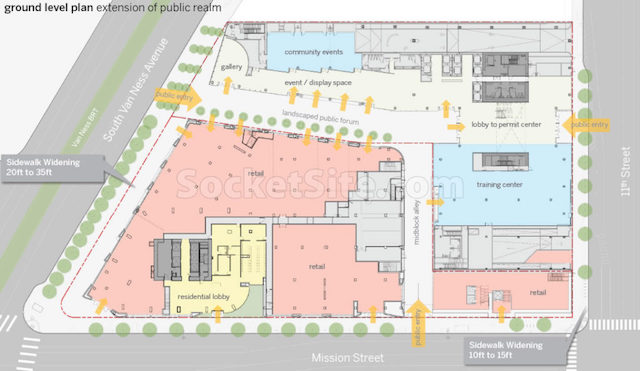 Related: Developer Of Big Mid-Market Hotel And Condo Complex To Buy And Donate Nearby Parking Lot For Affordable Housing

Out of the “Real World: San Francisco,” the relationship of Dr. Pamela Ling and Judd Winick has endured https://t.co/0zHQ1UNiMs pic.twitter.com/hPjYMg9F5P— The New York Times (@nytimes) October 23,

Although it may be months before you're breathing clearly again and the PTSD subsides, this year's election season only goes on for a finite amount of time and will soon be coming to