As we reported back in April, a couple of people are attempting to block a large mixed-use development on Market Street between Fifth and Sixth by saying that the long-ago sites of a couple of gay bars are important LGBT historical resources. It's a story more than familiar to San Franciscans, where it remains possible for an individual or a small group of individuals to stymie a major development through a series of appeals, but in this case it feels like the objectors' concerns are misplaced.

Hoodline updates us on the upcoming Planning Commission hearing on October 27 to consider the project at 950-974 Market, which is set to be a 12-story development containing 250 residential units and 232 hotel rooms, in addition to ground-floor retail space and a new expansion space for The Magic Theater (though that aspect is being contested, see below). At that meeting the commission will also consider a Preliminary Mitigated Negative Declaration filed by LGBT group the Q Foundation, an extension of the AIDS Housing Alliance, led by Brian Basinger. Basinger contends that demolition of the existing buildings along Market Street will include spaces once occupied by two early LGBT bars in what was once a neighborhood well populated with LGBT people, the Old Crow at 962 Market Street, opened in 1935 according to SF Gay History  not to close until 1980  and the Silver Rail at 974 Market Street.

Basinger, who is looking to establish an LGBT historic district in the area of Turk, Taylor, and Market Street (which also includes the former site of Compton's Cafeteria and several other historic bars), is concerned that demolition of the remaining site of the Old Crow will mean one less historic site to comprise this proposed district. "Bulldozing these buildings would have substantial environmental impacts to the LGBT historic resources in the neighborhood," he tells Hoodline.

Previously, in assessing the development plans for 950-974 Market, the Planning Department concluded "[B]ased on the number of LGBTQ‐associated resources that appear to have been concentrated in and around the neighborhood from the post‐Prohibition period through the present, the Tenderloin appears to be eligible  for listing on the California Register of Historical Resources as a historic district for its LGBTQ context." However, as a spokesperson for Group i, the developer of 950-974 Market, explains, "the Planning Department concluded that although three of the storefronts at the property had at certain times in the past been occupied by gay bars, none of the three storefronts retains physical features associated with those long-closed establishments (they lack 'integrity') and thus are not able to convey historic significance." 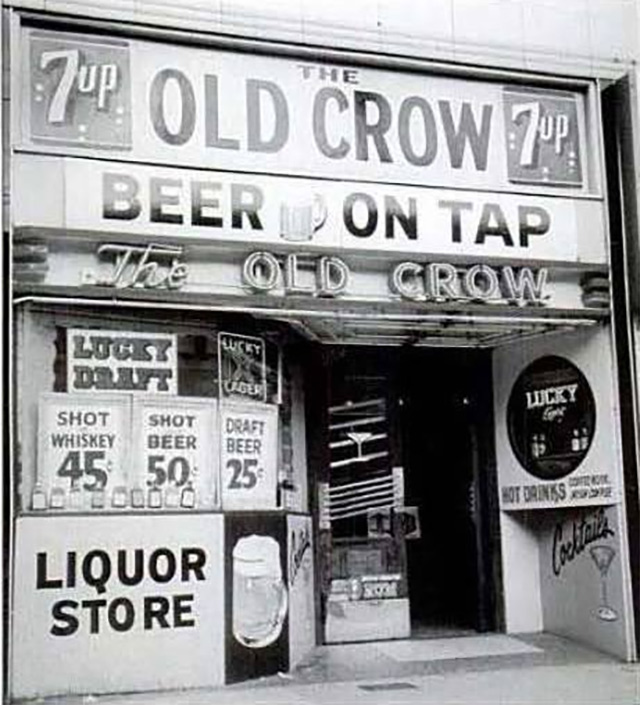 The site of the Old Crow is now a Metro PCS store, and while another gay bar called the Silver Rail stood at 974 Market, it appears its original building or storefront no longer exists. The Facebook group Preserving Historic LGBT Sites In California notes these among other historic resources that they hope will be marked in the historic district.

The actual significance of these sites is certainly up for debate, given how long ago the businesses existed,* and any historic district designation is really going to be mostly about the ghosts of gay bars past, rather than any tangible locations. Basinger concedes, to Hoodline, that if the negative declaration fails to have any impact on the project's approval, he's hoping the developer will open the ground-floor spaces in the building to LGBT-owned businesses.

To that end, drag queen and noted chef Juanita MORE! is seizing on the possible opportunity to locate a restaurant in the ground floor of 950-974 Market, inspired by Gene Compton's Cafeteria  and I know Juanita has been contemplating going into the restaurant business for some time now. Hoodline reports, via Juanita's newsletter, that she's hoping the developer will consider her restaurant in place of The Magic Theater's expansion space. "Keep your fingers crossed that this project comes to life as this neighborhood must be preserved as part of our queer history," she writes.

Should that space not pan out, it sounds like Juanita, and Hecho chef Corey Armenta, want to push forward with the idea at another location. They're currently trying to hunt down an original Compton's menu, and beginning the planning stage of the project.

* This post has been corrected to show that the original home of Compton's Cafeteria at 101 Taylor Street still stands, though in a significantly altered form.

Have yet to get your hands on a shiny new iPhone 7 or iPhone 7 Plus? New-phone envy driving you mad? Then Apple accessory developer Twelve South has just the thing for you.

A man who police say was illegally traversing Bayshore Boulevard was injured Tuesday, struck by a driver as he attempted to cross the street. According to the San Francisco Police Department, the collision