On any given Golden Gate Park Saturday morning, you’ll find people already out enjoying some marijuana, as well as people already out for their morning jog. There is never much Venn diagram overlap between these two groups. But there was again this past weekend, as a thousand marijuana enthusiasts who also dabble in exercise rolled up early for the third annual 420 Games. Organized by the proprietors of the upcoming cannabis-friendly gym, the 420 Games seeks to recast the lazy image of cannabis users with a footrace and series of competitive exercise events. 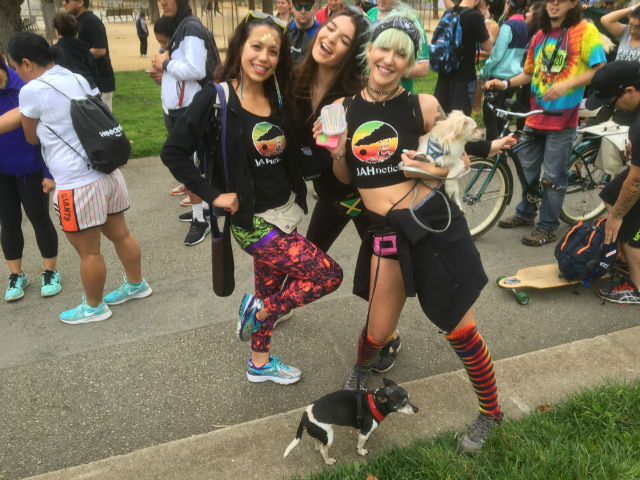 Most races begin with a “3-2-1” countdown, but this race started with a “4-2-0” countdown. Below we see how a thousand variously medicated cannabis athletes started off a 9:30 a.m. competitive footrace, with many breaking into an immediate casual walk.

Both the runners and the race course were altered at Saturday's 420 Games, as park officials requested a last-minute shortening of the 4.20-mile course that left the distance at just over two miles. 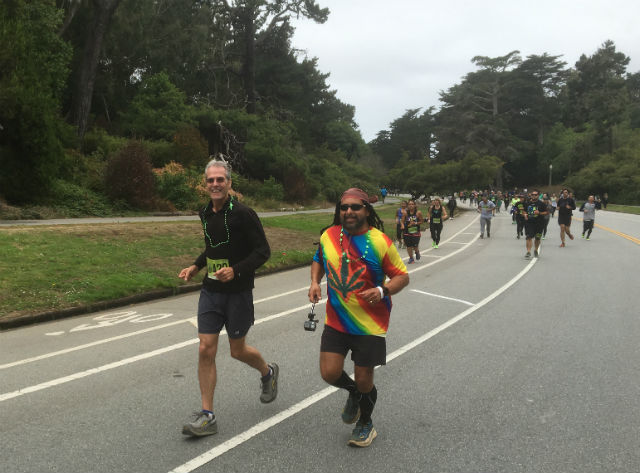 Racers were given the option of just running the course a second time for the 4.20-mile experience. But at that point 420 Games founder Jim McIlpine announced that the beer tent would be opening an hour early, causing most runners to predictably decline the offer of running a second lap. 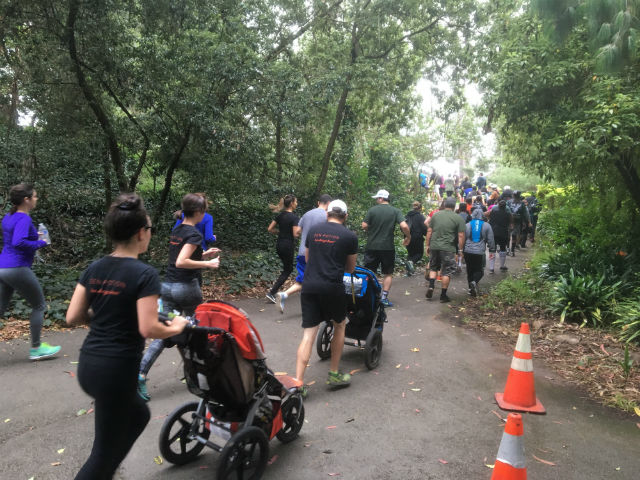 Yes, those are strollers carrying babies at the 420 Games, and there were several dozen kids on hand for the race and celebration afterwards. “As a dad, I’m really proud to see families and fathers and moms bringing their kids out to events like this,” McIlpine told SFist. “It’s not frowned upon to bring your child out to a beer fest or anything else. So I don’t think anyone should be ashamed to be out here and no one is.” 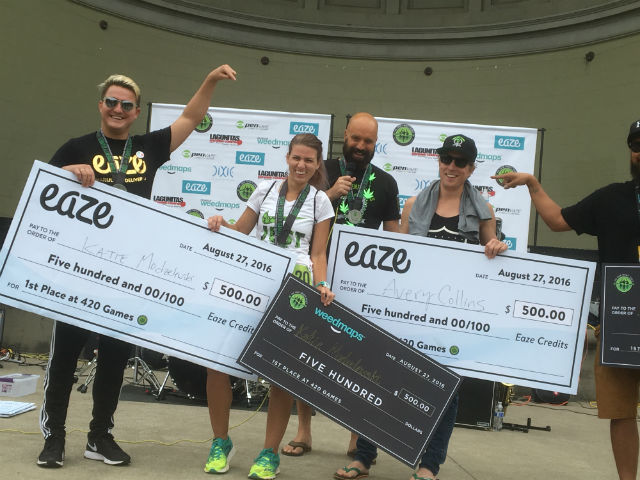 A $500 check from Weedmaps and a $500 credit from Eaze were the grand prizes won by Fairfield distance runner Katie Modzelewski and ultramarathoner Avery Collins. “This [race] fits my whole philosophy in that I’m sponsored by cannabis companies and I’m trying to destigmatize the stoner stereotype,” said Collins, who is in fact sponsored by Weedmaps, Roll-Uh-Bowl and Incredibles. 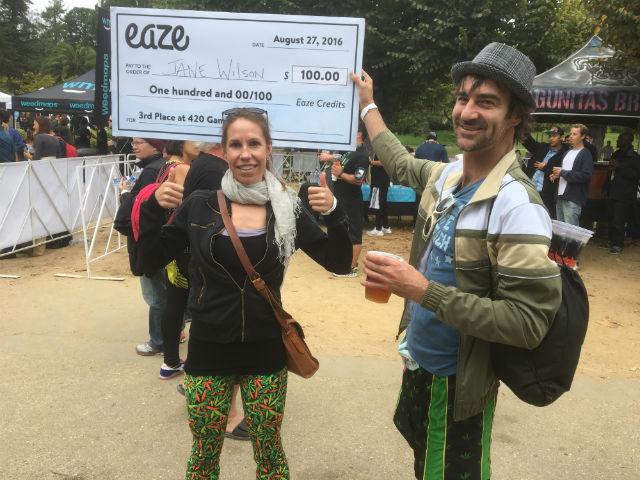 Marijuana motivation paid off for Jane (above), winner of third place in the women’s division. “I get in line for the race at the middle of the pack, and they announce that they’re doing a cash prize,” she told SFist. “I’m thinking, maybe I should get a little closer to the front.” 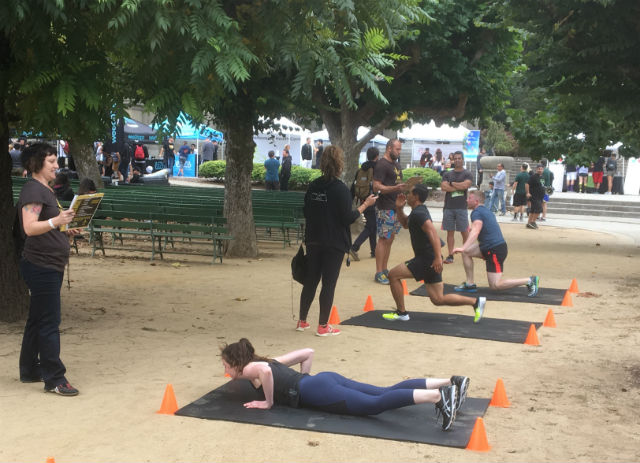 There was even some diesel-powered crossfit in the form of the Power Plant Fitness Challenge. “A lot of people competed and it was really well received,” the Games’ founder McIlpine told SFist. 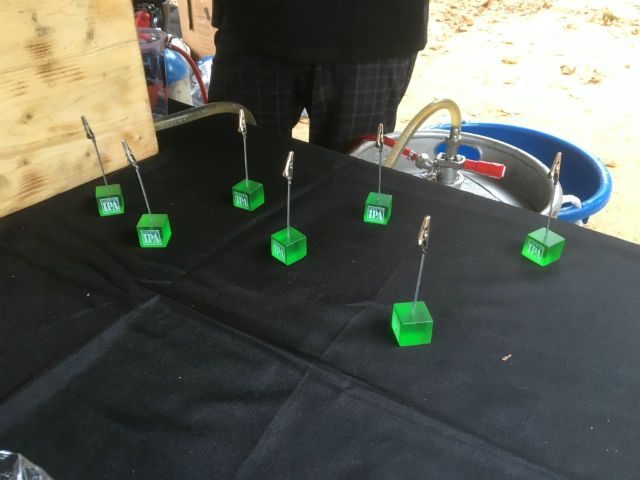 Several cannabis booths handed out their schwag, but that kind of schwag was not allowed per park regulations. Many exhibitors got creative with that rule, like the Lagunitas Brewing Company who handed out these handsome branded roach clips. 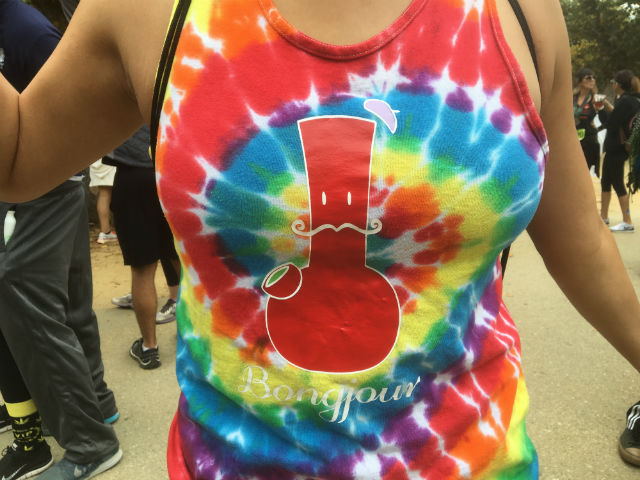 The 420 Games is more of a fun run than a competitive race, after all, and a unique get-together for Type A personalities who also like their ganja. “The power of the bong makes us all get along,” said runner Moe G. Kush, who competed wearing the fine ‘Bongjour’ shirt seen above.

After launching here in 2014, the 420 Games has expanded with events in Seattle and Los Angeles earlier this year, and the games will also be heading to Portland, Denver, and Boulder this fall.

You already know that San Francisco has a $9.6 billion budget — "more than the budgets of 13 states and scores of countries around the world," the Chron notes. As reported earlier this

The couple whose lives have been permanently impacted by the failure of a tree in Washington Square Park are continuing to speak out and hold the city responsible for the accident. As the