Wildfires are frightening enough as is the damage to property, wildlife, and risk to human life they pose. And yet, as CBS 5 reports, they have the potential to be even more terrifying when an "ash devil" develops — as happened this week near Yreka, California.

The Grade Fire, where the above picture was snapped, is one of several wildfires currently menacing the state. To our south, the Soberanes Fire near Big Sur started on July 22 and has burned over 90,000 acres. Meanwhile, San Luis Obispo County's Chimney Fire has burned over 45,000 acres and continues to threaten Hearst Castle.

Near Yreka, the Grade Fire has reportedly burned 710 acres and is 65 percent contained. It threatens 150 structures, and has already burned four homes. It has also given birth to at least one ash devil.

"Firewhirls and ash devils are not uncommon in wildfires on unstable days," the US National Weather Service of Medford Oregon explains on its Facebook page. "Strong updrafts from the heat of the fire (or even just the blackened ground) are able to turn the horizontal vorticity (spin) into the vertical and give rise to these spinning columns of air. These are signs of vertical wind shear and extreme instability, and they are very dangerous to firefighters."

The cause of the Grade Fire remains unknown. 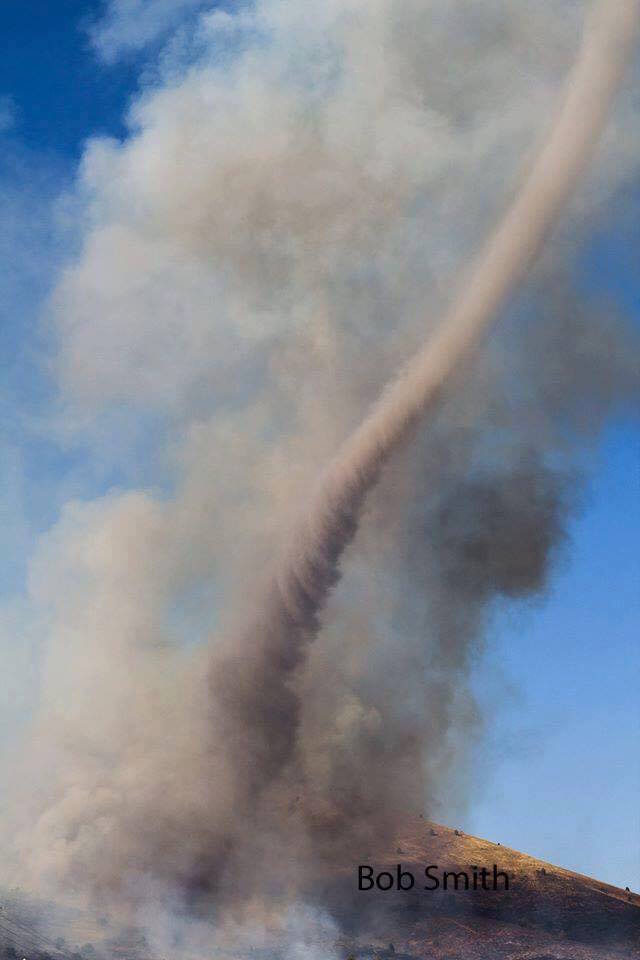 Photo by Bob Smith via US National Weather Service of Medford Oregon.

"You are in this city that is so vibrant and full of everything, what are you doing to be a part of that?" Carson Lancaster asks in an interview with San Francisco Arts