Looking to plunk down some cash on some serious body art that you won't regret? Below we bring you a dozen of the top tattoo parlors the inner Bay Area has to offer, which are home to a diverse array of talented artists who are likely behind the prettier and cooler tattoos you've seen on friends.


Black & Blue Tattoo
Black and Blue holds a place of its own in this town. A female-owned, gender-inclusive tattoo studio established in 1995, the shop earns rave reviews for its kindness and artistry. Brücius, one of ten plus artists that works there, is particularly sought-after, with folks flying from all over to become his canvas. The shop is a fragrance-free zone, so please don't wear cologne or perfume when you make your visit. — Caleb Pershan
381 Guerrero Street between 15th and 16th Streets 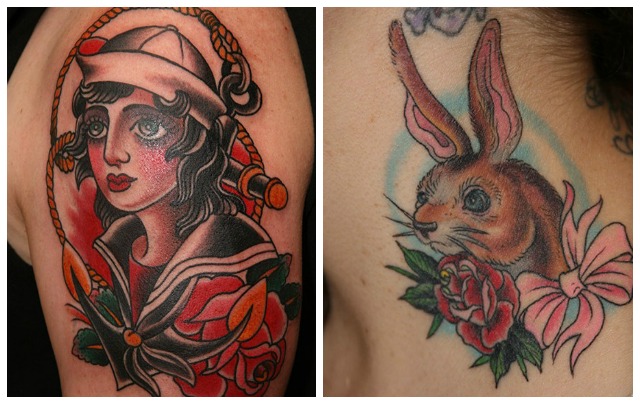 Black Heart Tattoo
Black Heart was founded by Tim Lehi, Jeff Rassier and Scott Sylvia over a decade ago, and it swiftly gained a reputation as a place to get both traditional and innovative work. Everyone there is great, but Scott Sylvia is my guy — my entire back is covered in his work, and he's the man my husband and I went to when we got our tenth-anniversary tattoos. (I'm not the only San Franciscan who refuses any needle besides Sylvia's: he's the only artist well-inked local sex/tech writer Violet Blue uses, for example.) Sylvia is happy to work with you on a design, and can make a vague idea you might have about a tattoo into something sublime. His touch is gentle enough that I made it through four, three-hour full-back sessions without losing my mind. He's just as good with newbies, getting my tattoo-virgin (and, between us, kind of a baby about pain) husband through his first sans freakouts. I cannot recommend him, and Black Heart, highly enough. — Eve Batey
177 Valencia Street, between Duboce Avenue and McCoppin Street 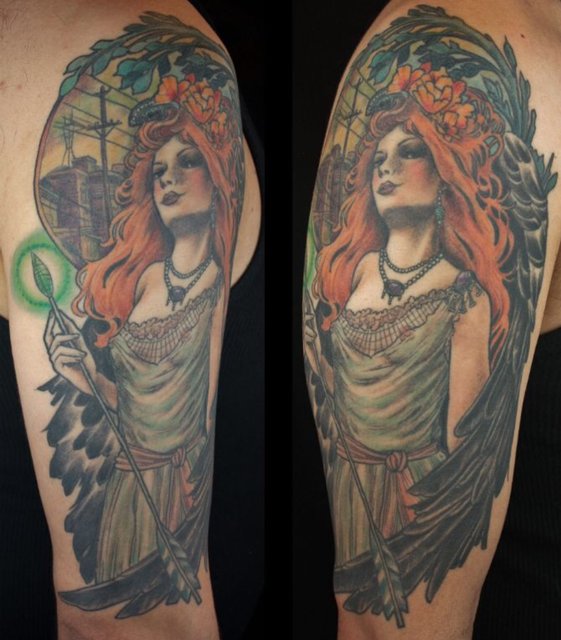 Jason Stein of Cyclops Tattoo
Cyclops Tattoo
Smack dab in the heart of the Valencia Corridor, Cyclops Tattoo might look like your average tattoo parlor, but the talent inside is anything but basic. Jason Stein has been an artist since 1996 and has an impressive array of classy specialties. Says Jason, "My style references elements of Art Nouveau, traditional American and Japanese tattooing, scientific botanical and wildlife illustration, and classical fine art painting." Will Jason do your dumb tramp stamp? Maybe. "It's all about context." — Beth Spotswood
513 Valencia Street # 2 between 16th and 17th Streets 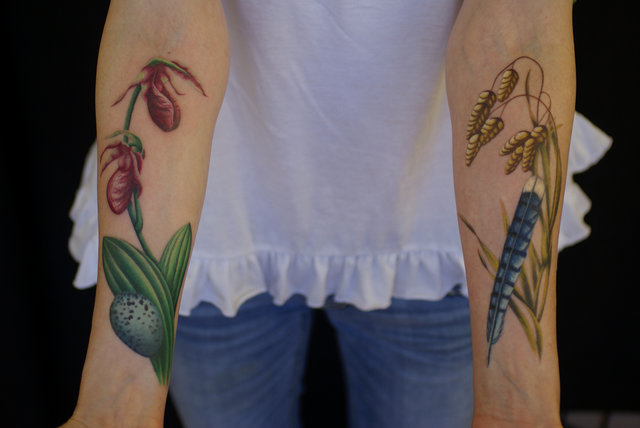 The work of Tonya Vyeda at Lampblack, via Facebook

Lampblack Tattoo
Having just celebrated its one year anniversary, Mission Street's Lampblack Tattoo is a small, unassuming shop with plenty of attitude. Owner Iggy Vans has been a professional tattoo artist for 20 years before opening his own shop, and he remains a full-time Mission District character, often playing with his band, Dick Wolf, at Bender's Bar and Grill. Artists like Tonya Vyeda (who, full disclosure, has tattooed me) are not only thoughtful artists but a hell of a lot of fun to be around. Lampblack, named for the traditional pigment, is a great addition to the neighborhood. — Caleb Pershan
2063 Mission Street between 16th and 17th Streets 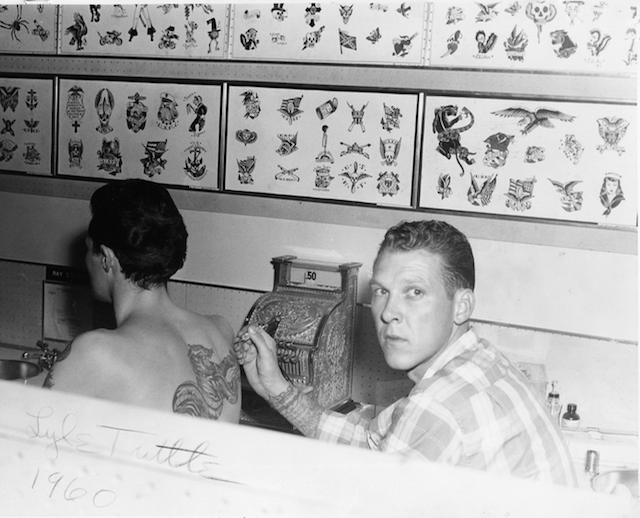 Lyle Tuttle tattooing in 1960 via lyletuttle.com

Lyle Tuttle Tattoo & Museum/Blue Bird Tattoo
At 83-years-old, San Francisco legend Lyle Tuttle doesn't tattoo much more than his signature these days, but his newly reopened shop and museum holds a special place in San Francisco history and it's a great place to get a traditional tattoo. Madeline Bluebird and Jon will tat you up while Lyle chats you up, and boy does he have stories. He's tattooed on every continent, been on the cover of Rolling Stone, and inked celebrities like Joan Baez, the Allman Brothers, and Cher. — Caleb Pershan
841 Columbus Avenue between Lombard and Greenwich Streets

Mermaids Tattoo
This woman-owned and operated tattoo shop in the Mission features the work of Anne Williams, Kim Stace Thomas, and Zeph Fish. "I love working at Mermaids because we really get to take time with our clients," says Fish in the 2015 video above. "Tattoos are a really deliberate way to choose a story that you want to carry with you," adding, "I like to create work that has a twist to it, or a sense of humor," as she tattoos on one client a play on Rosie the Riveter, as a skeleton, carrying an anchor. See more on their Instagram here.  Jay Barmann
3032 Mission Street near Cesar Chavez 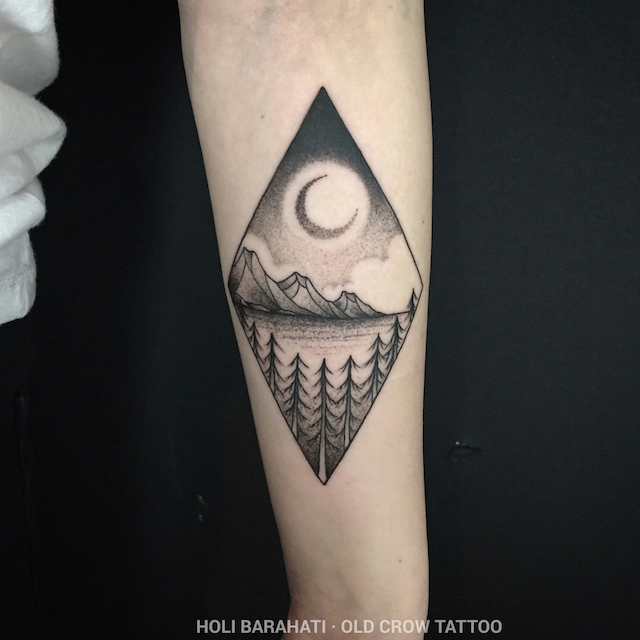 Old Crow Tattoo
At the heart of 7-year-old Old Crow is owner Philip Milic, sought after for his unique visions and perfect line work. But Milic's not the only reason to visit Old Crow: Check out his Instagram, for sure, but the whole shop is a must-follow account. What's more, they're known for their henna work, jewelry, and other art: In fact, Old Crow doubles as a gallery. If you're into bikes, head to neighbor business Oakland Spokes and show them your Old Crow receipt for $10 off a tune up. —Caleb Pershan
362 Grand Avenue, Oakland, between Ellita Avenue and Perkins Street 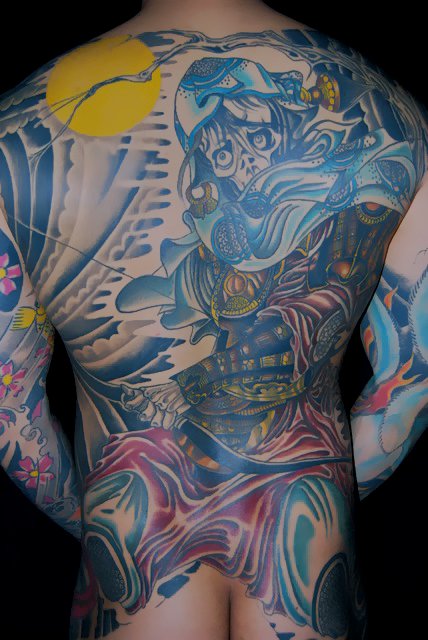 Karen Roze of Sacred Rose Tattoo
Sacred Rose Tattoo
Sacred Rose's San Francisco shop was so popular and her rent so expensive, owner Karen Roze chose to close it and open two spaces in the East Bay instead. Now, Sacred Rose inks up discerning tattooed people in both Berkeley and Albany, with a warm friendly staff and experienced line-up of artists. Will Karen do a tacky tramp stamp? Sure! "I like to think I'm unlimited. Every tattoo is important."— Beth Spotswood
1728 University Avenue, Berkeley, and 1503 Solano Avenue, Albany 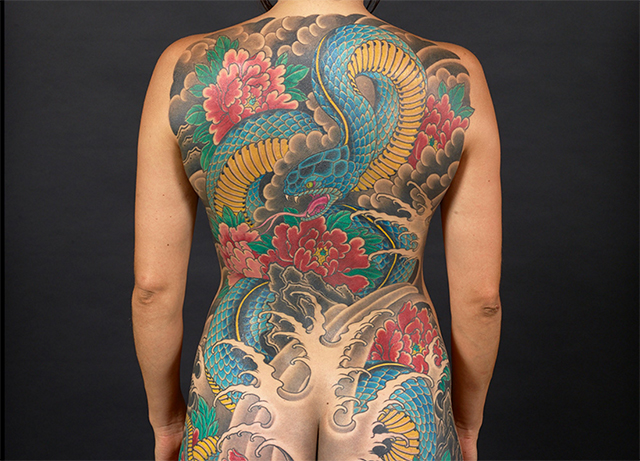 Seventh Son Tattoo
If you're looking for an elaborate, Japanese-style, full-back tattoo, tattoo artist Luke Stewart is probably your man  take a look at his portfolio here. Seventh Son is home to him, as well as seven other artists with a range of styles, as well as rotating guest artists. Ceclia Wingate and Dave Robinson specialize in clean, elegant, organic forms; Jeff Croci does wilder, more psychedelic and colorful stuff; and Andrew Mann and Joey Armstrong also excel in Japanese styles. The place is cash only, and they ask that you email an artist whose work you like to set up a consultation before booking an appointment, which could be anywhere from one week to six months out. And note that this SoMa spot is moving on September 1.  Jay Barmann
Currently at 65 Langton Street; moving Sept. 1 to 765 Clementina Street, between 8th and 9th

Shannon Archuleta Tattoo
Shannon Archuleta works out of a private studio space in the Mission and has several rules for her clients. Don't come drunk, eat a good meal, don't wear perfume, and don't bring an entourage. Clearly, Archuleta doesn't do bachelorette party matching ankle daisies, and instead, takes permanent body alteration pretty seriously. This is not to say Shannon isn't really, really friendly. Happy client Blair Craig tells us, "Not only is she a artistic perfectionist, Shannon is so much fun to hang out with you almost forget she is causing you pain." — Beth Spotswood
3150 18th Street Ste. 270 (at Treat Avenue) 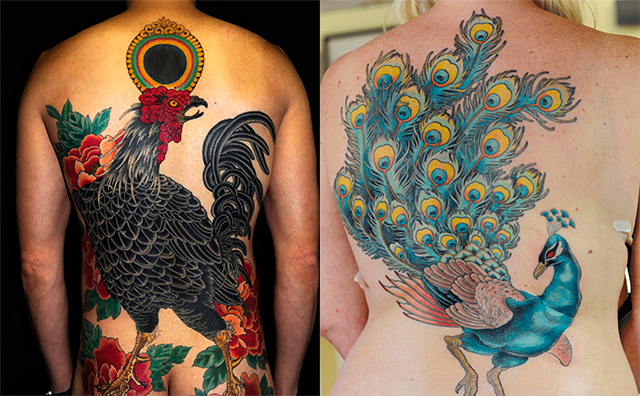 Skull & Sword
Resident tattoo artists Yutaro, Lango, Grime, and Andre all specialize in elaborate, Japanese-inspired creations, while Henry Lewis does more fantastical and equally colorful stuff at this shop in a residential location just off Mission Street. For years they've enjoyed glowing reviews on Yelp to the tune of "this place is worth its weight in gold and blows my mind," and "a think-tank for brilliance." They have a loyal following, and book up well in advance, to bear that in mind.  Jay Barmann
3415 Cesar Chavez Street near Mission 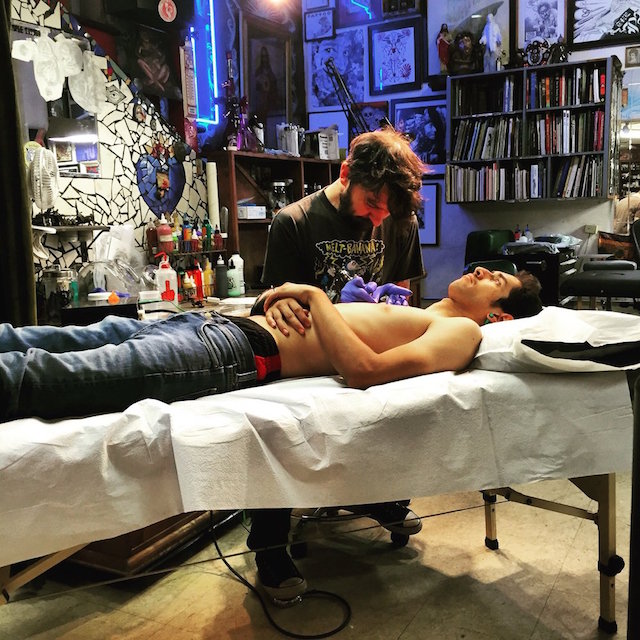 Temple Tattoo
Run by Freddy Corbin, Temple Tattoo in Oakland is home to artists that do everything from the big and colorful to detailed line work. Corbin has been tattooing since 1986, and both he and his work have been profiled by Vice. His goal, "to do tattoos with love," comes across in the entire shop — both in the artists that call it home and the general vibe of the place. With eight in-house tattoo artists you're sure to find what you're looking for, and the relaxed atmosphere in the shop is known for putting first timers at ease. — Jack Morse
384 17th Street (between Franklin and Webster Streets), Oakland 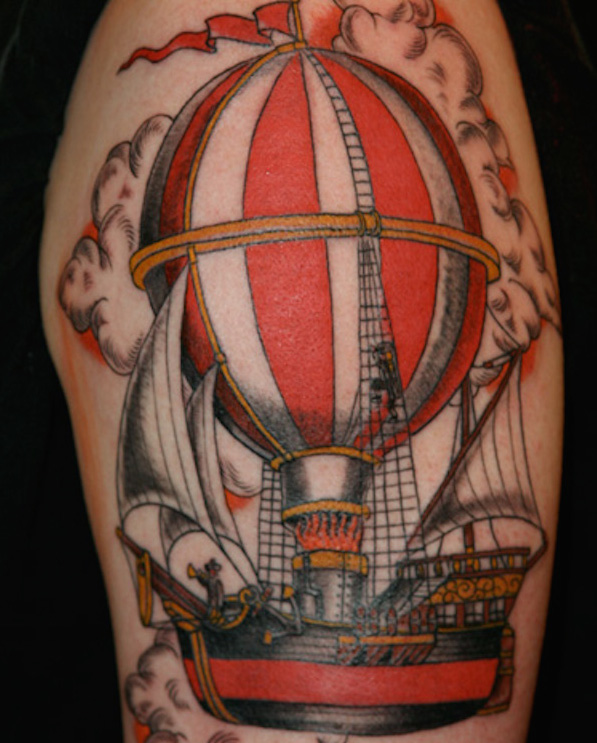 A tattoo by Jesse Tuesday via Tuesday Tattoo

Tuesday Tattoo
This Outer Sunset tattoo destination is beloved thanks to artists Jesse Tuesday, Hannah Wednesday, and Candi Kinyōbi ("Friday" in Japanese). You can see all of their work on their Tumblr. It's a non-intimidating, downright inspiring place to get inked, and it's renowned in no small part for Jesse's time, care, and ability to articulate his vision to customers. He's an alum of well-known parlors in Hollywood and the Bay like Jill Jordan's Red Devil Studios, Pote Seylor's Body Electric, Eddy Deutsche's 222 tattoo, and Freddy Corbin's Temple Tattoo in Oakland. —Caleb Pershan
4025 Judah Street between 45th and 46th Avenues Photos of two of tattoos done by Scott Sylvia. Photos: Black Heart Tattoo

The Donald Trump statue and Tony Bennett statue were not the only new, chiseled sculptures unveiled in San Francisco last week. The San Francisco Giants unveiled a new statue Saturday of their Hall

The Oakland Athletics could one day have a waterfront ballpark to rival AT&T Park, with A’s co-owner John Fisher showing interest in a Port of Oakland site as a potential

—
The 14 Best Tattoo Shops In The Bay Area
Share this