The naked likeness of Republican presidential candidate Donald Trump surreptitiously installed yesterday in the Castro has found an unlikely champion: Anti-nudity Supervisor Scott Wiener. Wiener, who is known for his successful 2012 campaign to make public nudity illegal in San Francisco, is in talks with the Department of Public Works to reclaim the statue after it was removed just after dawn Friday by city officials.

"It does not belong here and there hasn't been a process of installing this statue," DPW director Mohammed Nuru told ABC 7 before his crew pulled down the illicit erection. There were also concerns, according to the Chronicle, that crowds gathering around the statue for photos Thursday were creating a traffic hazard.

But that's not the end of it for Wiener, and he's now advocating to get the veiny simulacrum back in front of the public.

"Naked Trump is gone," he tweeted this morning following the statue's removal. "Now let's get him back on display to remind the world that this guy is a shyster and a fraud."

Wiener, who is currently in a heated state senate race against fellow supervisor Jane Kim, held a press conference this morning to address the synthetic Donald's fate. His announced goal is to convince city officials to release the artwork to the owner of Lefty O'Doul's  who put out his own press release making his desire known to take custody of Nude Donald. The idea is to display the nude likeness inside the Union Square hofbrau so locals and tourists alike can continue taking selfies with it, maybe forever.

The statue, installed by anarchist art collective INDECLINE in five cities around the country, is titled "The Emperor Has No Balls" and plays off Donald Trump's documented obsession with his hand size — and whatever that correspondingly implies.

One person involved with INDECLINE spoke with the Chronicle about the group's process. “It was almost similar to planning a bank robbery,” said the unidentified spokesperson. “I was in New York, and we installed it in Union Square. Then it was just a matter of blending into the crowd and letting all hell break loose.”

It remains to be seen if Wiener will get his way, but, even if the statue is trashed, he'll always have the photos. 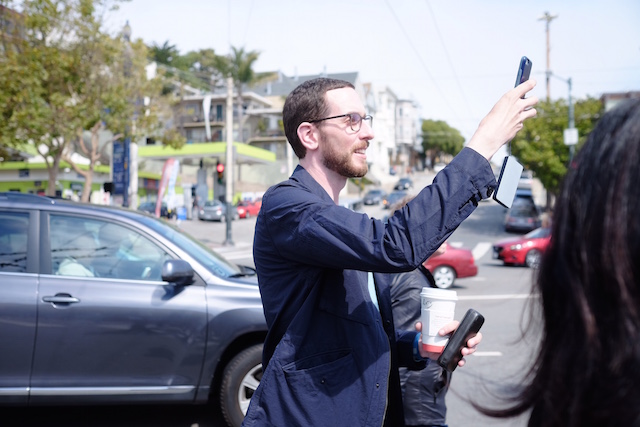 Matthew Porter, the armorer of the U.S. Olympic Fencing Team in Rio, returned home to California this week to find that the new home he and his wife had just purchased in

Imagine you're a guy who became somewhat famous, or perhaps even infamous, and you've just found out a major motion picture is going to be made based on that part of your life.

—
Nude Trump Statue Removed, May Get New Home At Lefty O'Doul's
Share this