For this week's local listicle, we turn to public transit, and specifically to our favorite Muni and BART stops, most of which are underground. To be clear, these are not necessarily the absolute cleanest and safest  we ranked those, at least for BART, a while back. But design-wise, and for a few other factors, these are the coolest in our book.

Glen Park BART
Often cited as the most architecturally beautifully and significant BART station, Glen Park Station was designed by Bay Area designer and architect Ernest Born, who is also responsible for creating the font in all the original BART signage, as Found SF tells us. With a mix of concrete, glass, multi-colored marble, and brick, Born did right by Brutalism here  and design nerds regularly make pilgrimages here for that reason. Well lit by big skylights, the platform also has what Born called "utility beams" that cleverly conceal the electrical conduit for speakers and lighting, floating just above the platform edges.  Jay Barmann 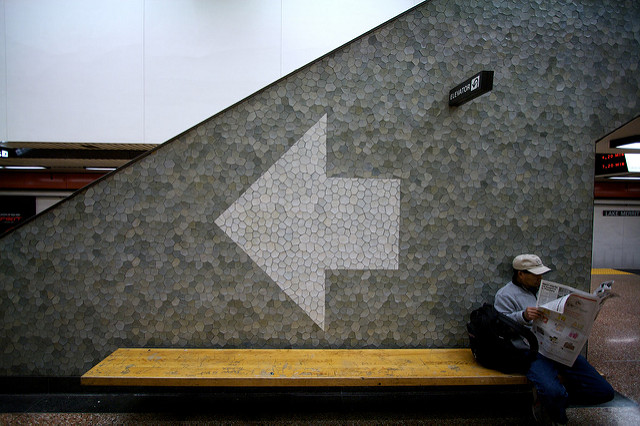 Lake Merritt BART
One of the flagship stations in the BART system, due to the fact that it used to sit beneath BART headquarters, until that building was demolished several years ago, Lake Merritt Station is still a beauty in high 70's style. The upper level of the station and a few surfaces along the platform level are decorated with some gorgeous glass mosaic tile in red, black, white, and gray, with some mosaics even indicating the direction of escalators as shown above. Also, it's a well lit station despite being underground, thanks to a large circular skylight, and light from a below-grade courtyard that used to be an entrance to headquarters for BART employees. Next time you're passing through Oakland, I suggest taking a few minutes to take a closer look.  Jay Barmann 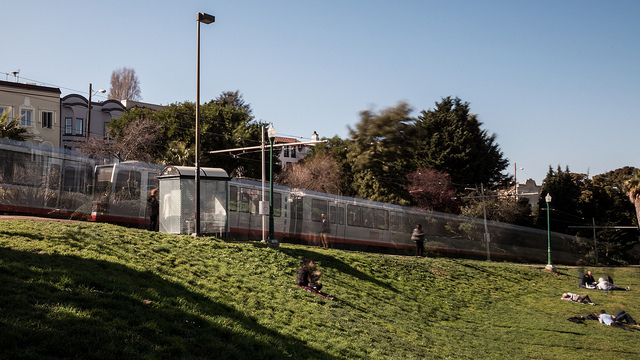 Photo by Potential Past.

20th & Church Muni Stop
This one's all about the view (no, not of the pissoir). The stop at Church and 20th let's you bask in the sun as you soak in the city sights — both of Dolores Park's Gay Beach and the city itself. Located right at the top of the park, this is the best stop for all those who want at little distraction while waiting for the train. And hey, if the weather's nice enough, let that train pass by a few times before finally hopping on to be ushered to your final destination. No one has to know why you're late. — Jack Morse 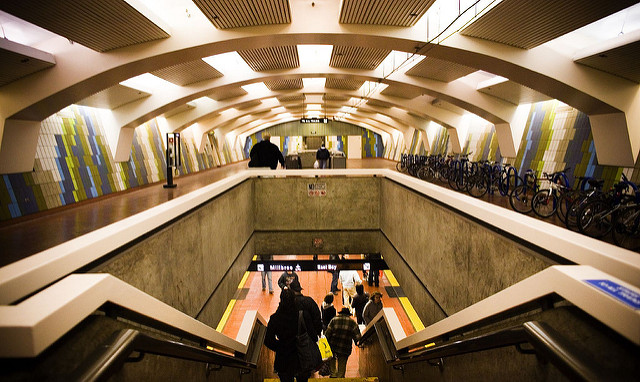 16th & Mission BART
While above ground the 16th & Mission BART plazas might be chaotic shitshows on a daily basis, this (along with its 24th Street twin) is still one of the coolest stations in the system. The 70's space-age arch of the upper level with its pleasant recessed lighting, and colorful subway-tile designs  in a very Cali-in-the-70's mix of chartreuse, avocado, navy, sky blue, and white  make this an easy favorite. And who knows  you may even get some entertainment while you're there too.  Jay Barmann

Castro Street Muni Station
Who doesn't want a little rainbow in their life? Thanks to the work of SFMTA officials this past May, you can now have it whenever you want — as long as you head to the Muni Castro Street Station, that is. The station is now home to an escalator with rainbow LED lights (instead of the standard white ones). Although their addition prompted Castro resident and human rights activist Cleve Jones to dub the area "gay Disneyland," they're still pretty fun. — Jack Morse 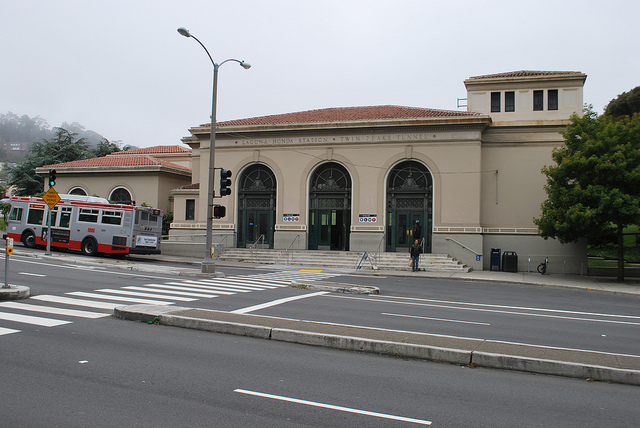 Forest Hill Station
Though it only makes a cameo in Clint Eastwood's Dirty Harry —"Now get to Forest Hills Station as fast as you can. Understand?" — this station is a star in San Francisco. Built for the Twin Peaks Tunnel in 1916-18 in a style that's more reminiscent of a train station or a library, it now offers K-Ingleside, L-Taraval, M-Ocean View, S-Castro Shuttle, and T-Third Street services. It's a lifeline for much of the city, and Yelpers rave that its "guaranteed to make you feel like you're starring in a Stephen King movie" with "more stairs than the Winchester Mystery House. —Caleb Pershan
Laguna Honda Boulevard and Plaza Street 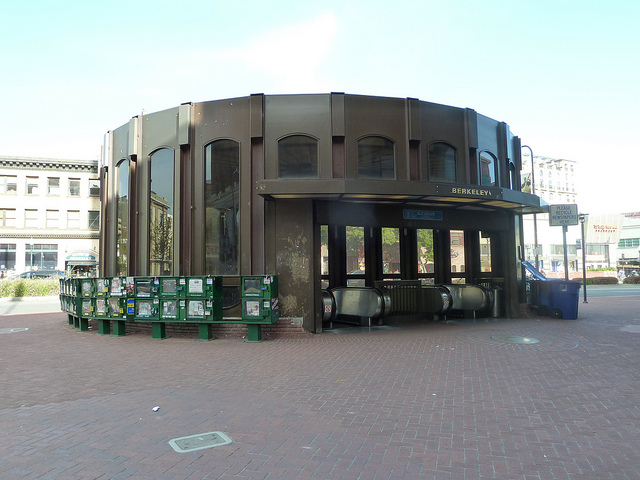 Downtown Berkeley BART Station
Like many San Franciscans, I have pleasant associations for this BART stop, like heading to a lecture or play and gawking at some of the (mostly lovable) weirdos around here. Opened in 1973 and looking even more space-age and grand than its counterparts in the Mission, it was designed by Maher & Martens of San Francisco with Parsons Brinckerhoff, Tudor Construction, and Bechtel. "What keeps me coming back here?" glows one Yelp reviewer. "Well... it's only a couple of blocks from where I work." —Caleb Pershan
2160 Shattuck Avenue at Allston Way 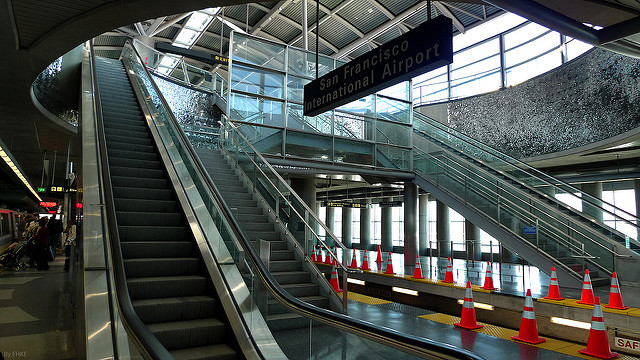 SFO BART Station
The BART station at the San Francisco International Airport has a lot going for it. First off, the rad art piece by Ned Kahn titled Wind Portal is reason alone to exit at the rear end of the station (instead of waltzing straight into the International terminal at the platform level). Metal disks fluttering in the wind surround you as you ride the escalator up, suggesting that perhaps you're entering into some magical realm. Also, the station is the portal to the airport, and who doesn't love going on awesome trips (and then returning to this great city)? While waiting for a train can be a cold affair in the winter months, there's always plenty of seats when one finally does pull up. — Jack Morse Photo: Jeremy Brooks

The years-long saga around notorious Chinatown dragonhead Raymond "Shrimp Boy" Chow came to an end today, at least until any appeal may get filed. As the LA Times reports, U.S. District Court

Many in the neighborhood wept and cried foul earlier this year when the Lower Haight's beloved, 21-year-old café Bean There was forced to shutter. The reason was a familiar one: The landlord, who