The popular East Bay pastime of having illegal Sunday afternoon sideshows was brought to an abrupt halt around 3:30 p.m. Sunday when reports came into CHP of three vehicles with paper dealer plates weaving through Bay Bridge traffic at high speeds and then halting traffic just west of Yerba Buena Island in order to do donuts. As the CHP reports via Facebook, a private citizen who captured much of the incident on her cell phone also called it in, resulting in two of the individuals responsible to be apprehended immediately.

The drivers were speeding in a black and a white Ford Mustang, respectively, and one driver was cited and released while the driver of the black vehicle was arrested and his vehicle impounded. Charges will be filed against him with the San Francisco DA's Office. 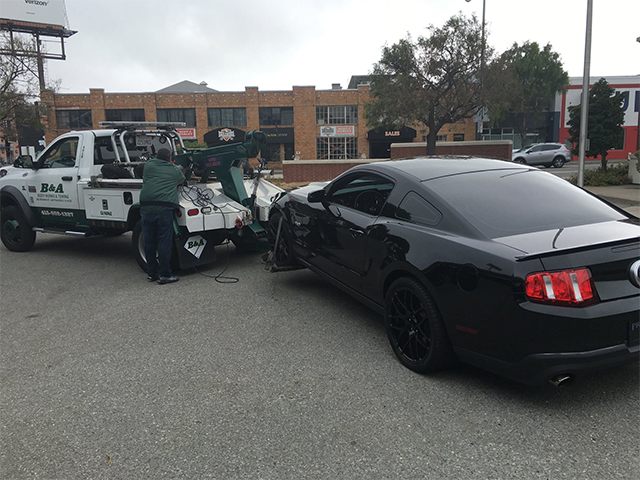 According to CBS 5, the arrested man is 20-year-old Moises Rosales. The third car, a Camaro, got away and the driver remains at large. Witnesses are asked to call Officer Vu Williams at 415-557-1094.

Says San Francisco Area CHP Commander Christopher Sherry, "I’m pleased the CHP was able to apprehend the subjects responsible for this unsafe and disruptive behavior. A recklessly driven vehicle is a deadly weapon. If one chooses to drive recklessly, they could be jailed, be fatally injured, or take someone’s life; perhaps the life of someone they love."

Indeed, while plenty popular on social media, sideshows have led to fatalities in recent years, including this incident in which a motorcyclist died in 2014, and this November shooting of a man at a sideshow holding a replica weapon.

A similar sideshow happened on the Bay Bridge in February 2016, though it's unclear if any arrests were ever made in that case.

Below, video taken by a bystander at the scene and posted to Instagram.

The CHP impounding one of the vehicles. Photo: CHP/Facebook

A Superior Court judge ruled today against a coalition of UCSF benefactors and former officials who questioned the sufficiency of an environmental review of the Chase Center, a.k.a. the Warriors Arena.

—
Sunday Sideshow On Bay Bridge Thwarted By CHP, Arrest Made
Share this