San Francisco's vibrant street and public art scene draws tourists from around the world. Murals, sculptures, and hidden gems abound, and there are numerous paid tour offerings that promise to show you the best of what our fair city has to offer. However, with this handy list you can be your own tour guide. Below we bring you what we consider to be the 12 best examples of public and street art in San Francisco.

Generator
Somewhere between an arty graphic novel and a comic book about crazed birds is this 2003 mural by artists Andrew Schoultz and Aaron Noble, which captures both the absurdist spirit of the post dot-com era in the Mission and the illustrative whimsy of San Francisco art of the time as well. As Kevin B. Chen, onetime program director for Intersection for the Arts put it, "It’s incredibly striking. Most people walking down 18th do a double take at first. Just the colors catch your eye, and then you realize that it runs the length of that entire building.”  Jay Barmann
18th and Lexington Street 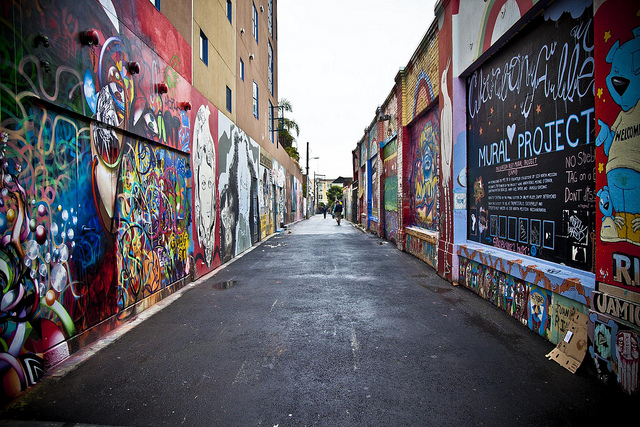 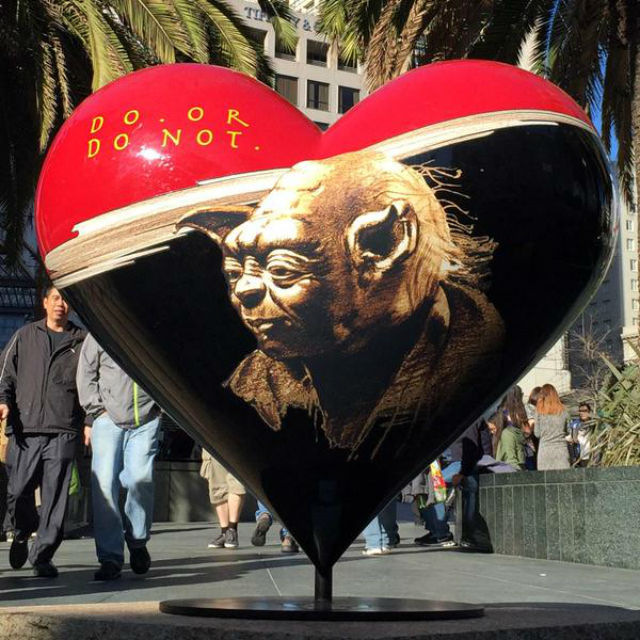 Yoda Heart at Union Square
Did you even know there’s a Yoda heart up at Union Square? I know, you’re way too cool to ever go there. It’s my favorite heart sculpture ever, though I can’t escape the feeling that it’s a Disney-backed promotion for the next shitty sequel. — Joe Kukura
Geary and Powell Street 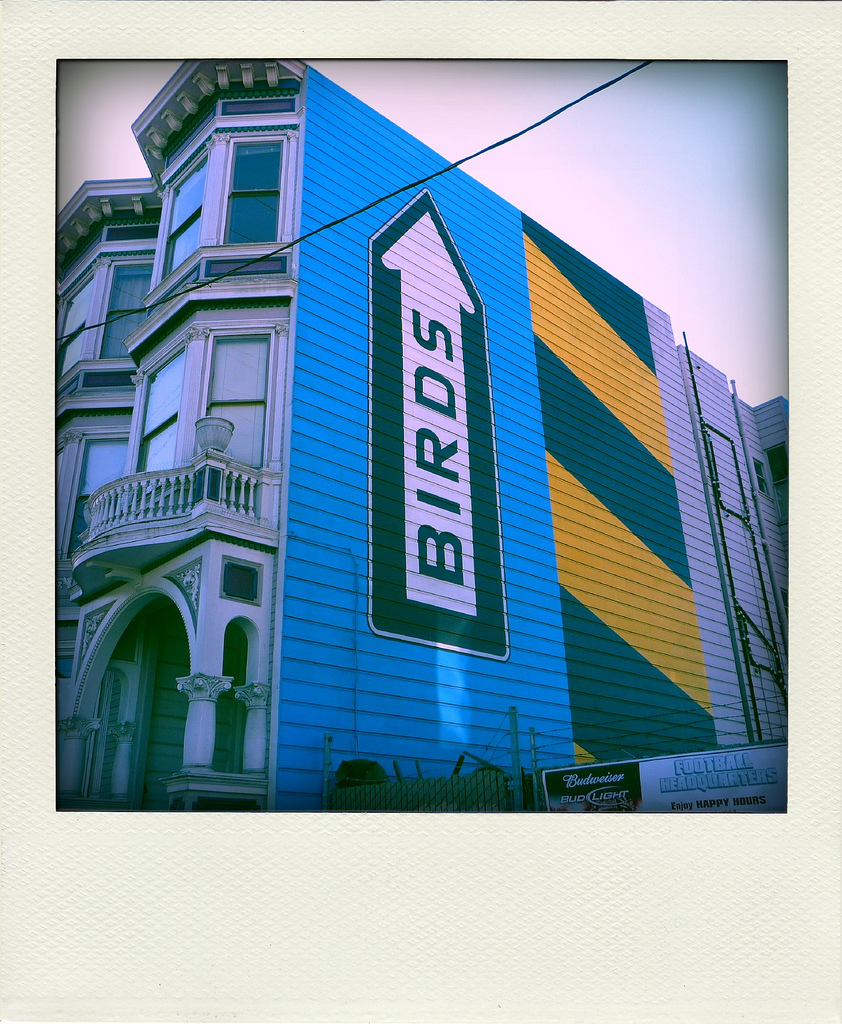 The Art of Rigo 23
How many times has the One Tree painting (Harrison & 6th) farewelled you off before a trip down south? Or the Innercity Home painting (Clementina @ 6th) welcomed you back from a vacation? These artisitic variations on the old one-way sign are concocted by Rigo 23, a Bay Area public art treasure for more than 30 years. — Joe Kukura
Bryant near 16th Street 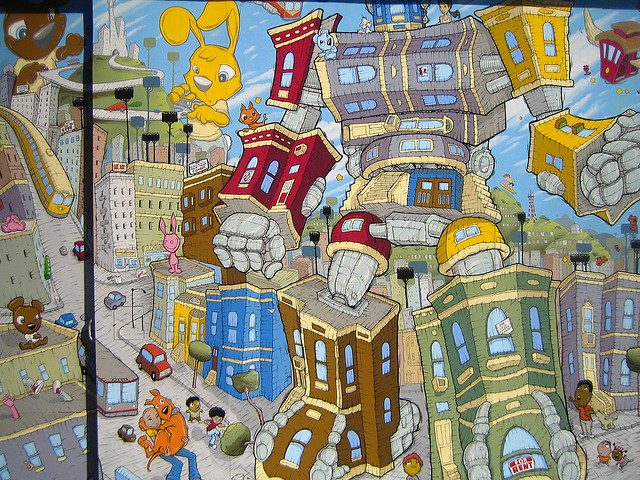 The Art of Sirron Norris
Maybe it’s because I’m more hipster than James Franco in Dolores Park creating an Indiegogo campaign on his smartwatch, but I love the vibrant, comical work of Sirron Norris seen at spots all over town. — Joe Kukura 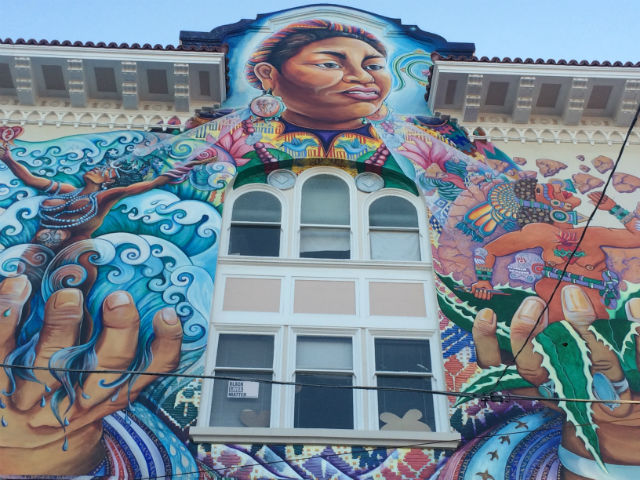 The Women’s Building Mural
Who among us does not consider the women depicted atop the Women's Building mural as personal maternal figures? The mural is called MaestraPeace and it's been delivering that feeling to San Franciscans since 1994. — Joe Kukura
18th and Lapidge Street 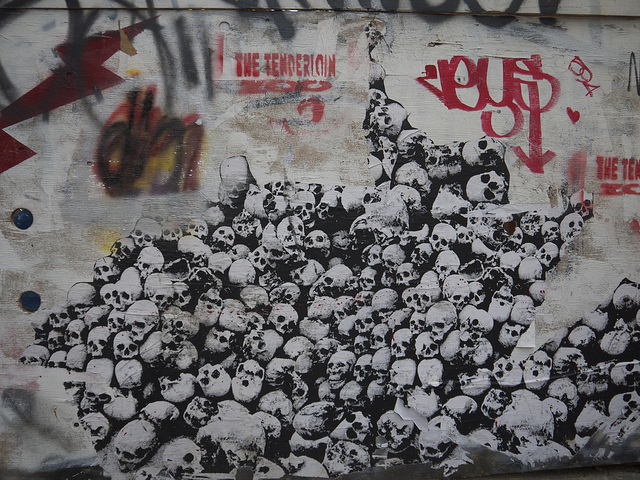 The White Walls Project
The White Walls and Shooting Gallery has been bringing an array of outstanding outdoor murals to the Tenderloin since the early 2000s. — Joe Kukura 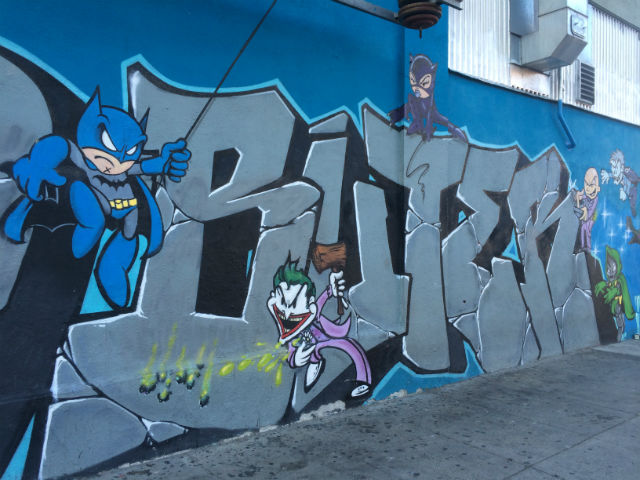 Superheroes Mural
It’s juvenile, patriarchal and probably done by white people, but the "superheroes" mural at Mission and 19th remains a favorite since its painting in 2009. — Joe Kukura
Mission and 19th Street 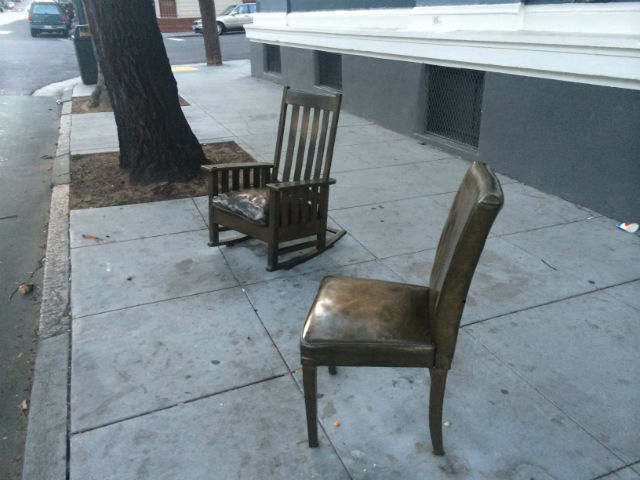 The Bronze Chairs at Church & Duboce
They may not be particularly pretty or comfy, but goddamn they serve a purpose for N-Judah riders and our transient population! — Joe Kukura
Church Street at Duboce Avenue 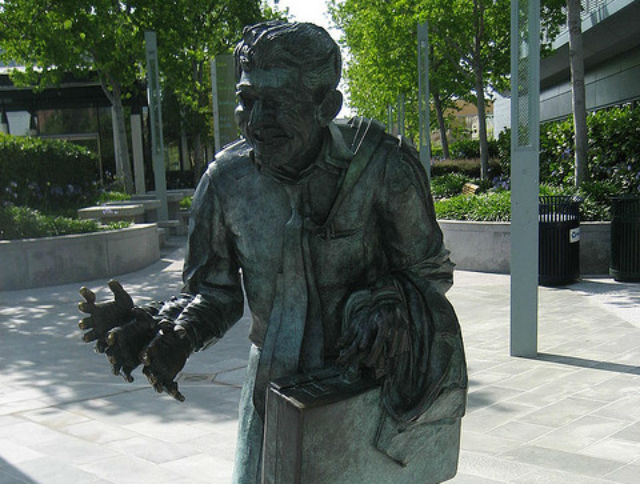 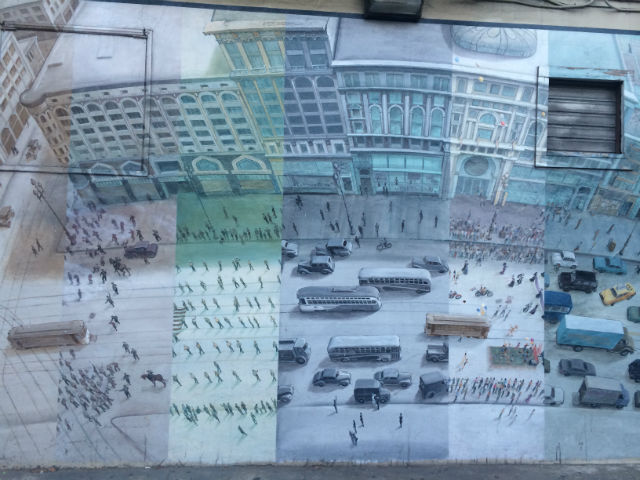 Market Street Railway Mural
One of many fine Mona Caron murals in San Francisco, the Market Street Railway Mural is a time-traveling trip depicting Wobblies and longshoremen getting their asses kicked by cops, Sisters of Perpetual Indulgence, the Extra Action Marching Band and something we hope someday exists in the future called Cellspace #13. — Joe Kukura
Church and 15th Street

As the week winds down, we have another wave of pieces from the SF Homeless Project, covering a variety of subjects. Here are some highlights: KRON 4 has a piece about family homelessness,