SFist's Caleb Pershan is pinch-hitting on the Apartment Sadness column this week.

"Big Style, Little Benjamins" is one of several highly suspect claims made on the swanky website for the "new" (also not 100% accurate) Waterbend Apartments, advertised on BART and elsewhere and brought to SFist's attention by a tipster.

The biggest question mark on the website and other advertising: Where — except for "big city" San Francisco — these new (actually built 2011) apartments might be. First off, they aren't, as listed here on Craigslist, in Bernal Heights, which is a wonderful neighborhood but actually a fair distance from this location. 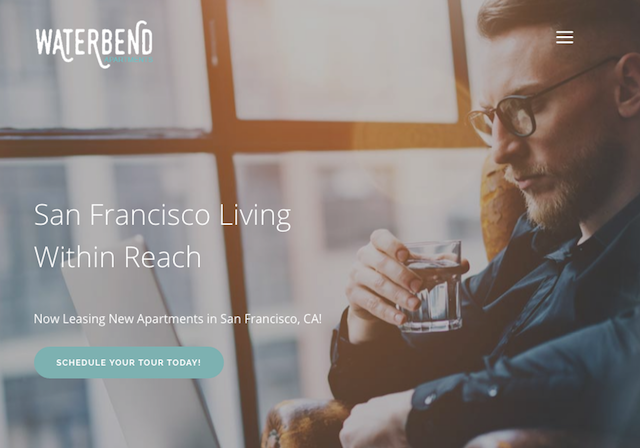 The words "Bayview/Hunters Point" are conspicuously absent from the new site. Hmm. You do, in the neighborhood section, learn after some searching that these apartments are located at 5880 Third Street  which prospective renters will quickly learn is not the Dogpatch. And it looks like they abandoned the complex's previous name for this very reason  the old website is still live, calling it 5880 Third.

Live it up at Waterbend apartments, the newest luxury apartment community in San Francisco. Big city living on an outer city dime, without compromise. Featuring spacious Jr. 1, 1 & 2 bedroom apartments, modern amenities and easy access to Downtown and beyond.

Downtown access be damned! You ARE, you may notice if you're diligent, near Bayview Park, which is a nice spot!

Now, about the Benjamins: Those are also not as "little" as advertised. When SFist called up for pricing, we learned that studios (Jr. 1 bedrooms) go from $2,700 to $2,840. For their part, one bedrooms start at $3,130. Two bedrooms become slightly less egregious in value,, starting at $3,840. Utilities aren't included.

Last year SFist observed in a headline that "If You've Got $3,000 A Month To Spend On A Studio, There Are Now Hundreds To Choose From," and that remains true. In fact, for $2,950, you can rent in the Jasper (Rincon Hill), or at least listing site Apartment Guides tells us. So, do with that what you will — if you work downtown, you might just save money on transit!

Another mystery, by the way, is what these living quarters actually look like. Here's the "gallery" (click for images of downtown and the GG bridge etc.)

Yeah. Here are a few not-unflattering photos from Craigslist postings, but again, these are the one bedrooms, which start at $3,130. 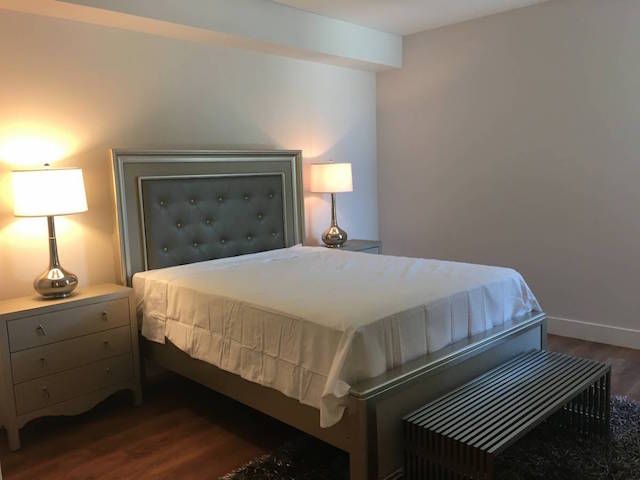 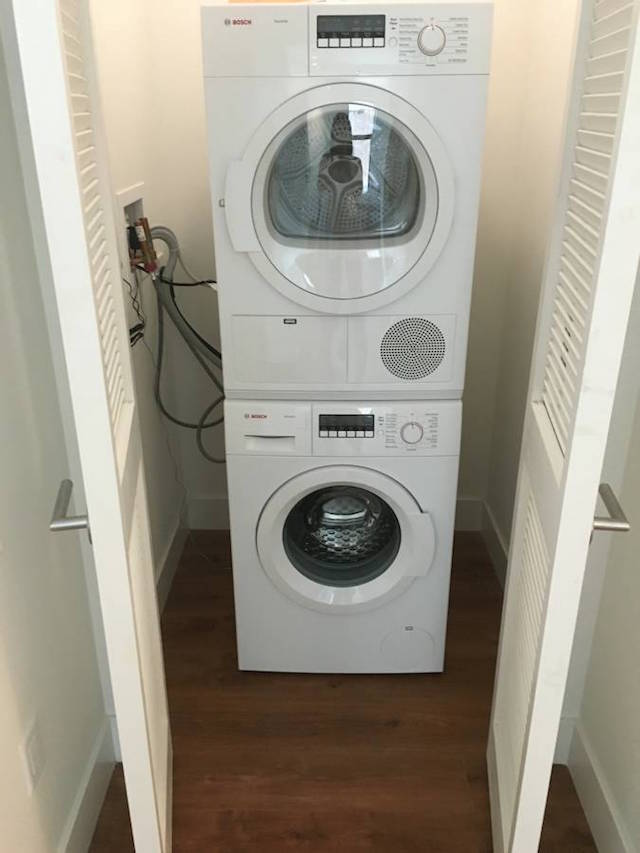 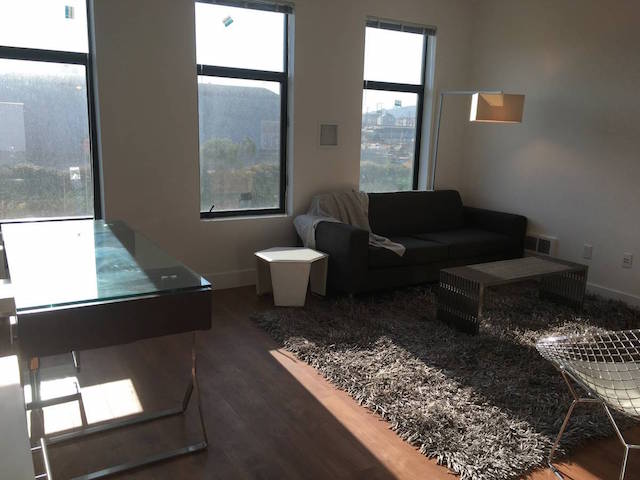 It would seem that advertisements like "San Francisco Living Within Reach," officially mean nothing, which I say because the — let's be real! — far-flung Bayview is not "Within Reach" of much else in San Francisco (beyond the ruins of Candlestick), though it is on the T-Third. And further, $2,700/month is absolutely out of reach for most current Bayview residents, not to mention most everyone: At last glance, median one-bedroom (not studio!) rent in this neighborhood was just $2,350, and chances are that was not a unit in one of the neighborhood's many smaller, two- and three-unit buildings.

And look: Just last November we found this terrific basement unit in the Bayview for just $800, if you want to compare.

Maybe the big ad push on BART by Waterbend is indicative of the fact that they're not finding a ton of takers for their non-affordable "luxury" units in the Bayview? And I should also point you to this modular, pre-fab affordable apartment complex just a few doors down at 5830 Third Street, where the developer promised back in October that one-bedrooms would start at $2,000/mo, and two-bedrooms would start around $3,000/mo, which sounds a whole lot more in line with this location.

Uber has settled yet another lawsuit, with the issue of driver background checks at the heart of the latest legal dispute. According to Reuters, in response to a case brought in San Francisco