You guys. The world’s longest-running LGBTQ film festival Frameline kicks off Thursday night at the Castro Theatre and runs through the end of Pride Weekend, and boy could we use some Frameline right now. Here to open a No. 10 can of social justice, solidarity, and unapologetic fabulous flair on our currently conflicted society, Frameline’s 40th annual incarnation gets loud and proud with more than 150 screenings at the Castro, the Roxie, the Victoria, and in Oakland and Berkeley. While the Closing Night screening of the feature-length finale of HBO’s Looking is “At Rush” (that’s film festival-speak for “sold out, but you can stand in line and hope to get an unoccupied seat”), there are still tickets available for these other magnificent, thought-provoking and massively entertaining contemporary works of queer cinema.

Girl Gets Girl
It’s like a lesbian Three’s Company delivered telenovela-style in Sonia Sebastián’s dyke dramedy. A teenage girl’s “Period Party” flows heavily with adult situations, mistaken identities, comic twists and sexual innuendos in this feature-length film adaptation of the popular Spanish TV series.
Roxie Theatre, Saturday, June 18, 6:30 p.m. Get tickets here
UPDATE: As luck would have it, this film has gone to Rush. But there are 54 other outstanding lesbian films for your consideration in this year's Frameline. 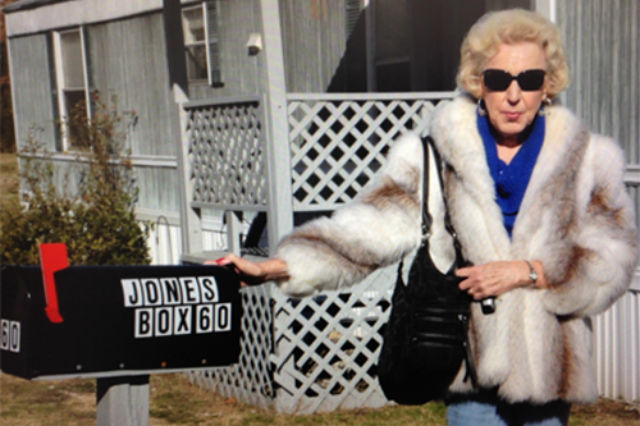 The Joneses
Jheri Jones was trans before being being trans was cool — in the 1970s, in Mississippi, in a trailer park. The Joneses was surely the most riveting documentary at this year’s San Francisco International Film Festival, showing the trials, tribulations and never-ending complications of Jheri’s four decades of being trans, raising kids, trying to explain the trans thing to her grandkids, and constantly keeping her chin up in the deep south.
Roxie Theatre, June 18, 1:30 p.m. Get tickets here 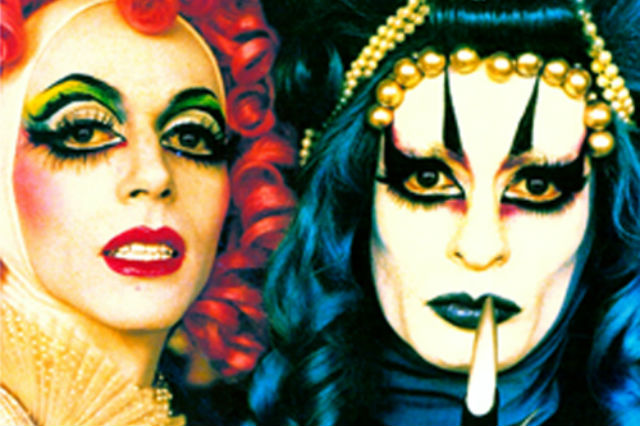 'Vegas In Space', image via Frameline

Vegas In Space
The Peaches Christ Productions offering at this year’s Frameline — hostessed, of course, by Peaches herself — is the 1991 Troma Entertainment low-budget epic Vegas In Space that has played at Cannes, Sundance and most prestigiously on USA’s Up All Night. Peaches packs plenty of the film’s stars into the Victoria for this screening, including longtime local drag faves Connie Champagne, Timmy Spence, and the film’s director Phillip R. Ford
Victoria Theatre, Friday, June 17, 9:30 p.m. Get tickets here

Strike A Pose
Rejoice, vintage Madonna fans — here’s the documentary that shows you what the documentary Truth or Dare did not dare show you. The surviving background dancers, all of whom were hand-picked by Madonna for the “Blonde Ambition” tour, reunite to tell the inside story of what really happened on tour and to their lives afterward. Christ, have they aged well, and yes the boys will be onhand at this Castro screening to hopefully dish some serious dirt about Madge.
Castro Theatre, Saturday, June 25, 8:30 p.m. Get tickets here

Growing Up Coy
The bravest little soldier in the transgender bathroom access movement is Coy Mathis, a Colorado first-grader who won the right to use the girls bathroom in 2013. This is her story. A poignant portrait of the a family whose persistence set of a national battle still being fought today, this documentary details the very personal and very public conflict they waged on behalf of the “thousands of Coys out there”
Castro Theatre, Saturday, June 25, 11 a.m. Get tickets here

'The Joneses', image via Frameline

Some upstanding citizen just defaced the Old Mint for the umpteenth time. [SF Gate] Sacramento law enforcement officials are offering a reward for information leading to the capture of a serial killer they