The 380-unit project dubbed by critics and affordable housing activists the "Monster in the Mission" arrived again on the docket at the Planning Commission Thursday, setting off what will likely be a renewed round of protest, after the project was briefly stalled last year. As happens in SF, this project was first proposed in 2013 and has been wending its way through approvals ever since. Now comes the 937-page environmental impact report (don't download this enormous .pdf unless you're really interested), and as Mission Local reports, multiple speakers showed up for the public comment portion of the commission's meeting, most of them talking about gentrification in the neighborhood  something which isn't really a focus of an EIR, but is the main focus with this project nonetheless.

Chirag Bhakta, one of the activists leading the charge against the project, from the Mission SRO Collaborative, brought up the socioeconomic impact of nearby SRO's now renting to well-off tourists, and potentially displacing low-income residents.

Curbed notes that the project, which will include the demolition of the Walgreens, Burger King, and other surrounding buildings on the block, as well as the re-visioning of the BART plaza there, will amount to "a radical transformation of key blocks in the neighborhood."

At the center will be the 10-story tower pictured above, but the project actually extends all the way east to Capp Street, and includes three related buildings.

A second, 40-foot-tall structure where the Burger King currently sits can be seen below. 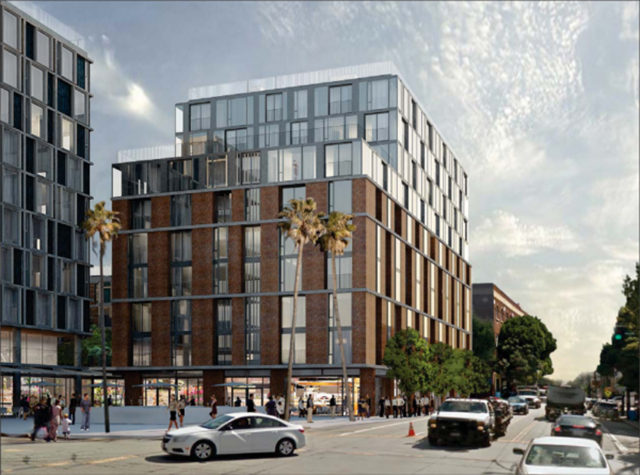 The project, largely because of its size and location, has garnered much media attention and protest, as it did again this week. As of last summer things weren't looking great for the project when one of the landowners, the Jang family, who own the building that houses the Burger King, suddenly wanted $13 million more for their property and let a negotiation deadline pass. But that issue appears to have been worked out.

Below, a site map that better explains the project, where the three buildings sit in relation to the BART plaza, and where there will be a second-story courtyard at the center. 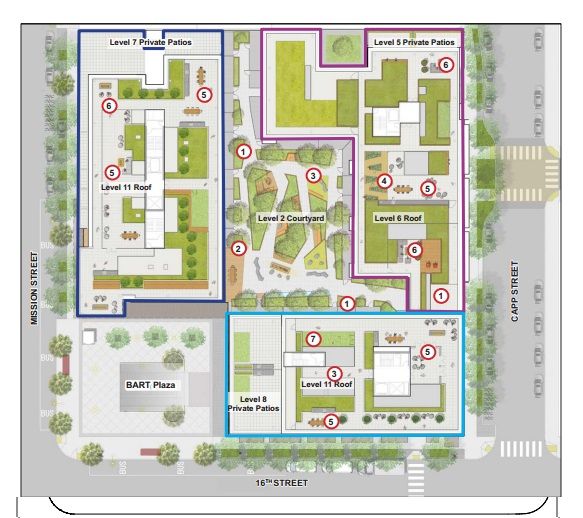 At the SFist food desk this week, we sent you in the right direction for Negroni Week, made note of the star-studded opening at Ayesha Curry's Michael Mina pop-up, International Smoke, and tipped

The non-profit behind Burning Man just purchased a $6.5 million, 3,800-acre piece of land 21 miles north of Gerlach, Nevada. Located near the site of the annual temporary Black Rock City,