This is part of an ongoing series about the various staircases, and stair streets, of SF. See all installments here.

It's only fair that Adah Bakalinsky has a San Francisco stairway named for her. She did, after all, write the book on them.

"I feel favored to live in San Francisco," Bakalinsky begins the preface to her guidebook, Stairway Walks in San Francisco, first published in 1995 1984. "It is the perfect place for me to continue the tradition of walking that I enjoyed with my parents and grandparents. I always find someone to talk with who shares another portion of San Francisco history with me. Plus I enjoy the weather." 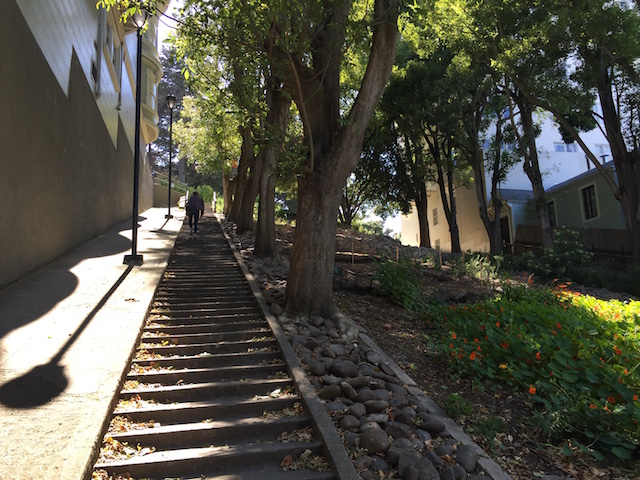 Adah's particular stairway may not be the grandest among all those she highlighted, but it's nevertheless a testament to her enduring influence. Until 2012, the stairway that now bears her name and the strip of land beside it was known as the Waller & Broderick Street Park according to Curbed, sitting at the corner of those streets just east of Buena Vista Park. The park was overgrown and poorly kept, by most reports, and so in 2013 fans of Bakalinsky began planning to refurbish it with $70,000 in funds from donations and a community challenge grant from the city. 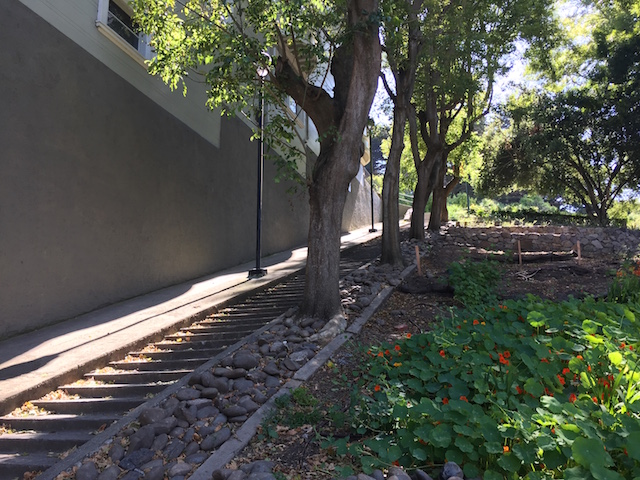 After a year of work from volunteers, the Chronicle covered the dedication of Adah's Stairway last year. Sadly, Bakalinsky couldn't attend. Now in her nineties, she had been hospitalized with pneumonia following a fall. 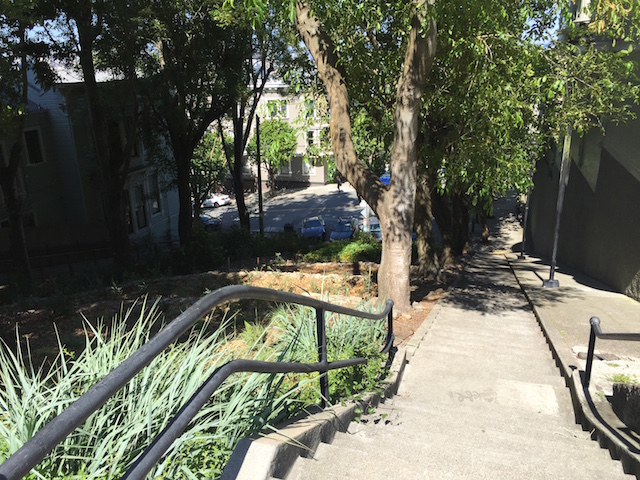 However, according to attendees, the stair master was very much there in spirit. “She’s the impetus behind this stairway,” Amber Hasselbring, executive director of local nonprofit Nature in the City, told the Chronicle. “The neighbors were working to improve it for years, but there was little ownership. Adah was so excited about it, and they responded to that enthusiasm. She has a bit of a following in this city.” 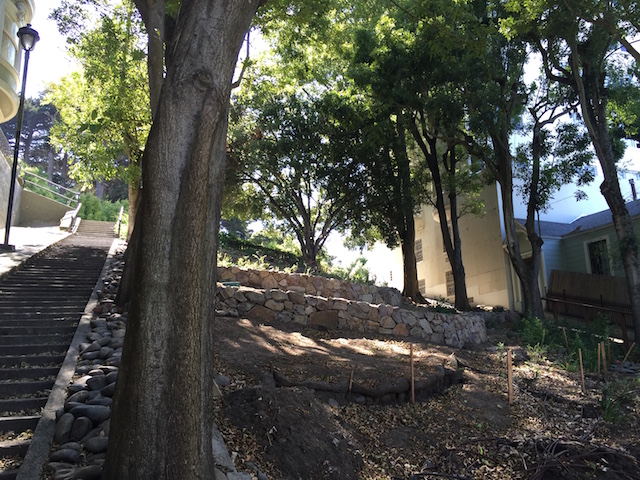 “She was a major source of inspiration,” landscape architect Bonnie Fisher, who helped with the project, also said. "My interest was piqued in creating a more beautiful space.”

Now, though some patches of dirt remain, flowers are in bloom and birds appear at home on Adah's Stairway, where a sign proudly bears her name. In her book, Bakalinsky quotes Leonardo Da Vinci on the art of walking. "Feet are masterpieces of engineering," he wrote, but Bakalinsky had found some faults. Walking all 600-plus stairways in the city took its toll, so for his help, she explicitly thanked her podiatrist.

Fortunately, Adah's own Stairway is a mere 91 steps — that's nothing, she'd surely say.

Remember how powerhouse, old-school defense attorney Tony Serra spent half of last year painting Raymond "Shrimp Boy" Chow as a reformed gangster with no desire but to do good in the community and

One of two Swedish students whose late-night actions led to the arrest and eventual conviction of Stanford rapist Brock Turner spoke with the Swedish publication Expressen today, describing how they came across the

—
The Steps Of San Francisco: Adah's Stairway To Buena Vista Park
Share this