Drag queens, sadly, are not immortal  despite what you may believe, especially if you listen to all the jokes about Lady Bunny being from the 14th Century, or a fully embalmed, miraculously animated zombie. And so it was with great sadness that Heklina said goodbye earlier this year to her drag mother, Nikki Star, a longtime fixture around San Francisco at places like Marlena's and Trannyshack. So, after some months of mourning, Heklina is hosting a tribute to Nikki at Mother Saturday night at Oasis. The drag show, featuring a bevy of veteran queens who don't often perform anymore as well as some younger fans of Nikki, is sure to be a moving one, and proceeds from the event will go to benefit Maitri Hospice on Duboce, where Nikki spent her final months.

A drag mother, traditionally, is whoever puts a drag queen in makeup first. As Heklina says, "Nikki was just the first person who ever got me all painted up, back when I only had one wig and a terribly tacky green dress to my name. She referred to herself as my mother, and she became that to me, giving me makeup tips, wig advice, etc."

But, Heklina adds, Nikki Star also had an incredible life story before she even arrived in San Francisco. "I was blown away when Holly Woodlawn came to town and I found out that she and Nikki were old friends. Nikki actually cut some of Warhol's wigs!"

Participating in the Saturday tribute show, for which you can find tickets here, will be all of the queens below and more  with ladies like Putanesca and Rentecca being onetime Trannyshack fixtures who are now in semi-retirement.

Do note that, for this show, no bachelorette parties will be allowed in the door. 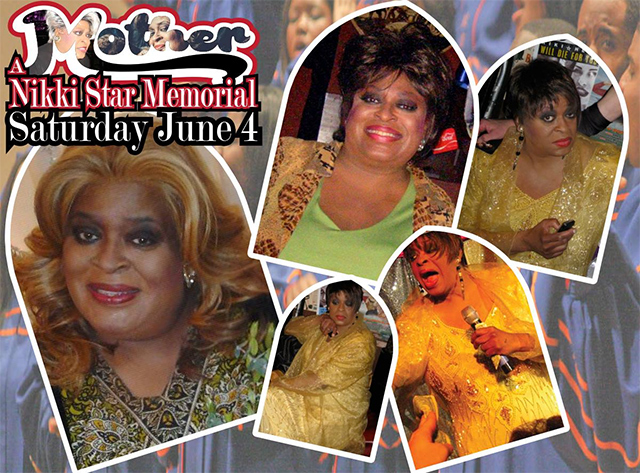 A lot happened this week in the world of San Francisco food — some good, and some definitely not so good. We told you about what looks to be the permanent closure of Powell

A rendering has just arrived for one of a gaggle of proposed high-rises that are set to transform the area of mid-Market at the busy intersection of Van Ness. This one is separate

—
Go Do This Thing: A Drag Tribute To Nikki Star
Share this