Stoners who follow local news may have heard some smoke blowing around lately about a pot-friendly “cannabis gym” set to open soon in San Francisco. Intrigued by the notion of ‘diesel’-powered workouts, I reached out to 420 Games and 4.20-mile Fun Run founder Jim McAlpine, who is reported to be co-founding this budding enterprise, to see if the buzz was true.

McAlpine returned my call at 7:10 a.m., the earliest anyone has ever returned one of my calls for an interview. “I wake up at 4:20 [a.m.] every day, man,” McAlpine said. And indeed it’s true, a lease is being finalized and the first openly cannabis-friendly gym is coming to San Francisco.

“We’re not trying to create some place for people to go get high and fuck around. This is about fitness first. Cannabis is secondary to this,” McAlpine explained. “A membership comes with a doctor's consultation and recommendation for medical marijuana, so we’re breaking down some walls to normalize that stuff and allow people to do it in a more open and non-intimidating format.” 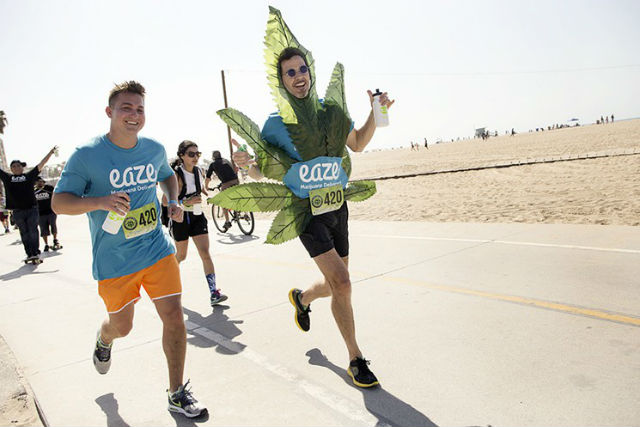 No word yet on the location of the workout facility that will be called Power Plant Fitness, but McAlpine confirmed that they’re in latter stages of getting the lease finalized. “It’s about a five to six thousand square foot facility,” he teased. “That’ll be our very first location. The plan is we’re going to open up several more and franchise it.”

McAlpine’s co-founder in firing up the cannabis gym will be none other than Ricky Williams — the one-time Heisman Trophy winner and 11-year NFL veteran who’s turned into something of an NFL cannabis advocate. “Ricky caught wind of what we were doing through the media. I reached out and invited him to come to the Los Angeles 420 Games in March,” McAlpine said. “When I brought this up to him, he just cracked the biggest smile in the world and was like ‘Dude, I’ve got to be your partner in this.”

Williams’ role will be similar to that of a Workout Of The Day (WOD) developer in CrossFit. “We’re going to emulate that model a bit, where Ricky’s going to be writing all of the workouts, all of the curriculums, all of the recoveries,” McAlpine explained. “Ricky’s also an accredited yoga instructor, he’s a licensed craniosacral masseuse, he’s a licensed Pilates instructor, so he’s more than just a famous ex-NFL player. He’s a really, really smart and knowledgeable guy about fitness. His brain is as strong as his athleticism.” 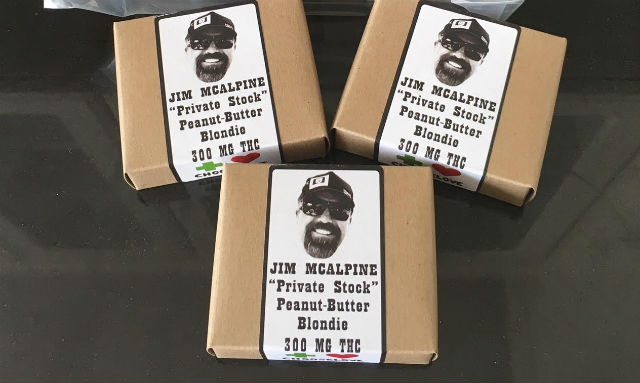 Power Plant Fitness will also feature an “athletic line of cannabis products”, not unlike cannabis-infused energy bars, electrolyte-infused energy gels, canna-granola products, and pre- and post-workout THC concentrates. Cannabis smoking will not be allowed in the gym, but the facility does anticipate offering a smoking deck.

Despite the smoking area, health is still Power Plant Fitness’ top concern. “Part of the process of signing up for our gym, you’re going to need to go through with one of our trainers, called Cannabis Performance Facilitators, and every person that comes to the gym will need to go through a CPA, which is a Cannabis Performance Assessment,” McAlpine said. “We’re going to look at every person before we let them come into the gym and start consuming cannabis. We’re going to make sure we meet each person, we analyze each person and we understand how cannabis affects that person. Each person will have different workout routines written for them corresponding with their Cannabis Performance Assessment.” 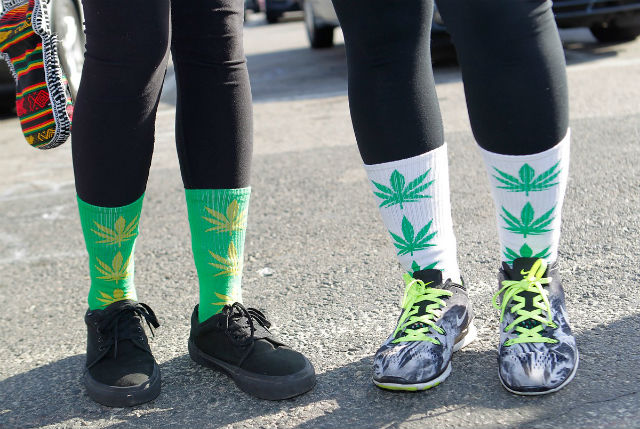 “So at the end of the day, there might be people that come into our gym and we deem them as someone who should not be smoking marijuana while they work out,” he said. “It’s not for everyone and you need to be pretty cognizant of how you use it, and you need do it in a moderated way. It’s very important to me that everybody understand that this is an athletics-first, cannabis-second venture. We’re doing it in a very professional and calculated way to teach people that they need to do this in a very responsible way. It’s not about just getting high.”

While there’s no opening date set yet for Power Plant Fitness, blazing fitness enthusiasts can still join the gym’s Team Cannabis at the AIDS Walk SF (July 17, 2016) or sign up for this year’s San Francisco 420 Games (August 27, 2016).

Are you still feeling the Bern or are you just tired of this primary season charade and ready for Hillary just to get the nomination already? Well, Senator Bernie Sanders doesn't particularly care

—
The Blunt Truth About SF's 'Pot-Friendly Gym'
Share this