One of three people who have been charged with the murder of Keith Green, the 27-year-old Millbrae father of two whose body was found May 11 in Healdsburg, turns out to be a well known mixed martial arts fighter as more details in this sordid case begin to trickle out. His name is Olivier Adella, a.k.a. Olivier Bredenstein, and he's a big, buff 40-year-old new father himself who lists himself as both a limo operator and personal trainer. He stands accused, along with 30-year-old Tiffany Li and 29-year-old Kaveh Bayat in Green's killing, though prosecutors have not yet revealed what Adella's role in the crime may have been.

As ABC 7 reports, Adella is originally from the Ivory Coast and once served with the French Foreign Legion.

This appears  though this has not been suggested yet by authorities  to be a possible murder for hire involving a woman from a wealthy background and at least two large men she was romantically involved with, both with neck tattoos. Friends tell ABC 7 that Green, who had two children with Li, found out that she had been having an affair with his friend, Bayat, and they broke up last year. Though they were not married, Li apparently offered Green a lump sum of $20,000 as well as palimony payments of $4,000 a month, as well as a Range Rover, but things turned tense after Green refused to sign a mutual separation agreement to this effect, which was written in October. The custody arrangement appears to have been the sticking point.

Green, a culinary student at Le Cordon Bleu College, was apparently a doting parent who was working two jobs to get his own place. 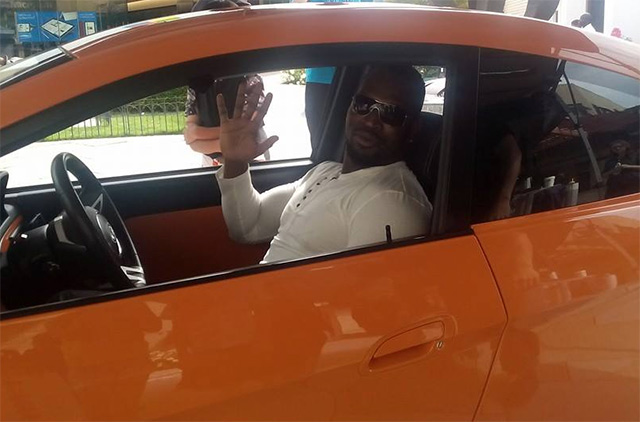 The Mercury News reports that Bayat had recently been living with Li in a Hillsborough mansion that neighbors had long found mysterious, with "crews of nannies" coming and going and a "fleet of exotic cars in the driveway" including a Rolls Royce, a Ferrari, and a high-performance Mercedes. Both suspects were arrested early Saturday morning after a SWAT team descended on the home. Adella, who lives in Burlingame, was arrested the night before.

The mansion was reportedly bought for Li by her wealthy Chinese mother. 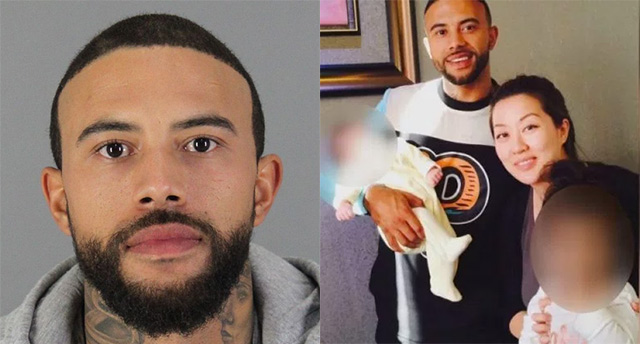 The victim, Keith Green. At right, a photo, possibly from last year, of Green and Li with their two children.

Green was reported missing by roommates on April 29 after he failed to return home following a meeting with Li at the Pancake House in Millbrae the night before. Strangely, he had left his wallet and keys behind. His cell phone was later discovered in the rose garden in Golden Gate Park, and his body then was found two weeks later by homeless outreach workers near a homeless encampment in Healdsburg, with a bullet through his neck.

Li, Bayat, and Adella have all been charged with first-degree murder with a special allegation for being armed with a firearm, according to KRON 4. All three were arraigned on Tuesday.

After speculation that appeared to verge on conspiracy theory, Paypal cofounder Peter Thiel, a Silicon Valley billionaire, Facebook board member, and pledged Trump delegate, was revealed this week to have been footing the