Google put forth a proposal this week addressing what it views as the under representation of women in the world of emoji. Specifically, the Mountain View-based company argued in a Tuesday presentation to the Unicode Consortium that working women do not currently have a place in the emoji-sphere, and suggested 13 new graphic representations as a first step toward changing that.

"We believe this will empower young women (the heaviest emoji users), and better reflect the pivotal roles women play in the world," wrote four employees of the tech giant. "No matter where you look, women are gaining visibility and recognition as never before. Isn’t it time that emoji also reflect the reality that women play a key role in every walk of life and in every profession?"

Suggested emoji are meant to cover several different professions, and are segmented by industry. One would represent a "scientist, chemist, [or] lab technician" for example, while another would serve as a stand in for a "software engineer, person coding, [or] working on laptop." These would be in addition to existing female emoji that just include mothers, a dancer, two women dancing in bunny outfits, and "doing my nails."

The proposed professions represent an effort by the company to closely align with working reality — pulling data from the Bureau of Labor Statistics, and the US Department of Labor (among other sources) to inform the selection process. "Given the fact that women are the most frequent emoji users," the presentation explained, "and that they span a wide professional spectrum not yet reflected in current emoji, we want to help address this pressing matter of equality."

Interestingly, Google is not the only company trying to spur the creation of new emoji. Condom manufacturer Durex is in the midst of a social media campaign to convince the consortium to add a prophylactic emoji. 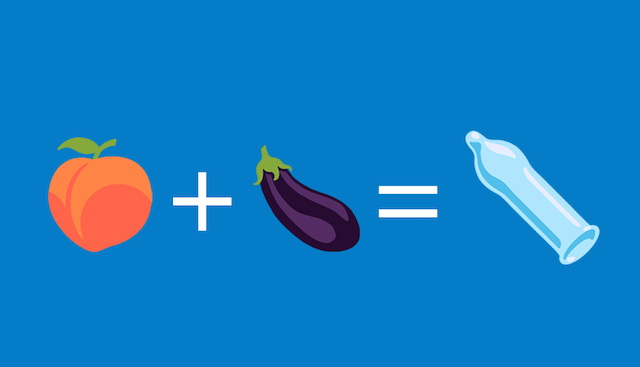 And while we're not sure whether the Unicode Consortium is interested in putting a condom on your eggplant, the nonprofit does seem amendable to Google's proposal. Jeremy Burge, who is on the Unicode Consortium’s Emoji Subcommittee (yes, there is such a thing), told the Guardian that the plan is "pragmatic from an encoding point of view” and "could be put on phones this year, rather than waiting 12 to 18 months for Unicode 10."

So if all goes according to plan, your phone's emoji keyboard may soon make a small stand for women in the workplace. But what if you need to communicate that your Netflix and chill night will be safe-chill only, and only an emoji will do?

Related: Now Your iPhone Comes With A Burrito Emoji

Even with a plan to manage SF's formally-informal weed-honoring "holiday" of 4/20, the San Francisco Police Department captain whose station takes the brunt of the event's impact is calling for the city

The Bach blasting from speakers through the night above the Grove and Market Street Burger King began several weeks ago, or so a tip to SFist claims. As anyone who has tried to