Local street artist fnnch (pronounced like the bird) has just committed one of his "random acts of art" in Duboce Park, adding fun dog stencils  including the Jeff Koons tribute above  to the existing, city-made sidewalk-marking stencils indicating on-leash areas for dogs.

Both Curbed and Hoodline point out the stencils and many people have already been Instagramming and tweeting them, in the last 24 hours.

Of course there is also an origami corgi. 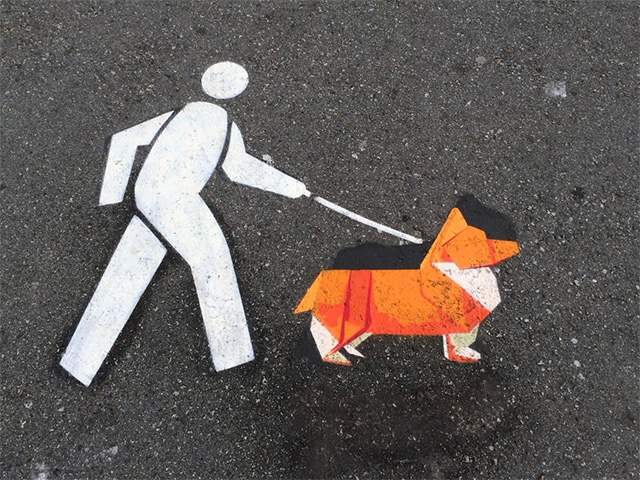 And a pug on a skateboard. 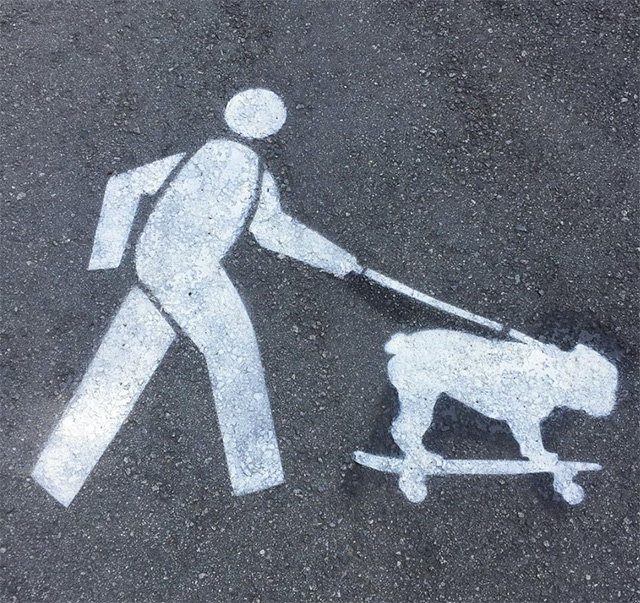 #Dachshund in Duboce Park There are 8 total dog walkers in the park. 3 of them (incl. this one) I repaired from the last time I painted these a few years ago. #fnnch

You can see more of fnnch's art around town, like in the Bayview, where he's been painting ladybugs on the sidewalk.

The #bayview has new art. Thank you @fnnch for lending your talent. @TyraF @earlsbread pic.twitter.com/hdGqaLS2Wv

Or these sea turtles.


@fnnch putting up an epic stencil wall. Quite possibly the largest stencil piece in the city! #wip #seaturtles #fnn pic.twitter.com/E9ZRxfmJA7

Or this honey bear on Divisadero.

Giant #HoneyBear on Divis should be visible to all cars heading south!#fnnch pic.twitter.com/FOjnFbIcqt

Or his variations on the bear, like the Star Wars bear, the Magritte bear, and the Bowie bear, on mailboxes around town.

With car break-ins hitting a five-year high this past summer in San Francisco, and our fair city having the highest per capita property crime rate in the US (something even the New York

SFist tipster Harvey Stafford snapped this advertisement in an area BART station, and added the conspicuous-in-its-neutrality remark that "A lot of people in Oakland have some very strong opinions about it." ALL POSITIVE