The Transbay Transit Center, a megalithic project from designers Pelli Clarke Pelli Architects that's underway at 1st and Mission Streets, was originally going to be covered in glass. Alas, in order to shave down costs on the expensive hub, which will ultimately bring together 11 different transportation under one roof, the glass was swapped for patterned aluminum paneling. The first of the panels was unveiled in March, and now teams have assembled some of them in groups of 18 or so, and begun placing them around the building. Curbed and Socketsite were hip to to the news first. 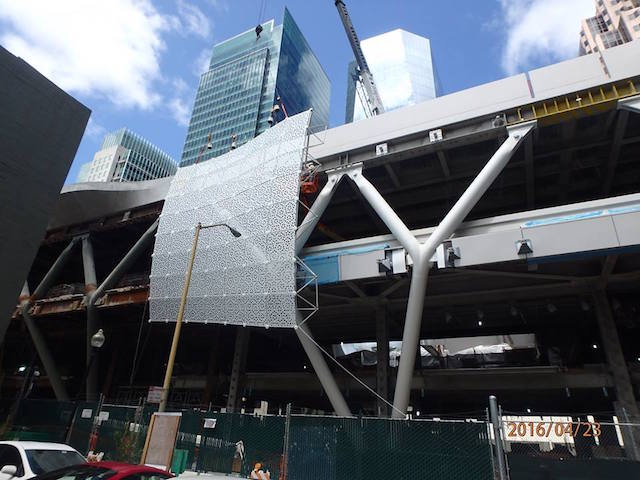 As we've noted earlier, Phase Two, including that much ballyhooed rooftop park and the Caltrain connection, could cost another $2.5 billion based on current estimates. Good thing the panels saved that money — $17 million of it, to be exact.

It's a terrifying twist to an already tragic tale. Friends of Golam and Shamima Rabbi discovered the San Jose couple, dead from gunshot wounds, inside the family home on Sunday after coming to

Video depicting a woman pulling her dog along with a rope while she drives a car has resulted in allegations of animal cruelty and an investigation by Stockton animal services. The cellphone video,