As the rave reviews and gushing Facebook posts continue to pour in over Beyoncé's new album Lemonade  which, by the way, just arrived on iTunes last night at midnight because, ahem, Tidal sucks  this is just a public service announcement to remind Bay Area Bey fans that she'll be making a return to Levi's Stadium on her Formation World Tour on Monday, May 16, and there are still tickets available starting at $45 (and going up to like $700).

Queen Bey of course made local headlines in February when she appeared at Levi's during the Super Bowl Halftime Show, and her Black Panther-inspired dancers were photographed holding up a sign in solidarity with protesters of the Mario Woods shooting.

This time, she'll get to rule the stage without Chris Martin trying to steal any of her spotlight, and she'll presumably be doing a lot of numbers off of the highly personal new album  including the Black empowerment hit "Formation" that she performed during the Super Bowl show. 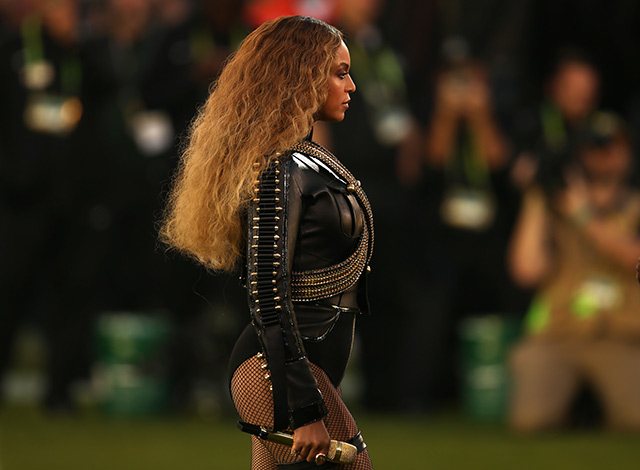 Following her show here, she'll head to Seattle, followed by Canada and the Midwest. And, most oddly, though she's doing shows in both Houston and Dallas, there is no New Orleans date scheduled on this tour despite the fact that the city serves as a backdrop and touchstone in several videos on the visual album. At least not yet.

Anybody want to take some odds that she's working up a Prince tribute for this leg of the tour?

Def not sitting around on this beautiful Sunday making GIFs of Beyonce smashing things pic.twitter.com/tnEZVhH71G

Beyonce in her Black Panthers look at the Super Bowl. Photo: Getty Images

The Houston Rockets are who we thought they were. With Sunday’s 121-94 win over the Rockets, the Warriors took the series lead to 3-1 and will be coming home to Oakland to

Warriors fans are in a mild state of panic today after a first-half injury in Sunday's game four against the Houston Rockets put powerhouse Stephen Curry out of commission. SB Nation reports that

—
Reminder: Beyoncé Plays Levi's Stadium May 16, And There Are Still Tickets
Share this