The Clay Theatre (2261 Fillmore at Clay) was built in 1910 as one of the first picture palaces in San Francisco. In 1972, the first midnight showing in the city was hosted here: The premiere of John Waters' Pink Flamingos. But today, with its single screen in an era of multiplexes, 3D flicks, and newfangled options like the Kabuki and the Alamo Drafthouse (who serve wine, beer, and food), the Clay is a bit like the movie theater equivalent of Norma Desmond from Sunset Boulevard.

"Our current situation is not sustainable," architect Charles Kahn of Kahn Design Associates, who will lead a renovation of the cinema, tells Hoodline. "We've been trying to figure out a way to get people back to the theater," he said, "but it's hard to compete with those with that have multi-screens."

There isn't room for another screen, although that appears to have been considered. Instead, food and drinks could be the ticket: In addition to new, digital projection and ADA-accessible bathrooms, the current idea calls for some seating with tables and a restaurant use permit from the Planning Department. From there, the theater may apply for a beer and wine license."We hope the additional revenue will fund those improvements, and people will start coming back in the numbers they used to," Kahn Said. 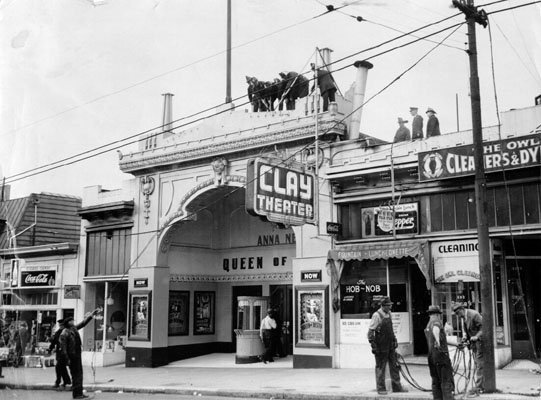 The Clay has been in dire straits before. A chain of independent theaters, Landmark, which also operates the Embarcadero Center Cinema and the truly bedraggled Opera Plaza Cinema, took over management of the Clay in 1991. That deal almost fell apart at one point, but the New Fillmore wrote in 2010 that an 11th hour deal kept the show going. 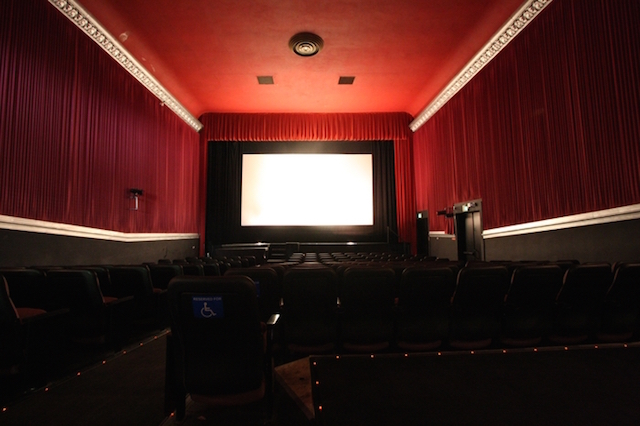 For the moment, the Clay will keep running, business as usual. On the calendar this Sunday? A a midnight showing, naturally — this week, as many others, you can catch The Room, with writer/director Tommy Wiseau in attendance.

Michael B. via Yelp

As SFist reported exclusively last week, the Viking Room at Cafe du Nord, which opened last year with the promise of offering a full dinner menu in a sort of supper club environment

Your browser does not support iframes. It was a scene almost right out of The Birds at AT&T Park Monday night as the Giants were in the process of losing to

—
Historic Clay Theatre Readies For Renovation, Could Add Dining And Drinks
Share this