Last week, here on SFist, I got a little mad at Gawker editor Hamilton Nolan for stepping into a discussion about San Francisco's housing crisis  a discussion in which he really does not belong, especially not after this topic has been well covered for several years now, and a blog editor in New York responding to a Times piece and calling us assholes with a reductive and uninformed opinion is about as useful to our housing problem right now as a Donald Trump presidency would be to Mexican immigrants. I even used some crude language to throw the argument back at Nolan, given that Gawker's only job right now should be staying afloat amid a major defamation lawsuit from Hulk Hogan and monitoring the every move of former Laguna Beach star Kristin Cavallari. It turns out that the piece, for obvious reasons, pissed a lot of people off, including Planning Commission vice-commissioner Dennis Richards  a Duboce Triangle resident who is likely going to run for Scott Wiener's supervisor seat in District 8. Richards, though, took to Twitter over the weekend to react very angrily to all the naysayers, and caught the attention of C.W. Nevius.

To be clear to all the commenters who don't understand otherwise, I am well aware that San Francisco screwed itself on multiple levels over multiple decades in terms of housing density. This is not, simply, a preservationists and NIMBYs versus new people argument, though NIMBYs and anti-development activists certainly bear some blame. My biggest point was that Gawker didn't need to be jumping into the fray so late in the game to say something bombastic and dumb from a place of almost total ignorance of the situation on the ground. It's not as if housing production stopped, there is a lot being built now which, sure, still won't be enough, but as San Francisco weathers this storm, some jerk in New York need not write us all off as a bunch of provincial assholes.

Richards really couldn't contain himself, though, and he stands behind his rage by not deleting any of the tweets  despite becoming, potentially, a political candidate in the near future. Afterwards he told Nevius he regrets the outburst slightly, saying, "This is the first time I’ve done it. Once you send out the first one you feel better. Then you send the second one. And you think, well that wasn’t very professional, but it definitely felt good at the time."

Nolan, of course, is just amused by the whole thing, saying, "I saw that he was having a hissy fit. A lot of people do that on Twitter, but usually not government officials  which is what makes it fun.” 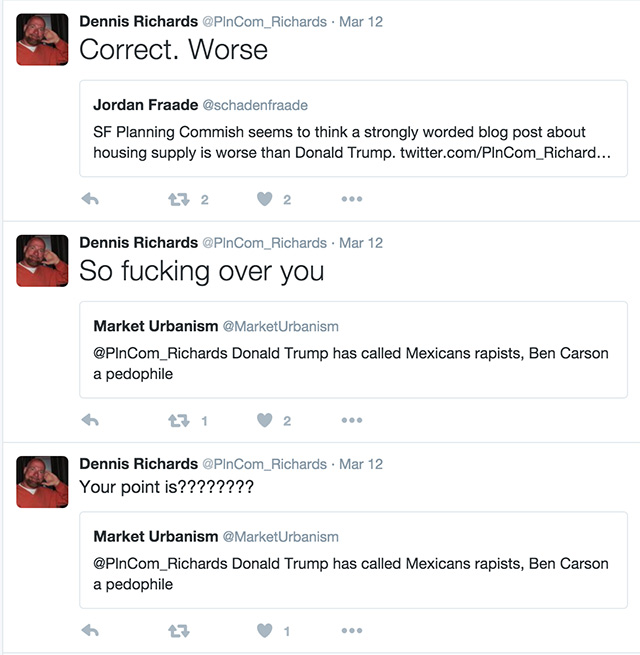 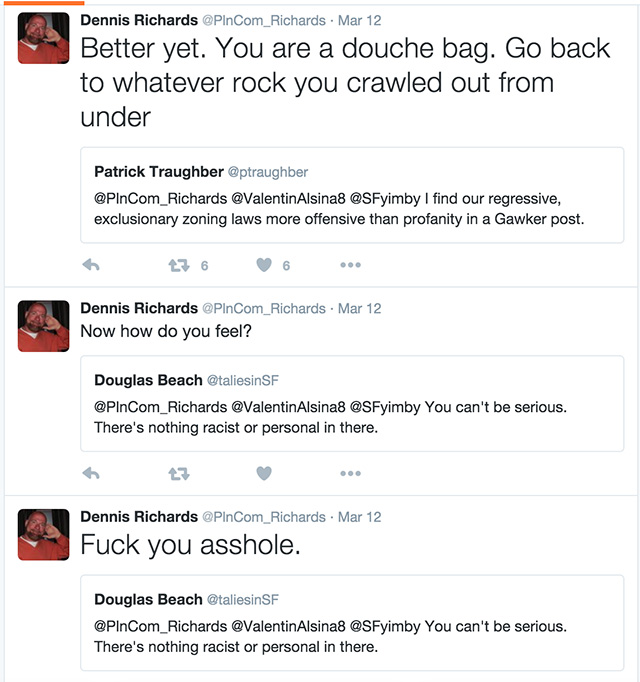 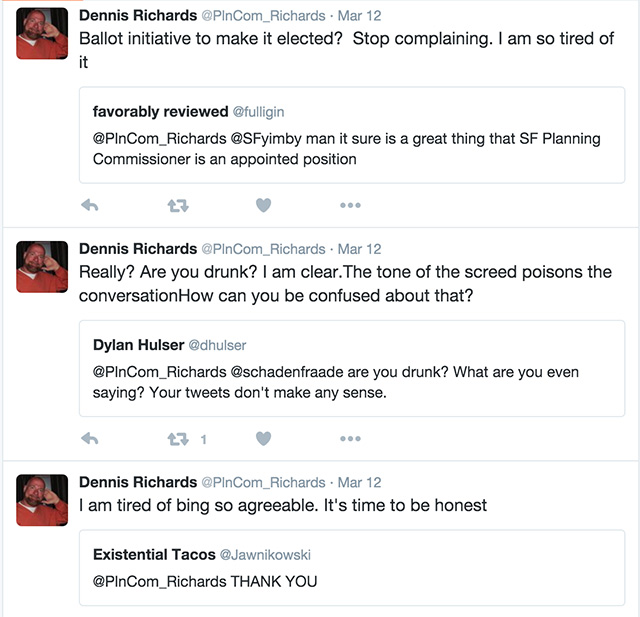 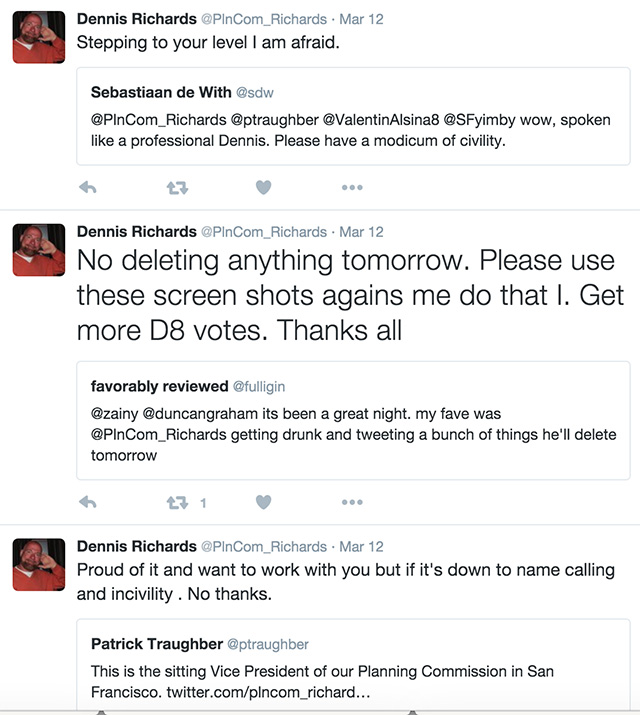 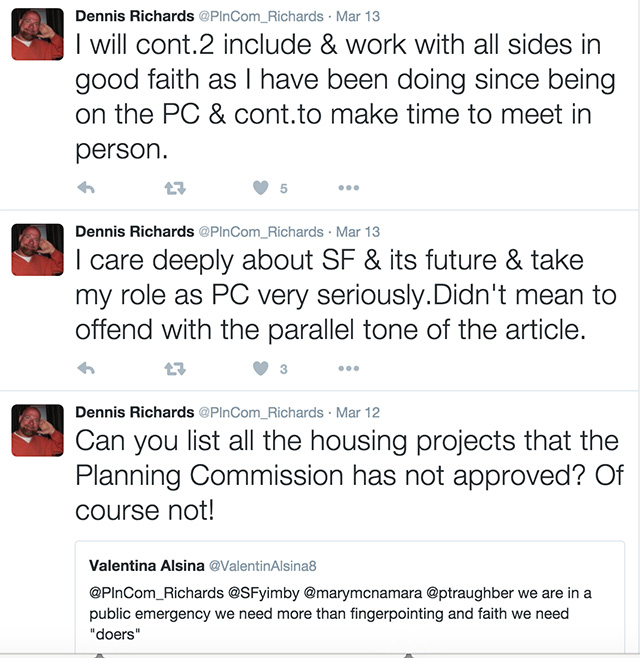 Though the spot on the Planning Commission is an appointed one, Richards will need to take it down a notch, publicly, if he wants to be a supervisor. We all remember how London Breed got sucked into the Twitter-rage fray once upon a time? Her Twitter composure is a whole lot more measured and boring these days, after this happened. These days, she says, "I hate Twitter. I hope it goes away and never comes back."

Wicked, the 10th longest-running musical on Broadway, has returned to San Francisco for the first time since 2013. But Wicked and San Francisco have a long history, as it was here that the

In what can only be called a disturbing trend, a fourth UC Berkeley employee in under six months has been accused of sexual harassment. Assistant men’s basketball coach Yann Hufnagel, reports KQED,