Also, being Merkley  if you need to get a better sense, you can read this 2008 interview with Violet Blue in the Chronicle, or see some of his less than recent NSFW work on Flickr  he's pretty funny with his descriptions of the place.

You'll hate it here. San Francisco is terrible. Nobody likes this city. The food is blech, the weather is awful, there are packs of wild dogs and flocks of screeching parrots coming at you from all directions.

Every street is an uphill climb both ways.

I'm being totally serious, the hills actually switch depending on which direction you go and every 45 minutes there's an earthquake that opens up the earth beneath your feet swallowing up all your friends.

Ok I made that last part up.

It's a studio  Merkley apparently owns two units in this building, and lives downstairs  but it looks enormous, and it sleeps 4. But at $150 a night, it's a pretty swell deal for a couple too. And it's perfect for any friends in town who want to have an authentic run-in with a real San Francisco character. 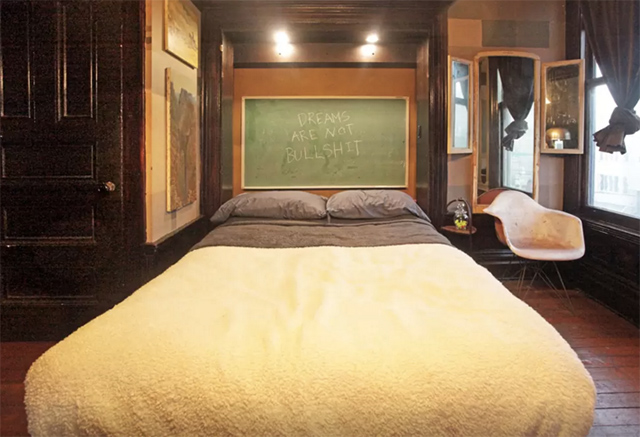 This house is OLD. It was built in 1885 by some weirdo named William Crocker who thought Victorians were pretty neat. Boy was he some sort of narcissist, he ran for mayor in 1909 and came in 3rd.

Nobody ever bothered ripping out all the fancy details that come with Victorians so you'll be surrounded by all that bullshit, plus the guy that has owned the place for the last 20 years is some bearded guy named Merkley. He is writing about himself in the third person. He thinks people like interesting things and details so he made the apartment reflect that sort of nonsense.

Have fun rolling your eyes.

He might invite you to drink in his apartment downstairs. He's "friendly" and "entertaining". Gross. He sometimes entertains pseudo "celebrities" and "artists". Luckily you don't have to have drinks with him. It's still a free country, thank goodness.

He is an idiot.

He probably won't want to take your picture though. Note: He enjoys vodka and chocolate milk, and he's friends with Gwen Stefani.

One more look at the apartment, and then if you keep scrolling you will see an NSFW example of his most recent work shared on social media, from a year ago, which was a "seven dwarfs" piece made for "the Never Never Ever Land show at Wonderland SF." 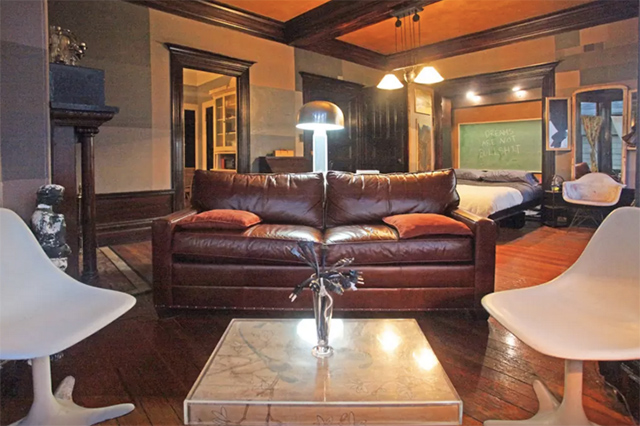 I made this for the Never Never Ever Land show at Wonderland SF this Friday. It's Snow White and The Seven Dwarfs.

Two University of California at Berkeley fraternities are under scrutiny this week, after the school sent a crime alert out to students warning that four female students might have been drugged at their

A proposal authored by Supervisor Malia Cohen to give the Office of Citizen Complaints complete authority to investigate all police shootings is moving forward, the Examiner reports, with the Board's Rules Committee sending