“Any special offerings today?” Archbishop Franzo King asked his congregation when passing the collection basket at Sunday’s service. “Did somebody come and bring $10,000?” The Archbishop’s congregation is that of the St. John Coltrane Church, a San Francisco institution that has held a jazz-based religious mass using the music of John Coltrane for the last 45 years. The church has been delivered an eviction notice at its Fillmore and Eddy Street location, and SFist was on hand Sunday to get pictures and video of what well may have been the church’s last service in the Fillmore District. 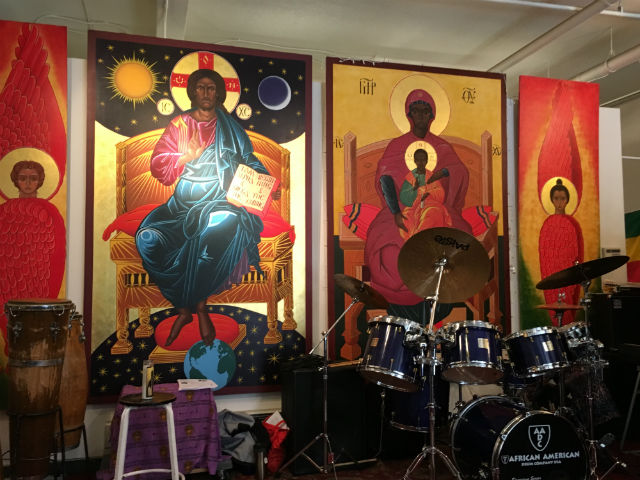 While the eviction seems likely, the church continues to fight it. “We may be here next Sunday,” Archbishop King told SFist hopefully. But if yesterday was the church’s final service, the video below shows the concluding number “Psalm 23 - Acknowledgement” from Coltrane’s album “A Love Supreme” that ended Sunday’s mass with a lengthy jam featuring two saxophones, a baritone sax, drums, bongos, keyboard, a trumpet, harmonica, a tap dancer and a couple of toddlers on the tambourine.

“When we started this church, I couldn’t play dead on the saxophone,” the archbishop-saxophonist quipped before the service. 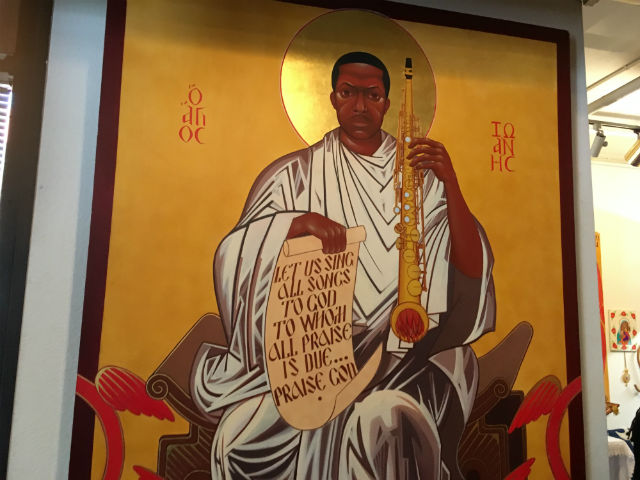 The looming eviction does not mean the end of the Coltrane Church. But it may end the church’s presence in the Fillmore’s “Jazz Preservation District” after their previous tenures on Divisadero Street and Gough Street locations. “Ain’t no doubt about we’ve been struggling with the rent,” Archbishop King told the congregation. “I don’t know anyone in this city who’s not struggling with their rent.”

Technically, the very last song performed at Sunday’s service would have been the solo, a capella vocal homage seen below.

But the church continues to hold out hope that they can remain at Fillmore and Eddy, and is pursuing several different avenues to remain at their current location. At Tuesday’s Board of Supervisors meeting, Supervisor Eric Mar will introduce a resolution honoring the Coltrane Church for Black History Month and supporters are encouraged to attend a 2 p.m. rally beforehand on the steps of City Hall. A change.org petition protesting the eviction currently has more than 2,500 signatures. A March 20 demonstration supporting the church is also in the works, so check the Church of St. John Coltrane Facebook page and Twitter feed or listen to their show on KPOO Tuesdays 12 p.m. - 4 p.m. for more information.

It may have been but a matter a time. A February 18 statement by the Consumer Product Safety Commission asserts that tweens' favorite mode of transportation, the hoverboard, poses a fire hazard and

—
Video: The Church Of Coltrane's (Possibly) Last Service In The Fillmore
Share this