Much like the "Judgmental Maps" of the South Bay and San Francisco before it, a new cartographical catastrophe awaits in the Bay Area according to Urban Dictionary.

The premise: Place the definitions of towns and neighborhoods from that godforsaken website onto their geographic counterparts.

Fortunately, according to the map designed by 19-year-old University of Chicago student Sasha Trubetskoy and plugged by the Atlantic's CityLab, things weren't as offensive or awful as they could potentially have been — and in fact were in a previous effort.

As Trubetskoy writes: "Combing through Urban Dictionary entries for Bay Area cities and towns, I noticed right away how much less negative the entries were when compared with Long Island." That's some faint praise.

Alright, well, have a peek, and don't say you weren't warned. This is Urban Dictionary, after all, its very name loaded with coded language. 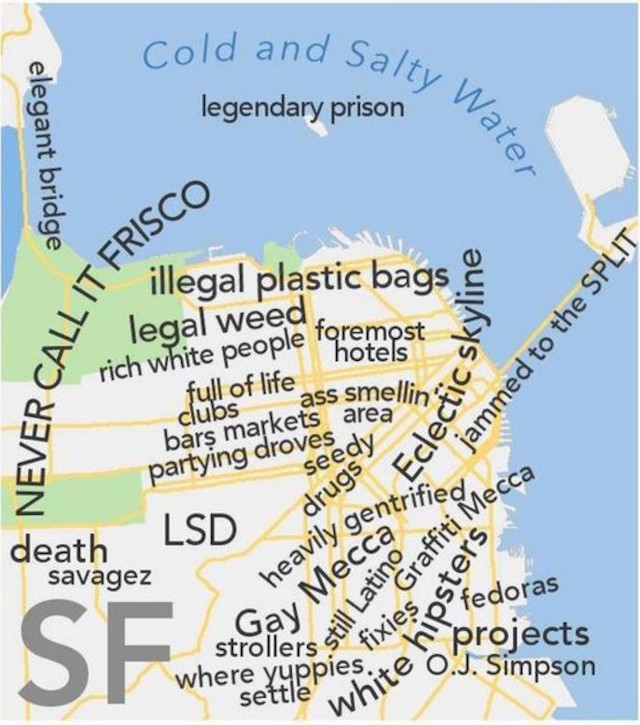 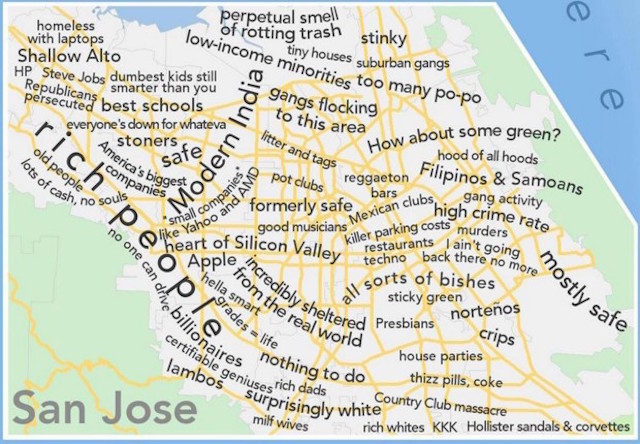 This week we alerted you to the best all-you-can-eat deals in the city, learned that Sparky's Diner had closed, advised you to go eat at Cadence, and found out that Alfred's steakhouse had

That bright glow that appears to be lava? Don't worry. It's just light reflected on the Horsetail waterfall. The phenomenon referred to as the Yosemite Firefall, the Chronicle writes, is just observable twice