Storytelling events where a mix of local luminaries and everyday raconteurs get onstage — and for some reason choose to relive their most embarrassing and awful real-life stories — have become increasingly common on both sides of the Bay. Here, we tell it like it is with a list of our favorite such spoken word shows in San Francisco and Oakland. 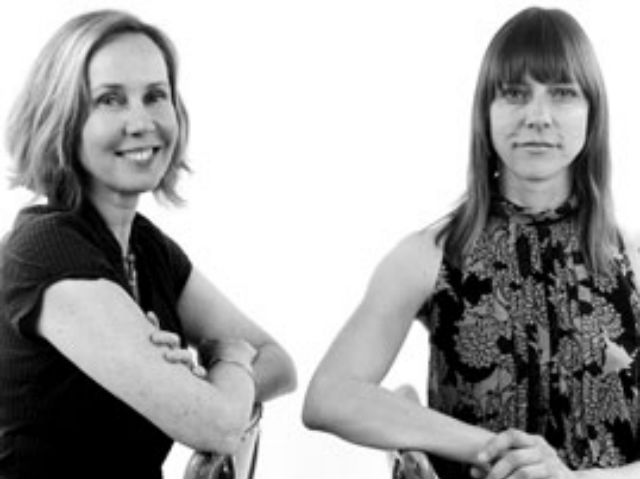 Porchlight
The Bay Area’s longest-running storytelling show, Porchlight is the rib-tickling love child of SF author Beth Lisick and Arline Klatte (above). Now nearly 14 years running, Porchlight often garners a big stage at events like SF Sketchfest and the San Francisco International Film Festival. While regular monthlies are usually held at the Verdi Club, the troupe also puts on a smaller open mic event called Porchlight Open Door at the Hemlock Tavern, awarding all storytellers a free drink and the evening’s best storyteller, as selected by a random audience member, a bag of hot nuts, a free pound of coffee, and $50.
Verdi Club, 2424 Mariposa St., with Porchlight Open Door at the Hemlock, 1131 Polk St., on the last Monday of each month.

Bawdy Storytelling
Yes, that is the Dan Savage above, appearing at the perviest storytelling event of them all: Bawdy Storytelling. Bawdy’s “tales of love and lust gone wrong” now spans not just SF but also Seattle, LA and Chicago, with a national tour in the works. “We lay out how to find community with fellow polyamorists, swingers, foot fetishists, cuckoldees, sex party enthusiasts, dominatrices, kinksters, furries, single-and-dating twenty-somethings and other open-minded folks,” founder Dixie De La Tour told SFist. Bawdy Storytelling crowds are also treated to an icebreaker game called Bang-O, a version of bingo wherein you check your boxes by finding a fellow crowd member who, say, digs anal or has gotten to first base with their cousin.
Verdi Club, 2424 Mariposa St., on the second Wednesday of each month.


TMI
Oakland comedian Gina Gold (above) still holds her monthly Oakland storytelling event but is working out the "kinks" with the Center for Sex and Culture to start an additional San Francisco monthly (Nina Hartley and Carol Queen will both appear at the first one). Still, the East Bay version continues to deliver “raw stories, real spit,” and tonight’s TMI kicks off at their new host venue, Geoffrey’s Inner Circle.
410 14th St., Oakland, third Friday of every other month. 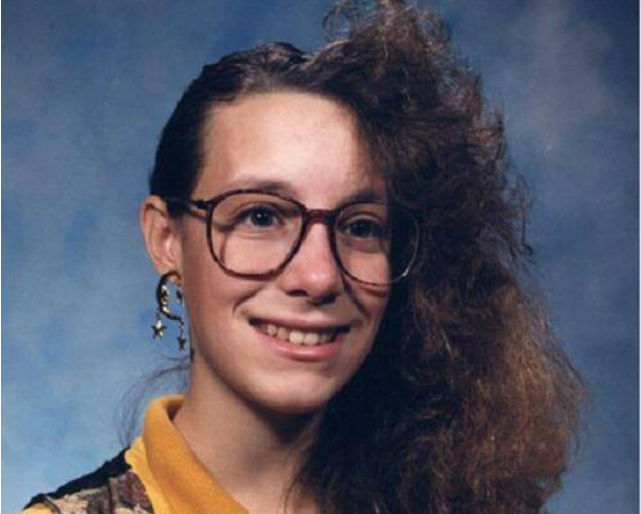 Mortified
The blockbuster event Mortified goes down hard in both San Francisco and Oakland plus dozens of other cities all over the world. With a focus on embarrassing childhood and teen stories, Mortified also incorporates real childhood artifacts like love letters, school photos, and those inexcusable guitar/melodica hybrids that were big for 10 minutes in the 1980s. San Francisco’s Mortified is at the DNA Lounge, Oakland’s is at the New Parish, and both sell out pretty much immediately when they go on sale.
375 11th St., San Francisco, second Friday of each month.
1743 San Pablo Ave., Oakland, second Saturday of each month. 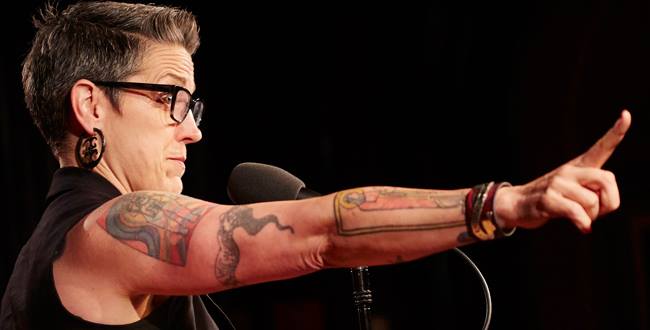 The Moth San Francisco StorySLAM
The Moth probably deserves the credit for kicking off this whole storytelling craze, starting in 1997 when author George Dawes Green held the first Moth events in his New York living room. Now spreading its wings with NPR’s Moth Radio Hour and events in nearly 20 US cities, The Moth StorySLAM includes a monthly installment here in San Francisco at Public Works.
Public Works, 161 Erie St, on the last Tuesday of each month. 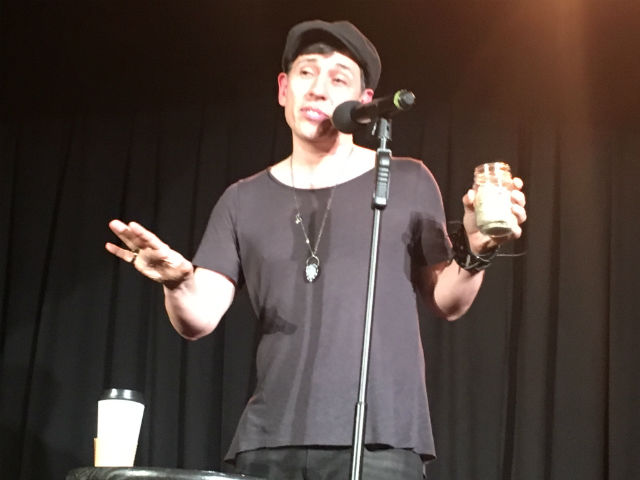 Peaches Christ’s OUTLOUD
“I have a feeling you might be disgusted by tonight’s show,” Josh Grannell, a.k.a. Peaches Christ, told the audience at OUTLOUD’s latest installment, titled "Repulsion." "I wasn't sure if I should tell the smegma story, the accidental diarrhea story, or the nose-vomit story.” Indeed, the evening lived up to its repulsive promise as actor Jef Valentine presented the audience with 13 years of saved-up fingernail and toenail clippings kept in a mason jar. OUTLOUD has even outgrown The Oasis’ smaller Fez Room and is now held on the venue’s larger main stage.
298 11th St., on the second Tuesday of each month. 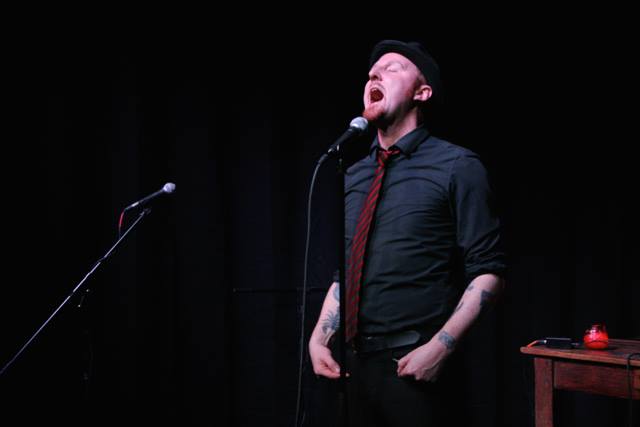 Story Showdown
There is $400 in cash prizes on the line at every Story Showdown, an East Bay storytelling collaboration between Tourettes Without Regrets' Jamie DeWolf and Seduction Feroce's Wonder Dave. “Despite the competitive aspect the atmosphere always remains congenial among the storytellers,” Wonder Dave tells SFist of the cash-money competition held monthly at Awaken Cafe.
1429 Broadway, Oakland, third Thursday of each month.

Fireside Storytelling
Though Fireside Storytelling has a microphone for its logo, it is meant metaphorically and the event purposefully does not employ a microphone. “Many storytellers and performers tell us Fireside is their favorite storytelling event to perform at because the audience is so attentive and the space is so intimate,” Fireside co-founder Tim Pratt mentioned to SFist just after their most previous event themed "Spectacular Injuries." This cozy and personal monthly event feels like an actual gathering among friends around a fireside, and is now held at the San Francisco Institute of Possibility.
3359 Cesar Chavez St., on the second Wednesday of each month.


The Shout
What’s unique about The Shout is the addition of several ‘wild card’ slots where audience members whose names are drawn from a hat are given their own six-minute slots to tell stories. “It's like a great party in your living room, only there is a microphone and someone else cleans up,” co-founder Cassidy Brown says, though The Shout is not in your living room and is instead at Oakland’s perch coffeehouse.
440 Grand Ave., Oakland, on the second Monday of each month. 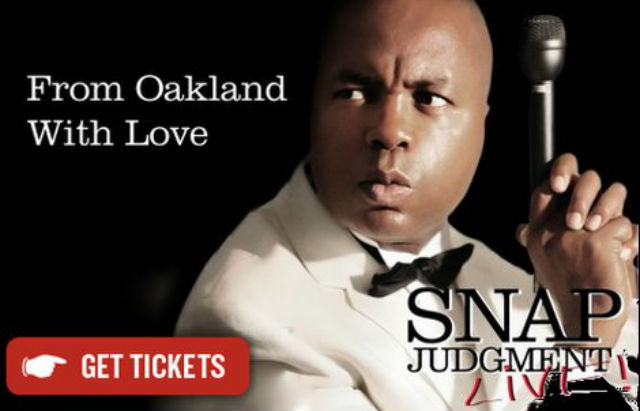 Snap Judgment
Oakland’s Snap Judgment has also graduated into a weekly NPR program, but still has occasional live events in Oakland. Hosted by NPR’s “great black hope”, Glynn Washington, Snap Judgment snaps back to the Paramount Theater at the end of this month for an event to be taped for a TV special.
2025 Broadway, Oakland, Saturday, February 27, 8 p.m.

In what some are hoping is a sign that the San Francisco housing marketing is cooling a bit, the percentage of homes flipped in 2015 represented a decrease over the previous year. Flipping

This week we alerted you to the best all-you-can-eat deals in the city, learned that Sparky's Diner had closed, advised you to go eat at Cadence, and found out that Alfred's steakhouse had

—
The 10 Best Storytelling Events In The Bay Area
Share this