My opinion of Coen brothers movies tend to fall into one of four categories:

I can definitely say Hail, Caesar! doesn't fall into the first or the fourth category; but until I get a second viewing I can't be sure whether it falls into the second or third.

Set in very early 1950s Hollywood, the story centers on Capitol Pictures "fixer" Eddie Mannix (Josh Brolin), a man whose main job is getting the studios' stars out of the jams they inevitably find themselves in.

Eddie Mannix was, in reality, an actual Hollywood fixer, who worked for MGM for over four decades. He was also a notorious philanderer, wife-beater, and possible murderer. (For the full Eddie Mannix story, I highly recommend this episode of the podcast You Must Remember This.)

The Coen brothers' version of Mannix is, appropriately enough, a bit whitewashed, as though he went through the "Mannix fixing machine" himself. He goes to confession, is faithful to his wife, and is very devoted to his job. Of course, most of his day is centered around lying to cover up the so-called moral failings of the actors, producers, and directors that work for the studio, but that's on them, you see, not him.

The film follows Eddie during a hectic 24 hours on the studio lot. He's got to figure out how to cover-up the illegitimate pregnancy of the studio's Esther Williams-esque star Deanna Moran (Scarlett Johansson); help the studio change the image of their singing cowboy star Hobie Doyle (terrific newcomer Alden Ehrenreich) by setting him up with Carmen Miranda-esque star Carlotta Valdez (heh) and aiding his transition into a sophisticated drawing room comedy directed by the very British Laurence Lorentz (Ralph Fiennes); and, in the film's central plot, find Baird Whitlock, the kidnapped star of the studio's Biblical tent-pole epic Hail, Caesar! A Tale of the Christ. He's played by George Clooney, (thus completing his "Idiot Trilogy" collaboration with the Coens). Eddie must do all this while also weighing a job offer from Lockheed to get out of the Hollywood business and into a "real" career.

The Coens have tremendous fun recreating the elaborate spectacles of MGM productions. The water ballet rivals anything seen in any of Esther Williams' movies, and the scene featuring Channing Tatum in a Gene Kelly-esque On the Town tap-dancing number full of sailors singing about shipping out and the resulting lack of "dames," is played totally straight, until, of course, it isn't. Are they lamenting or celebrating that "no dames" situation? (By the end of the number, it's pretty clear.)

It's eventually revealed that the group that has kidnapped Whitlock, and who call themselves "The Future," are a cadre of communist screenwriters who basically want to do exactly what the Hollywood blacklisters always feared the commies wanted to do: Spread their agenda through their Hollywood screenplays. It's with this plotline that the Coens ultimately falter, and its resolution falls so flat that even two characters in the movie can only react to it with a shrug and a slight, "Hunh."

There are many, many moments in Hail, Caesar! that work great, are funny in the way that only the Coens can be funny, and capture the mood of the era perfectly, enough that I came out of it, as I so often do with them, wanting to see it again. But until I do, I can't be sure if the parts that work will make the parts that don't seem better, or worse.

Pride and Prejudice and Zombies - Everywhere

These genre mashup novels — combining classic stories with fantastical monsters — have never been able to interest me beyond a chuckle, sometimes, at the title and concept. "Heh. Elizabeth Bennett fighting zombies....funny. Wait, it's an entire book? Yeah, no. Not gonna waste reading hours on that." Perhaps you can spare 100 minutes to watch the movie version — at least some of the costumes will be pretty, and star Lily James has her charms — but spare the dollars to do it? Nah, into the Netflix queue with it. 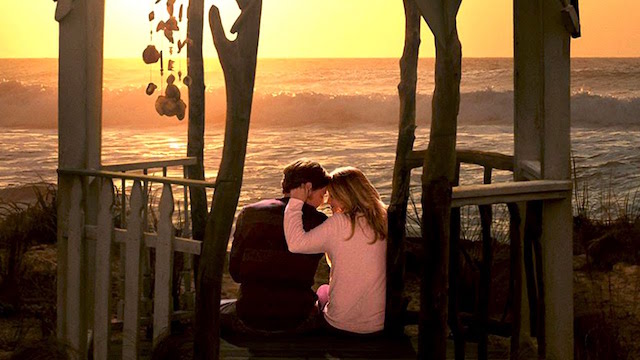 Speaking of saving your dollars! This week you have a new film from the Coen brothers; zombie-fighting in the Regency era; and this romantic drama based on a Nicholas Sparks novel (OF COURSE) about love-at-first-sight, a girlfriend in a coma, and really bad accents (Ben Walker, for shame!).

All I'm saying is: choose wisely.

As discussed back in January, the big-wave surfing competition now known as Titans of Mavericks has been on the horizon for weeks now  each year organizers monitor the swells and call the competition

Yahoo, which will be laying 1700 people off, recently spent about a million bucks to create a motivational employee handbook. This is dot com bullshit at its finest. [SFist] Police say there was

—
SFist At The Movies: Hail, Caesar!, Pride And Prejudice And Zombies, The Choice
Share this